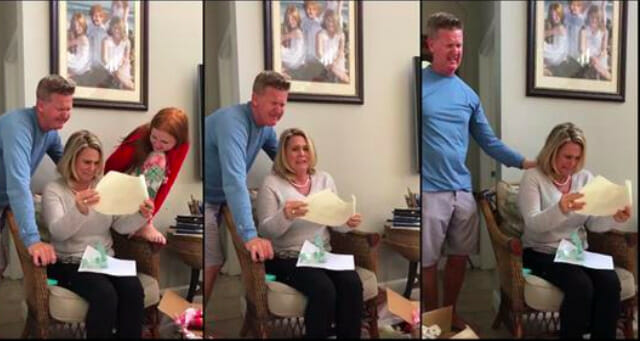 Pavin Smith is probably every parent’s dream son. At just 21-years old, he did something rather exceptional for his beloved mom and dad.

He paid for their entire home. Now they will never have to worry about another mortgage payment again.

Pavin managed to do this despite his young age because he was the seventh overall pick in the year’s baseball draft, signing with the Arizona Diamondbacks of Major League Baseball.

The signing led to a generous $5 million bonus for the 21-year-old first baseman and right fielder, according to MLB Pipeline.

But instead of immediately going wild with the money, the young man set his priorities straight. He knew what he wanted to do first — and that was to pay off his parents’ entire mortgage.

Pavin had often heard his mother, Pam, complain about the mortgage and how his parents had to pay off the family house. Pavin realized the burden and stress associated with that monthly payment.

When Christmas Eve came around in 2017, it was time to reveal his huge surprise. Pavin simply handed his parents a letter which explained his gift.

“Thank you for raising me in a great home filled with love,” the son wrote. “Because of all the sacrifices you made to get me where I am, I want our family home to be yours.”

Thankfully, the whole incident was recorded on film — see it below.

I love moments like these. Simply an amazing act from a genuinely thankful son!

“I just think that takes an incredible amount of maturity for a 21-year-old, but it doesn’t surprise me,” said Brian O’Connor, Smith’s baseball coach at the University of Virginia. “That’s how he’s lived his life. That’s how he was brought up. That’s the values that he has.”

Share Pavin’s amazing and heartwarming gift to his parents on Facebook if this son’s gesture pulled at your heartstrings, too!