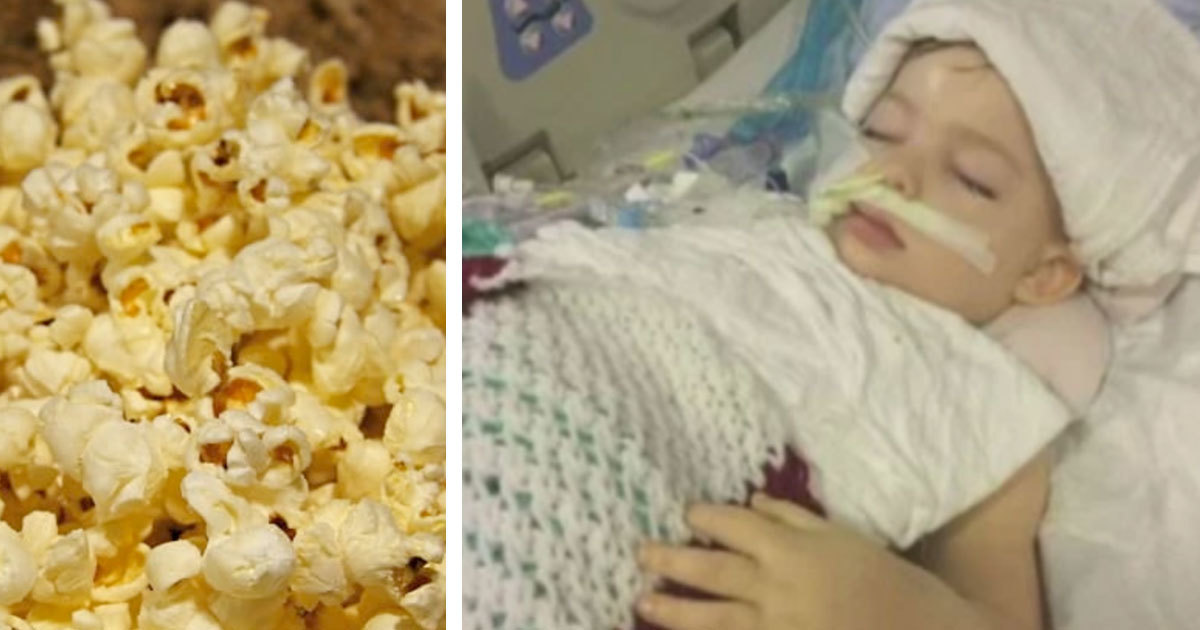 Do you know that according to the American Academy of Pediatrics, choking is one of the most common causes of death for children under three?

Common foods like grapes, sausages, and popcorn kernals are some of the biggest culprits. And the American Academy of Pediatrics says that parents shouldn’t children under five to eat these foods.

There’s nothing more tragic than the death of a child.

Mourning is a necessary and natural response to the loss of a child or close relative. But sometimes, the hope that their child’s death might help prevent similar tragedies from happening provides some measure of comfort to parents.

Mirranda Grace Lawson is a little girl who died in early November 2016, six months after choking on a single popcorn kernel.

Since the tragic death of their daughter, Mirranda’s parents have been raising awareness about the choking hazards that young children face every day.

Alison Lawson, Mirranda’s mother, was celebrating her birthday at home with her husband, Patrick, and their children when the unthinkable happened.

“At the end of Alison’s birthday, Mirranda ran in to the living room.

Those were the last moments they shared before Mirranda fell to the ground; they swept her mouth, nothing; Pat started CPR.

The ambulance got there. Mirranda’s heart stopped.”

There was nothing in Mirranda’s mouth, but a small popcorn kernel had gotten lodged in her windpipe and choked her.

On the way to the hospital, paramedics managed to get Mirranda’s heart pumping again, but the little girl’s family had no idea how serious her injury was.

When Mirranda arrived at the emergency room, she was immediately put on a respirator.

Her family kept their fingers crossed, but tragically, Mirranda’s doctors soon realized that the three-year-old was brain dead.

The Lawson family fought with the hospital to keep their daughter alive, and the case ended up in court.

Hope was running out, but the Lawson family decided to try the case in the Virginia Supreme Court.

While the wheels of justice slowly turned, Mirranda remained in the hospital.

But even if Mirranda’s mom and dad fought hard to keep their little girl, the court was slow to make a decision.

Mirranda’s health suddenly deteriorated and she died in November with her heartbroken family at her side.

And now, it’s up to us to honor Mirranda’s memory and raise awareness about choking hazards so that other children don’t meet the same fate.

How to lower the risk of choking:

If a child is choking, use the “five-and-five” approach:

Watch this video to learn more about what to do if your child is choking:

Feel free to share this important information so that more parents know what to do if their child starts choking!