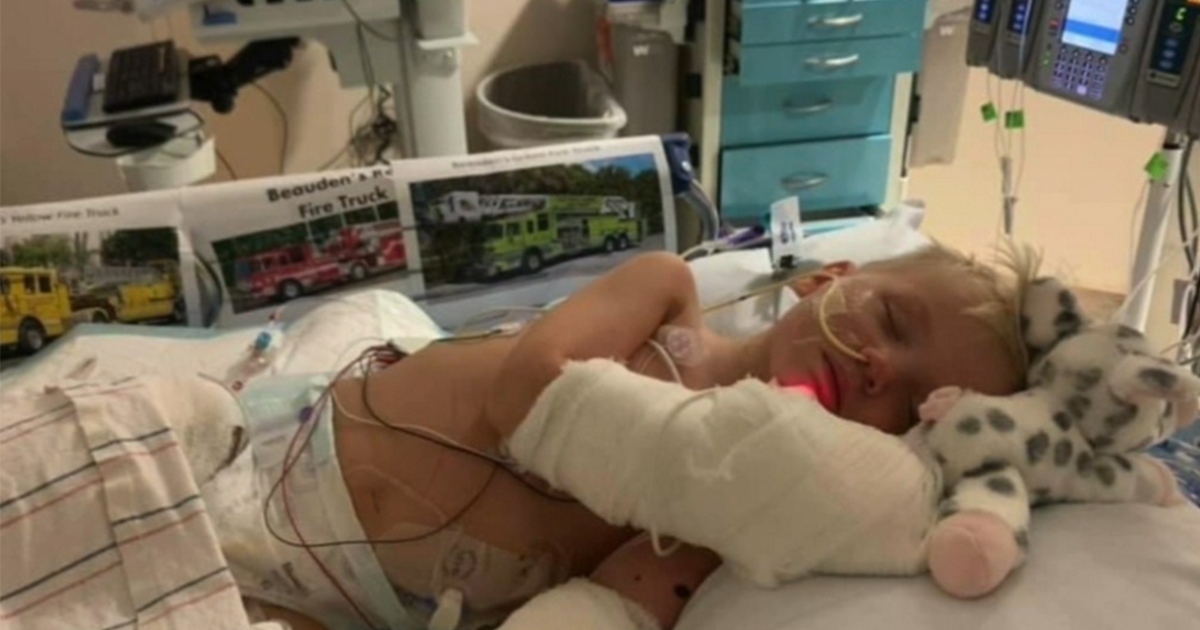 Sometimes life can suddenly take a turn for the horrible, blindsiding us and delivering tragedy when we least expect it.

A San Diego family has been left shell-shocked after their 3-year-old son suffered a minor scrape on a bike ride that turned into a truly heartbreaking situation.

As per reports, the young boy was on a family bike ride when he fell down and scratched his knee.

The 3-year-old boy’s dad, Brian Baumkirschner, said: “He fell down, scratched his knee. We put antibacterial spray and a band aid, and out we went.”

Brian went on to explain how Beauden thought little of the wound, and spent the next few hours riding bikes, running around and playing in the dirt.

By the following morning, Beauden had developed a fever, and it became clear that his right leg (the one he’d scraped) was bothering him. A day later, the 3-year-old had grown visibly fatigued, and so his parents thought it best to seek medical advice.

They rushed the boy to urgent care, and then to Rady Children’s Hospital in San Diego. By then, Brian told how his son’s right knee had swollen and was turning purple.

He said: “It started spreading up his legs, arms, down to this hands.”

After running tests, doctors at the hospital diagnosed Beauden with an MRSA staph infection.

“They kept telling us, ‘There’s swelling. All of his extremities are shutting down,'” Brian continued.

Terrifyingly, Beauden developed toxic shock syndrome as a complication, and his body started to shut down. Sepsis followed, and his kidneys began to fail.

Brian described it as: “Every parent’s worst nightmare. You can’t do anything. You’re helpless.”

Little Beauden underwent several leg surgeries to relieve the pressure, which ultimately saved his life. Sadly, that came at the cost of his legs, which doctors were forced to amputate below the knee on Monday.

As yet the path to Beauden’s recovery is unclear, but Brian is confident his son’s arms and hands can be saved.

A GoFundMe page has been set up to cover Beauden’s medical expenses in the wake of this tragedy. It can be found here.

I can’t begin to imagine the pain and worry Beuaden’s family are experiencing just now. Our thoughts and prayers go out to this little boy as he continues his fight.