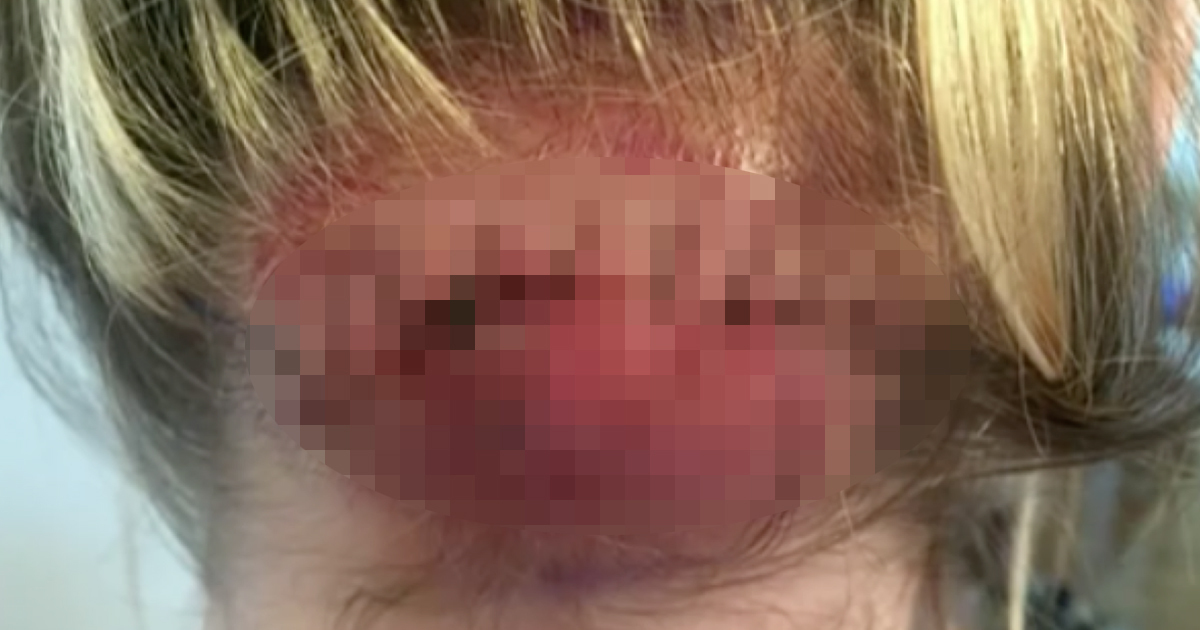 When your body starts looking strange or different, it’s natural to worry.

A lot of people google their symptoms to see if there’s anything wrong. But if the symptoms don’t disappear by themself, most people seek medical advice to make sure they don’t have a serious disease.

When Rachel Sawka, from Manitoba, Canada, realized something was growing on the back of her neck, she went straight to the doctor.

And examining after her, Rachel’s doctor told her that it was a just a cyst and that she didn’t have to worry.

But the growth continued to expand at a furious pace. And despite the fact that Rachel had great faith in her doctor, she decided to get a second opinion.

But the second doctor gave Rachel the same assessment and also sent her home.

Still, the so-called cyst kept growing, so Rachel went to a third doctor and then a fourth. But each time, she received the same diagnosis.

When the cyst grew to seven inches (17 cm) in diameter, Rachel went to a fifth doctor.

But this time was different. For the first time, Rachel felt someone was taking her seriously.

The doctor performed an autopsy on the massive growth and sent samples to the lab. And when the results came back, Rachel’s concern was confirmed. The growth wasn’t a harmless cyst at all, but a rare form of cancer.

Rachel was rushed to surgery to have the tumor removed.

Fortunately, the surgery went well and the four misdiagnoses didn’t cost Rachel her life. But the big scars on the back of her neck will always remind her of the nasty tumor.

Rachel isn’t upset at her previous doctors, but the Winnipeg Regional Health Authority is investigating whether those doctors should have done something differently.

Rachel has also received an official apology from the health authority.

If her doctors had only taken her worries seriously, Rachel wouldn’t have had to have such a major surgery.

How lucky is it that Rachel trusted her instincts and didn’t give up? Otherwise, this story might’ve had a very sad end.

Doctors are clearly experts, but you should still listen to your own body. Share if you agree!