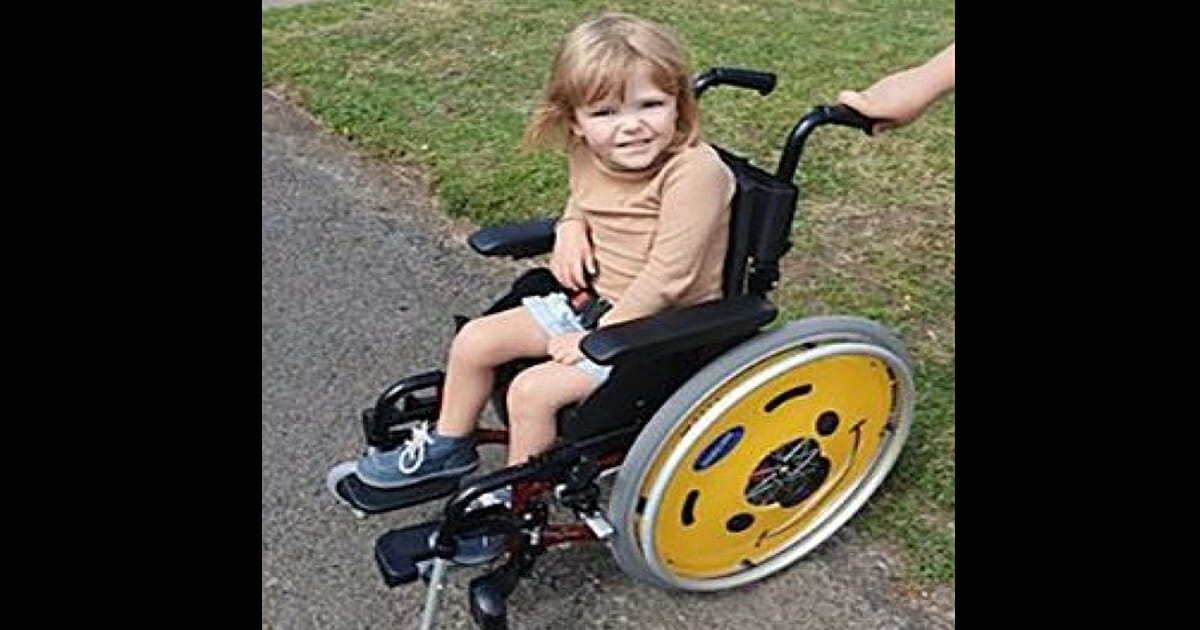 Far too many people in the world today take being happy and healthy for granted. Far too many don’t stop to think of the trials and tribulations others face every single day.

Quinn Ross knows what it’s like when it seems as though the world is against you. The four-year-old was born with a condition called Perthes’ disease and it makes it agonizing for her to walk.

As a result, Quinn uses a wheelchair to get around. Yet one morning, when Quinn was on her way to school with her mom Emma and her big brother Alex, a man took it upon himself to tell her she “shouldn’t have been born” and was a “drain on society.”

32-year-old Emma was left shocked by the abuse. As per Metro, she explained: “The man was yelling in her face, saying she shouldn’t have been born, she was a drain on the NHS, a drain on society and that I should have had her aborted if I’d known she was going to be disabled.

“I pushed him away, power-walked off to school and it was the school who phoned the police.”

What’s more, the ordeal has taken a serious toll on Quinn, who is now in counselling after telling her mom she doesn’t want to be seen in a wheelchair.

“Quinn is now scared of men and doesn’t like going out in her wheelchair,” Emma said. “It left her feeling very angry at the world, but we’ve had a lot of support.”

Police, meanwhile, are treating the attack, which occurred last month, as a disability hate crime.

PC Terasa Holden said: “No-one should worry about leaving home and facing abuse, particularly a little girl who is in too much pain to walk to school because of a rare medical condition.

“My colleagues and I have worked to support Quinn and her family and hope other people will come forward and report this kind of crime.

“We want people to know that we take all reports of hate crime very seriously and will always investigate.”

I can’t imagine what would drive someone to abuse a child in such a way, let alone one fighting a battle against a disability.

Share this article to show young Quinn that she’s not alone, and that she has people out there who will support her!