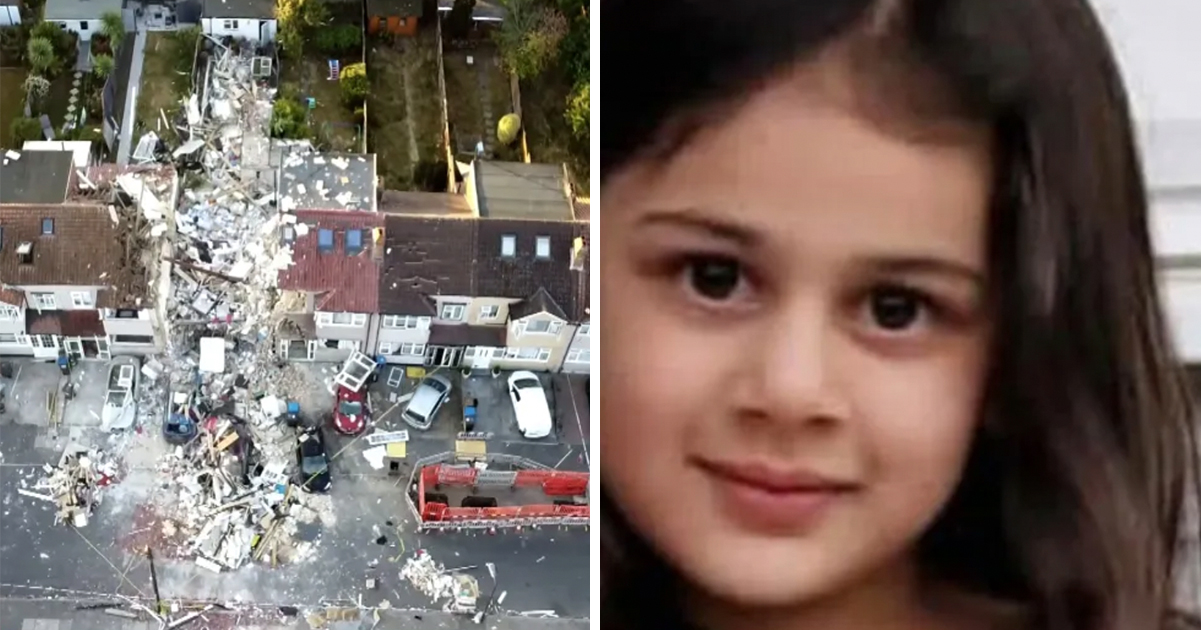 A young girl described as “happy and beautiful” has lost her life in a house explosion just one month before her fifth birthday.

According to tragic reports, mom-of-four Sana Salman, of Thornton Heath, UK, was on the phone with her mother when she heard a huge bang go off close to her family’s home.

Two of her children were in the same room as her when the bang occurred and her eldest was close to the garden. Sana’s youngest child, Sahara Salman, however, was in another room in the property, and when Sana rushed to check on her, she found that the room had collapsed.

Distraught, Sana and her other children made their way out of the building with the help of her father and brother. One of Sana’s uncles forced his way into the home to search for Sahara, but is said to have screamed that he could not find his young niece.

Tragically, during a thorough search, the four-year-old’s body was eventually discovered amongst the rubble.

As per reports, the sudden, violent blast, which Sana described as feeling akin to their building being struck by missiles, was caused by a gas explosion that caused the structure to collapse.

Sana revealed that her mother had noticed the smell of gas on July 30, and placed a call to gas company Southern Gas Networks. An operative with the company made his way to the home, but determined that there was no major issue there.

“Now we’re all suffering – the whole community,” Sana said. “And now we all have to live with the trauma of a little girl dying.”

The grieving mother added that her daughter had passed away just one month prior to her fifth birthday.

“She died a month before her 5th birthday and we had so many plans in place,” Sana told.

“She was starting school in September – her uniform was bought.”

Local councilor Ross Garron offered his condolences to Sana and her family over the loss of their daughter, while mourners lined the street outside of their family home with cuddly toys and flowers.

Gas company SGN released a statement to say they were investigating the blast.

“Following the explosion in Galpin’s Road, Thornton Heath earlier today, our deepest sympathies are with the family of the child who has tragically died as well as those who have been injured,” the company said.

All of our thoughts are with the family of Sahara Salman. Rest in peace, angel.

Losing a child is an unimaginable pain that I hope none of our readers ever have to experience. Please, share this article on Facebook to send warmth and prayers to Sana and her loved ones.