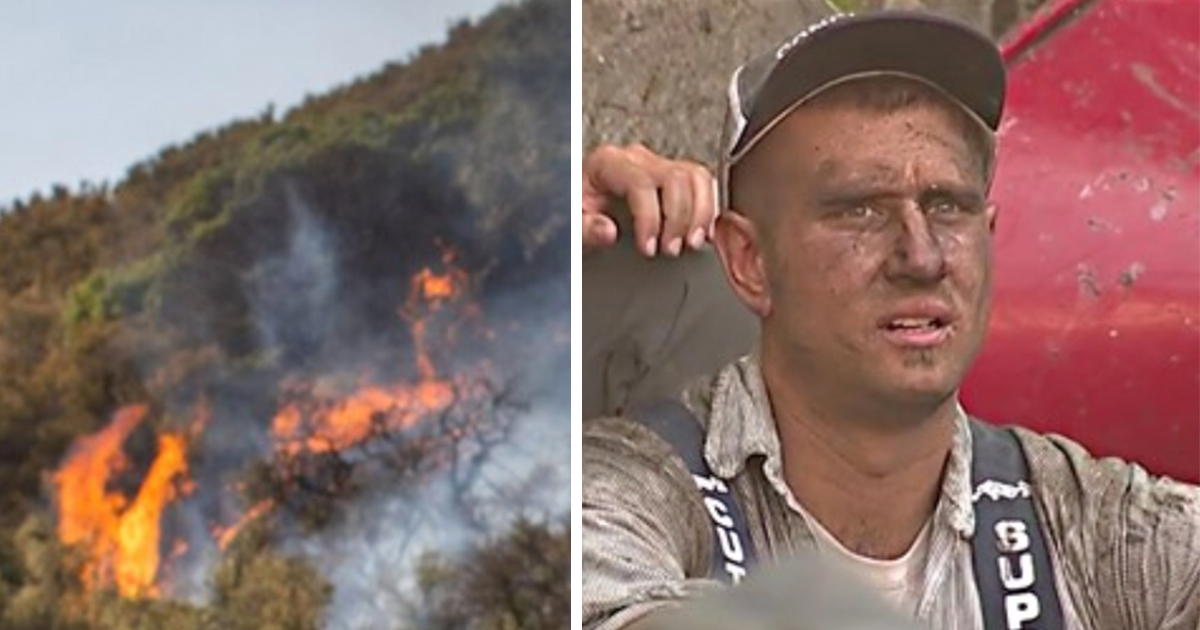 The current wildfires raging across parts of the U.S. are the latest in a string of disasters that will almost certainly leave people wondering what we did to deserve 2020.

And yet in the midst of such carnage there is always hope, and always people who stand up and remind us that anything is possible, any obstacle scalable, when we work together.

As per reports, a group of off-duty firefighters answered calls last week to saving homes that would otherwise have been destroyed in the Sumner Grade Fire in Washington.

Firefighters have been tackling 100-foot flames around the clock, with the fire having seen the evacuation of 7,000 Washington state residents.

One man, Jordan McClain, a resident of Elhi Rim Road, Bonney Lake, refused to leave his home when the evacuation notice was ordered. A first-time home owner and a firefighter with the Puget Sound Regional Fire Authority, Jordan stayed behind to defend his dream home, as well as those of his neighbors.

When he saw the flames approaching his neighborhood, Jordan knew he was going to need more help. He sent out an urgent text message to his fellow firefighters, pleading with them to come to his aid.

Low and behold, within an hour 40 off-duty firefighters had arrived, some of them who had been resting in between shifts.

Jordan said: “It speaks to the brotherhood of the fire service. I don’t know anywhere else where you can send out a text and have 40 guys responding within an hour to be here.”

The makeshift task force used garden hoses and donated equipment to keep the flames at bay. By the time their efforts were over, several homes were saved that would otherwise have been razed to the ground.

Latest reports detail how the Sumner Grade Fire is still not completely contained, though firefighters are confident that they can soon have it under control.

Local residents are steadily returning to their nieghborhoods, having been permitted to see if their houses remain standing.

Sue Linton, one of the more lucky residents who got back to find her house in one piece, told NBC: “There’s no word in the dictionary that covers that feeling. If I could kiss every Pierce County fireman I would do it … How do people stand between fire and someone else’s home? I don’t know what kind of people they are, they’re angels, they’re my angels, they’re my heroes.”

Indeed, firefighters are true real life heroes, and they deserve all the praise in the world. We’re sending all our prayers out to those in the path of the wildfires burning through the U.S.

Share this article to let the people know that you’re thinking about them, and to pay tribute to the brave men and women putting themselves in harm’s way.