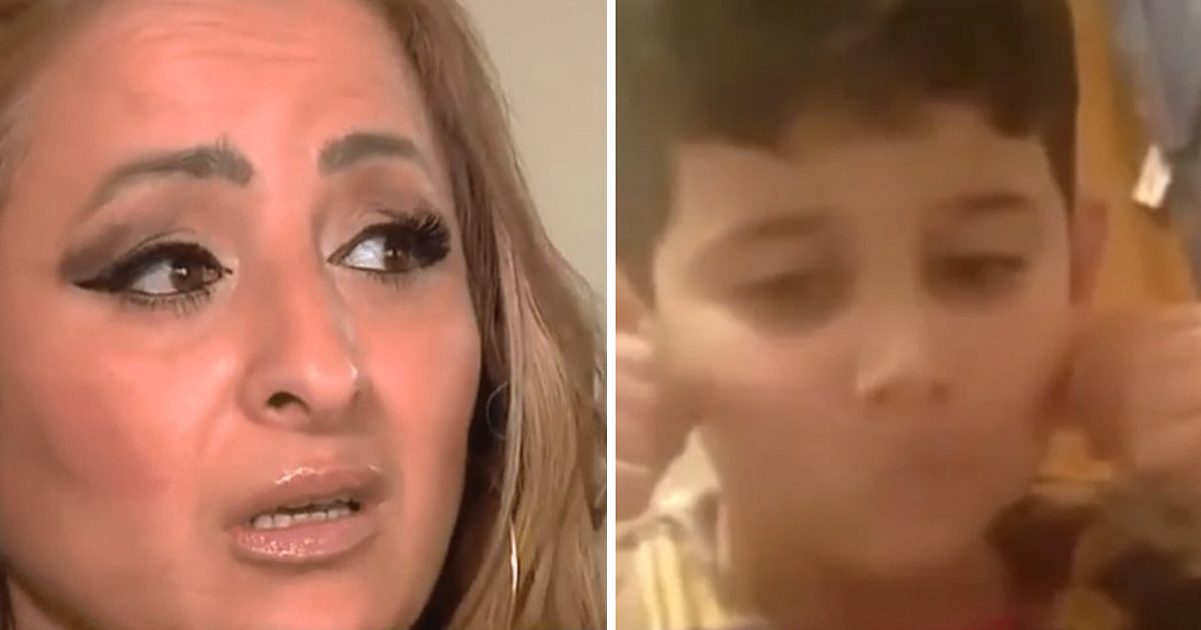 When we send our children to school, we do so with confidence that they’re going to benefit from a safe environment. We hope that when they come home, they’ll have had a fun day and learned a thing or two.

The importance of the right school for a little boy or girl cannot be overstated. The developmental process they undergo at school quite literally can shape them for the future, which is probably why many of us go to great lengths to ensure that our precious babies attend a school that will give them everything they need.

Sometimes, however, that’s not the case. Bullying is a well-known issue in most schools to some degree, and try as we might, we simply can’t protect our children from everything they’ll encounter.

Some things they have to learn for themselves.

Yet the bare minimum any parent expects is that their child will be treated with respect and dignity by his/her teachers.

One mom from Michigan made a frightening claim earlier this year after she collected her son from Highview Elementary School in Dearborn Heights, Michigan.

It seemed a day like any other day for Hoda Dannaoui. She dropped her son, Abdul, at school, and went about her day presuming that he was being cared for.

Yet things soon changed when she went to pick him up. As per reports, Hoda noticed there was something off with Abdul the moment he walked out of the school gates. She asked him what was bothering him, but could never have expected the answer he would give back.

According to WXYZ, Abdul, who usually excels at school and hasn’t experienced problems before, was punished by teachers who taped his mouth and threw his lunch in the trash.

After being pressed further, Abdul went on to claim that his teachers had made fun of him infront of classmates, and that his torment had occurred on at least ten other separate occasions.

“My heart dropped,” said Hoda of the moment Abdul opened up to her.

Unsurprisingly, Abdul’s parents acted immediately, beginning by removing their child from the preschool and filing a police report. Abdul told them that one of the teachers involved gave him a bracelet and urged him not to tell his mom and dad that she had been involved in the incident.

Hoda said that no one from the school had told them about the incident. Moreover, the school denied the claims in their official statement.

Dr. Laurine VanValkeburg, Crestwood School district superintendent, said: “There have been no other reports of similar incidents. The Crestwood School District does not approve or accept this type of behavior.”

As per reports, Hoda talked to the school’s principal and was told that what happened was “wrong but not a crime.”

“Should I believe my son?” Hoda said. “Or should I say he’s a liar? Something is not right… How is my son not telling the truth?”

The family have hired an attorney who pledged that Abdul would not return to the school until the authorities had fired those responsible.

My word. I really want to believe that this never happened, and that the teachers involved aren’t guilty of what Abdul claims.

How would your react if your child left school one day and said their mouth had been taped shut? Let us know your thoughts in the comments box.