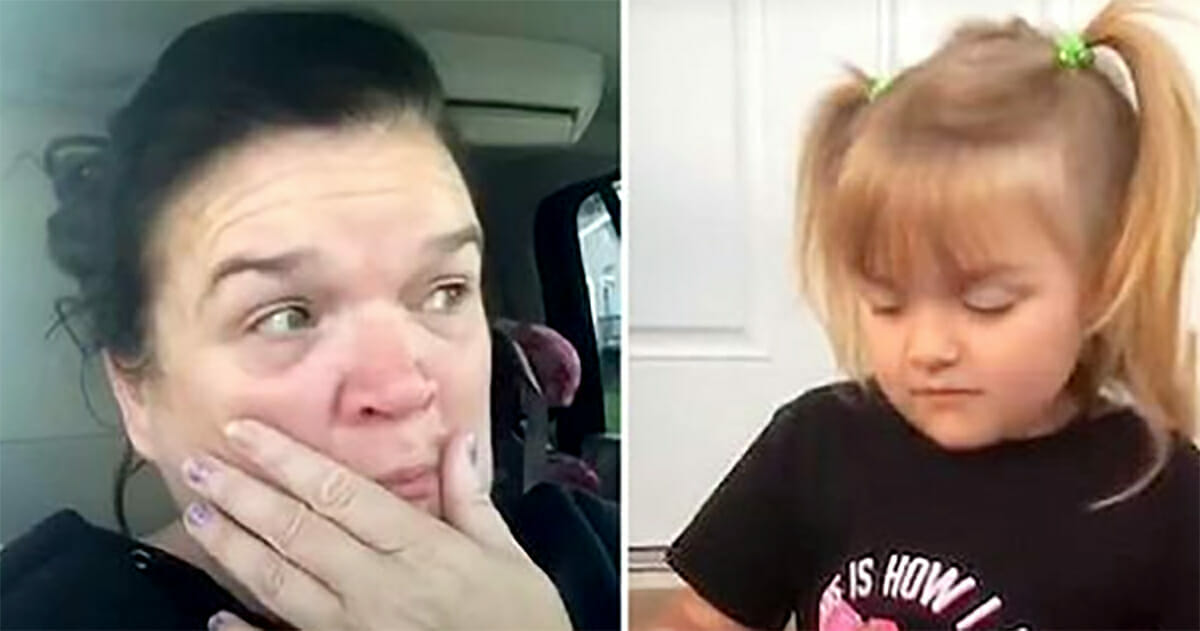 One of the most endearing things about having children or grandchildren is their constant capacity to surprise.

By their very nature, kids are unpredictable. Sometimes in ways that make us, as adults, tear our hair out, sure, but in other instances they have the ability to melt our hearts with their innocence.

Such was the case for grandmother Jackie Oelfke when she caught her five-year-old granddaughter Sunshine emptying out her piggy bank.

She asked the young girl what she could possibly be aiming to buy, only for Sunshine’s response to leave her in tears …

When Jackie Oelfke came upon her granddaughter emptying out her piggy bank, she assumed the five-year-old had to have some big, ambitious gift in mind.

Yet when she asked little Sunshine what she was doing, she was left struggling to conceal the tears running down her face.

Jackie told TODAY Parenting just what her granddaughter was aiming to spend all her saved money on.

“She said she was taking it to school for milk. I explained that I had already paid for her milk for the month, then she looked at me and said, ‘My friend’s mom doesn’t have milk money, and I do.'”

In that moment, Jackie realized just how special Sunshine was. After months of saving her dollars, the little girl didn’t want to spend them on a new present for herself, she simply wanted to help her classmates.

Jackie agreed to help Sunshine take the money to her classroom and give it to her teacher. She then took to Facebook to let the world know about Sunshine’s compassion. Within hours, her post went viral, with tear-eyed readers from across the world blown away by the five-year-old’s dedication to charity.

Before long, offers of donation began to trickle in, and in a short time Sunshine’s GoFundMe page had raised almost $19,000 from strangers alone. The money means that none of Sunshine’s classmates will go without, and she can keep her dollars where they belong … in her piggy bank.

No child should ever have to go without at school – all should be treated equally regardless of their family’s financial status.