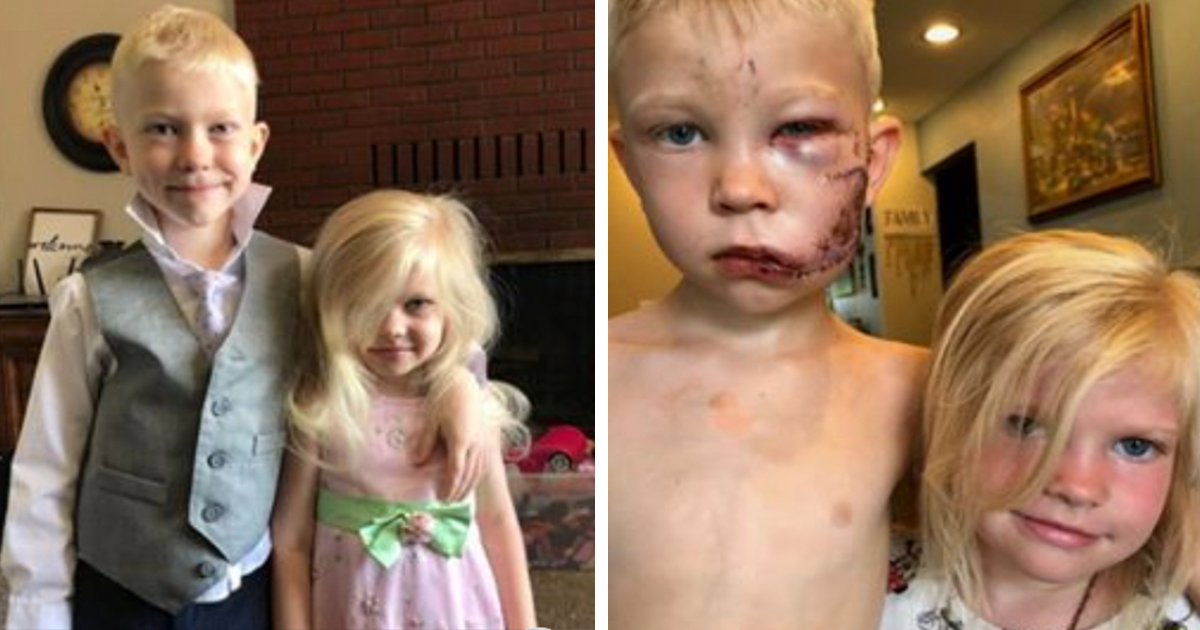 Heroes come in all shapes and sizes and very rarely wear capes. This most of us will know by now.

But if any among you need further proof, you need look no further than Bridger, a six-year-old from Cheyenne, Wyoming.

As per reports, the young boy risked his own life and leapt into action in order to save his little sister from a dog attack.

Bridger’s aunt, Nikki Walker, took to Instagram to relay the terrifying story, but in the process championed her nephew for his courageous actions.

“My nephew is a hero who saved his little sister from an attacking dog,” Nikki’s post reads. “He, himself, took on the attack so that the dog wouldn’t get his sister.”

She went on to explain that when asked about his death-defying deed, Bridger responded simply: “If someone was going to die, I thought it should be me.”

A second post outlined the severity of the attack, which left Bridger with a number of injuries.

Nikki explained: “After getting bit several times on the face and head, he grabbed his sister’s hand and ran with her to keep her safe. After receiving 90 stitches (give or take) from a skilled plastic surgeon, he’s finally resting at home. We love our brave boy.”

“His wounds are looking so much better! He’s in great spirits, and his awesome personality is intact.

“He can’t smile too widely yet, but he was grinning as I read some of your comments to him. I’d also like to mention here that the dog’s owners are really great people who have been nothing but kind to Bridger and his family.

“We feel no resentment toward them at all, and-if anything-there’s only been an increase of love between our families as a result of this incident.”

Naturally, social media erupted in a shower of praise for his brave six-year-old. A host of celebrities have also now caught wind of the news and sent messages of support.

Bridger, you’re certainly a hero in my eyes, and in the eyes of a great many others too. Jumping in to save your sister from a dog attack deserves praise of the highest order.