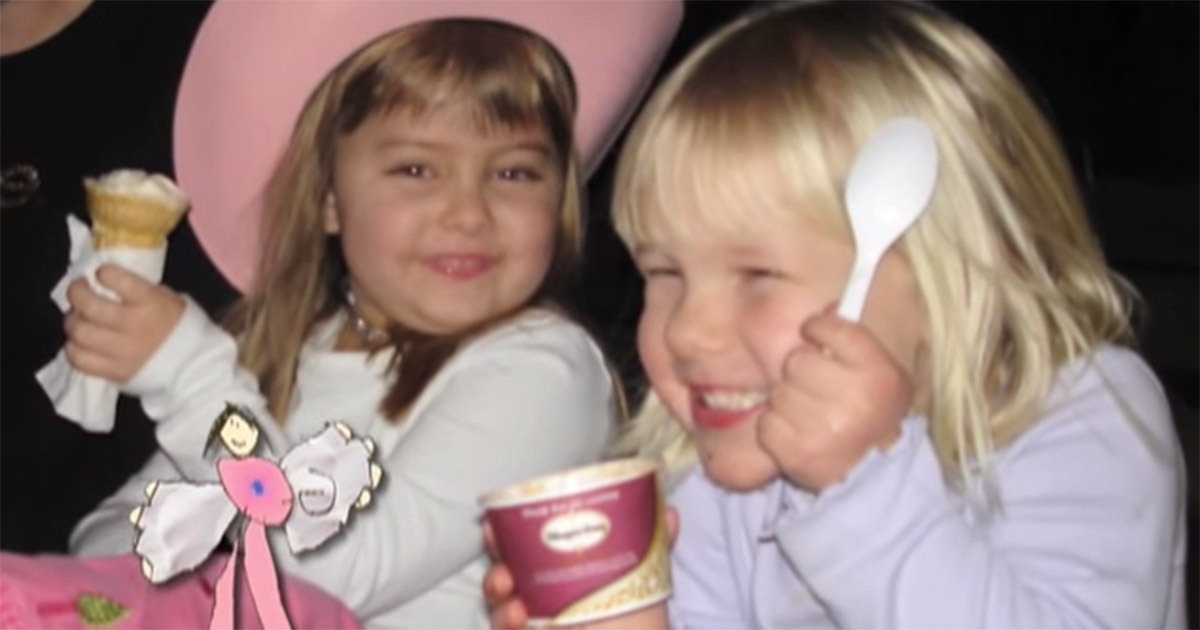 Six-year-old Elena Desserich from Wyoming was just like any other kid her age. She loved to paint and read books, she dreamed of becoming a mom, and she wanted to be a teacher when she grew up.

But then one day, everything changed.

Elena’s doctor had tragic news for the little girl’s parents, Keith and Brooke. Their daughter had a rare form of pediatric brain cancer. It was inoperable, and she only had 135 days left to live.

Keith and Brooke promised each other not to tell Elena that she might not make it. They wanted her to be able to enjoy her last days of life.

Instead, Keith and Brooke tried to make every day special for Elena and her younger sister, Gracie. So together as a family, the Desserichs did everything that Elena wanted to do.

Because they were worried that little Gracie might not remember her big sister when she was older, Elena’s parents also started keeping a diary about their six-year-old girl.

Meanwhile, Elena was deteriorating. She lost the ability to speak and was gradually becoming paralyzed.

Then in August 2007, she finally left this world.

What no one knew, however, was that Elena had also been preparing for the end.

A few days after the little girl passed away, her family found a few notes from their beloved Elena.

Elena wanted to let them know how much she loved them.

At first, the family didn’t think much of it, but soon, notes started showing up in stranger and stranger places.

Notes turned up in books, sock drawers, cupboards, bags of winter clothes, CD cases—even bags of Christmas decorations. Elena had secretly written them all while she was battling cancer.

Some notes said “I love you” and others featured paintings of hearts and flowers.

“She was a child who was wise beyond her years. I hate to think she knew she was dying but I think she did,” Elena’s dad, Keith Desserich, told the Daily Mail.

Eventually, Elena’s family and relatives found hundreds of messages, which filled three large boxes. They were small reminders of the girl they loved so much.

“I think the notes were her way of telling us that everything would be OK. It feels like a hug from her every time we find one,” Elena’s mom, Brooke Desserich, told the Daily Mail.

Two years after Elena’s death, Keith and Brooke decided to publish a book of all of Elena’s notes as a tribute to their daughter and as a way for Gracie to remember her big sister.

Proceeds go directly to cancer research, and the book includes all of the notes except for two, which Elena’s parents carry with them wherever they go.

Watch the trailer for the book here:

Elena has left this world, but she will never be forgotten.

Let’s share her poignant story as a reminder that we should all take advantage of our time with our loved ones and show them love and appreciation before it’s too late.