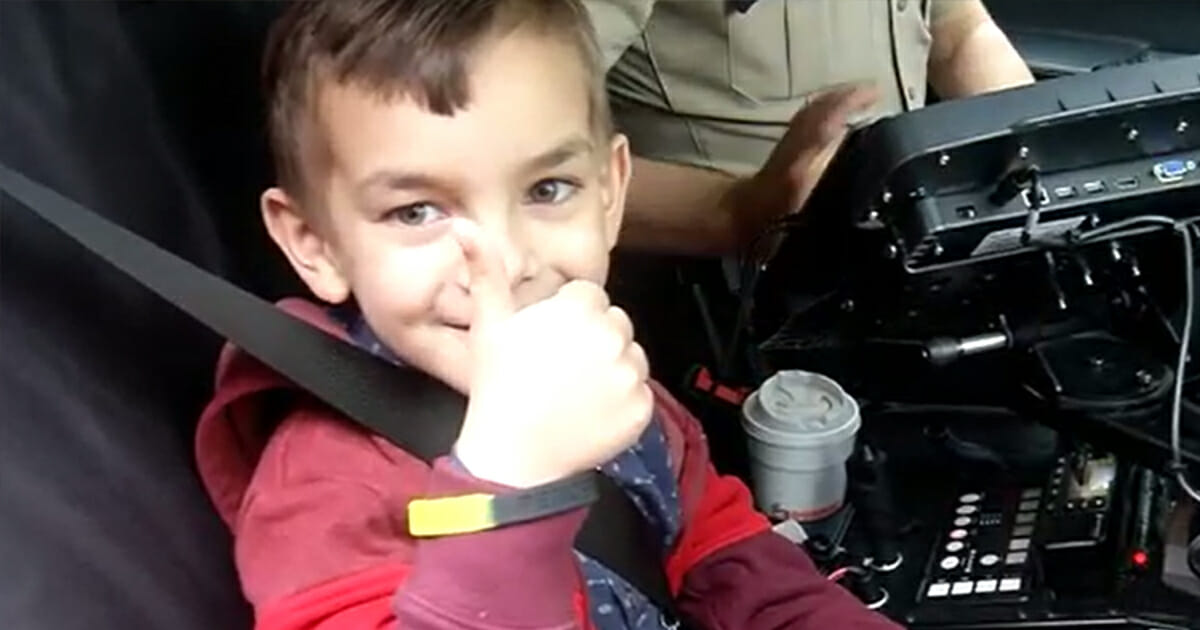 Keeping positive, no matter what, is far easier said than done. Let’s face it, there are always days when you allow yourself to get down; when you’re tired or feeling under the weather, or just plain grumpy.

Which is why we should all take a few moments to praise the sheer fighting spirit of 7-year-old Brian Sullivan, who likes to go by the name Liam.

As per Wabi5, Liam has terminal cancer – he’s been in treatment for the past year, but has an outlook on life that’s hard to match …

“Liam has been in treatment for over a year now for high grade glioma,” Liam’s mom Devin said. “He is finishing chemo today.”

“He understands what’s going on. He knows his treatment. He knows the prognosis somewhat. He was only given a year. He wasn’t supposed to make it until April and here is, he’s just going.”

You see, on Thursday Liam went for his last chemo session, and those around him thought that it would be the perfect time to reward his unflinching courage.

Liam himself has had a dream for some time. He’s always wanted to be an officer. Heck, he even has a favorite.

He’s referring to Dan Gastia from Bangor PD – he and little Liam have struck up a friendship over the past year.

“To see how strong he is as an individual is something that I admire,” said Gastia. “He’s faced a lot of adversity through this and he’s a strong individual.”

To commemorate just how much of an impact Liam has had, Officer Dan and other members of the Penobscot County Sheriff’s Department gave the boy a ride to his appointment on Thursday.

“I’m going to be driving a police car to Cancer Care,” the excited youngster said.

“Pretty exciting when the young man gets to get in the vehicle and use the radio and he inspired us and we thought we were here for him and I think he’s done so much for our community for all of us, just a blessing to be a part of it,” said Penobscot County Sheriff Troy Morton.

“Liam wants to be a police officer when he grows up,” said Barbara Ford from Shepherd’s Godparent Home of Bangor. “For Liam that’s a dream that he won’t be able to realize because of his illness but we wanted him to have that moment today.”

“He’s just amazing,” said Devin. “He is is my inspiration. He’s a great kid.”

We can only hope that Liam enjoyed his ride in the police car, and that he continues to fight on with the determination he’s shown thus far.

No child should ever have to face cancer, let alone one as aggressive and unforgiving as the one Liam has.

Please share this article to show your support for Liam!