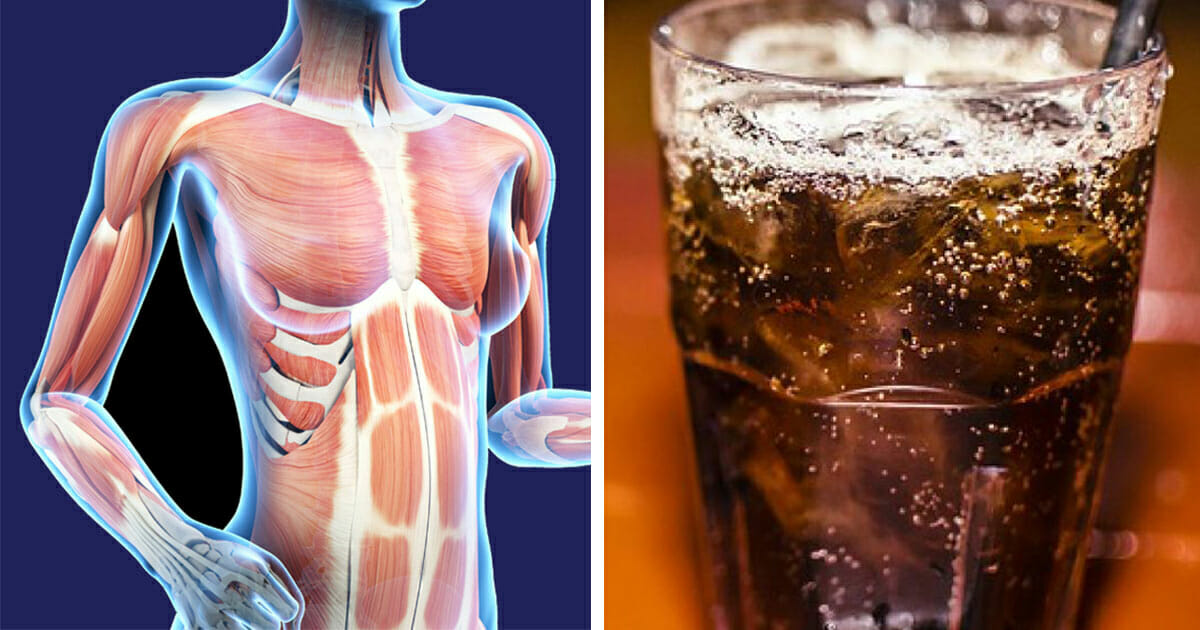 In fact, many of us have actually turned to diet soda in recent years; an alternative that’s supposedly not as bad for your health, but still goes some way to curing the craving. And yet, many reports would have you believe that the chemicals in diet soda can be just as damaging to your body and, whilst research is still in its early stages, it looks like the safest bet might be giving up soda altogether.

Not convinced? I wasn’t either, not entirely. That was until I discovered a list of things that change in your body when you stop drinking diet soda. Interested? Read on below to see how you could alter your body by cutting it out …

With most diet soda relying on aspartame as a substitute for real sugar, you’d be forgiven for thinking the drinks don’t affect your cravings for sugar.

Wrong. Aspartame actually makes you crave sugar, because the artificial sweetness causes your insulin levels to spike. As diet and fitness expert Dr. Melina Jampolis explains: “The taste of sweet does cause the release of insulin, which lowers blood sugar, and if carbohydrates are not consumed, it causes a drop in blood sugar, which triggers hunger and cravings for sugar.”

Sugar isn’t the only thing diet soda could be making you crave. In fact, it actually makes you long for a whole lot more.

As per nutritionist Isabel Smith: “Artificial sweeteners affect our sense of satiety. Our bodies have [evolved] to expect a large amount of calories when we take in something exceedingly sweet, and those artificial sweeteners are from 400 times to 8,000 times sweeter than sugar.”

She continues: “The muscles in your stomach relax so you can take in food, and hormones are released. With artificial sweeteners, your body says, ‘Wait a minute, you told me you were going to give me all this high-calorie food. It can actually send some people searching for more food, out of lack of satisfaction.”

Basically, when your body doesn’t get what it was expecting, it turns to other options – namely seeking out high-calorie foods that can give it what it’s after.

3: You could actually lose weight

Making the switch from regular soda to diet soda is usually one done with weight loss in mind. Yet, due to bloat and the aforementioned cravings, consuming diet soda can actually make it really difficult for one to effectively drop the pounds. Studies have found that diet sodas can cause an increase in metabolic syndrome, obesity, high-blood pressure and diabetes, so it’s probably better to cut out the sodas altogether.

The artificial sweeteners in diet sodas actually overwhelm your tastebuds over time, meaning they can’t properly appreciate the whole range of flavors they might have been able to before.

As a result, you’ll notice a change in your tastebuds after giving up diet sodas, including being able to notice how sweet things really are. If that’s not a motivation then I don’t know what is.

5: Your immune system can improve

Researchers now believe that diet sodas affect not only your cravings and sugar intake, but also manipulate your metabolism.

According to Isabel Smith, diet sodas can impact the “healthy gut bacteria” and change how your body processes everything, from your blood sugar to your immune system.

With research still in its formative stages it’s unclear exactly as to why, but studies have shown that even one diet soda per day can increase your risk of a hip fracture by 14%.

There’s an existing link between those who drink a lot of soda and lower bone density, which could mean that cutting out the fizz gives you healthier bones!

7: You won’t get drunk as easily

This one’s strictly for those who use diet soda as a mixer with alcoholic drinks.

If you do so, you might find yourself getting drunk faster than friends who don’t. This is because the diet soda passes through your system quicker than regular soda, leaving you with just the alcohol, which in turn increases your blood alcohol level.

Switching to other alternatives could mean that you’re able to party for longer … and that’s never been a bad thing.

It should go without saying that optimal kidney function is important. That’s why it’s only right to warn you that the ingredients in diet soda tend to give your kidneys quite the hard time.

When your kidneys are no longer occupied with having to sort through all those complicated ingredients, your body should be able to clear toxins and stabilize blood sugar levels more efficiently.

Well, that’s certainly opened my eyes a fair bit. If you regularly drink diet soda, why not try cutting it out to test the effects on your body? If that seems impossible, perhaps see if you can lower the amount you drink, with an eye on eventually stopping for good.

Help us spread word of the harmful effects of drinking diet soda by sharing this article with your friends and family on Facebook!