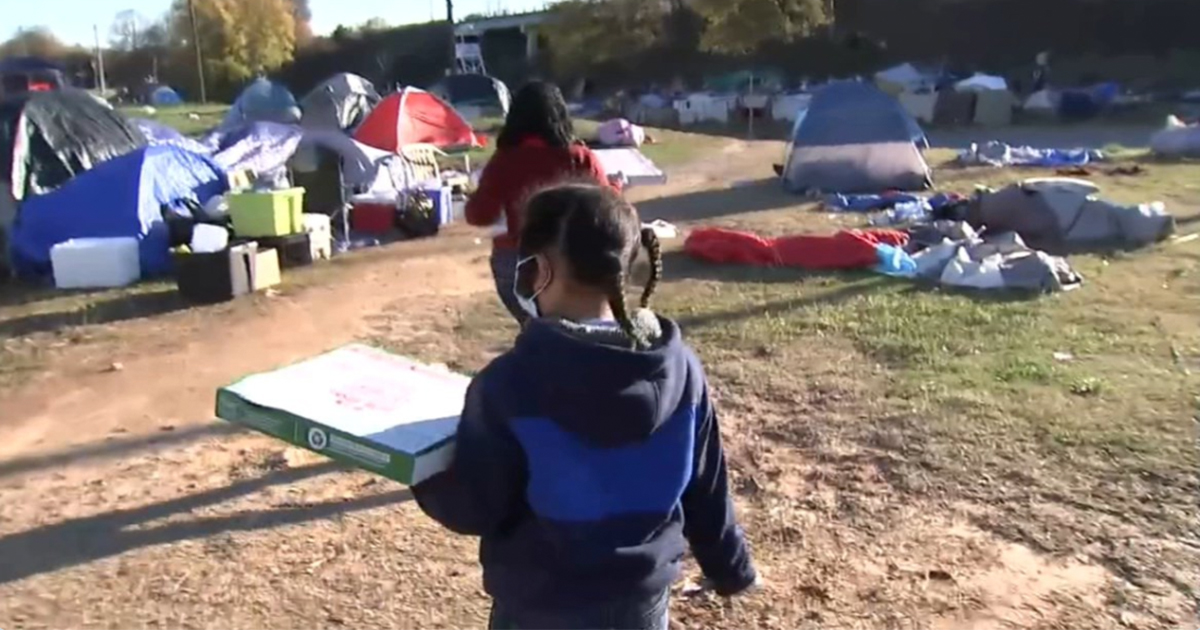 As children, birthdays are usually a time for us to relax and spend a day doing precisely what we want.

For one little boy in Charlotte, North Carolina, his eighth birthday was spent handing out pizza to dozens of homeless people in need in a “tent city”.

Kieng Rivens turned 8 years old on December 5, and had an unusual request that his mother, Antiqua Ramsey, wasn’t expecting to hear.

“I said what do you want to do for your birthday? He said I want to feed the homeless. I had tears in my eyes,” Antiqua explained to WSOC.

Incredibly, Kieng made good on his promise on Saturday (his birthday), donating some 75 pizzas bought with a discount offered from a chain pizzeria in his local area.

“He donated 75 pizzas. Not only did he donate them, he brought them down here to meet us and they brought his staff, as well,” she said.

Gage Lock, manager at the local Papa John’s, said: “That made me want to do it so much more, knowing it was a 7-year-old kid, and all he wanted for his birthday was to give back to the community.

“Most kids want video games, toys, bikes, all of that, and he just wanted to give back.”

What a fantastic gesture from a truly selfless little boy. There aren’t many children who would think to give out pizzas to others on their own birthday.