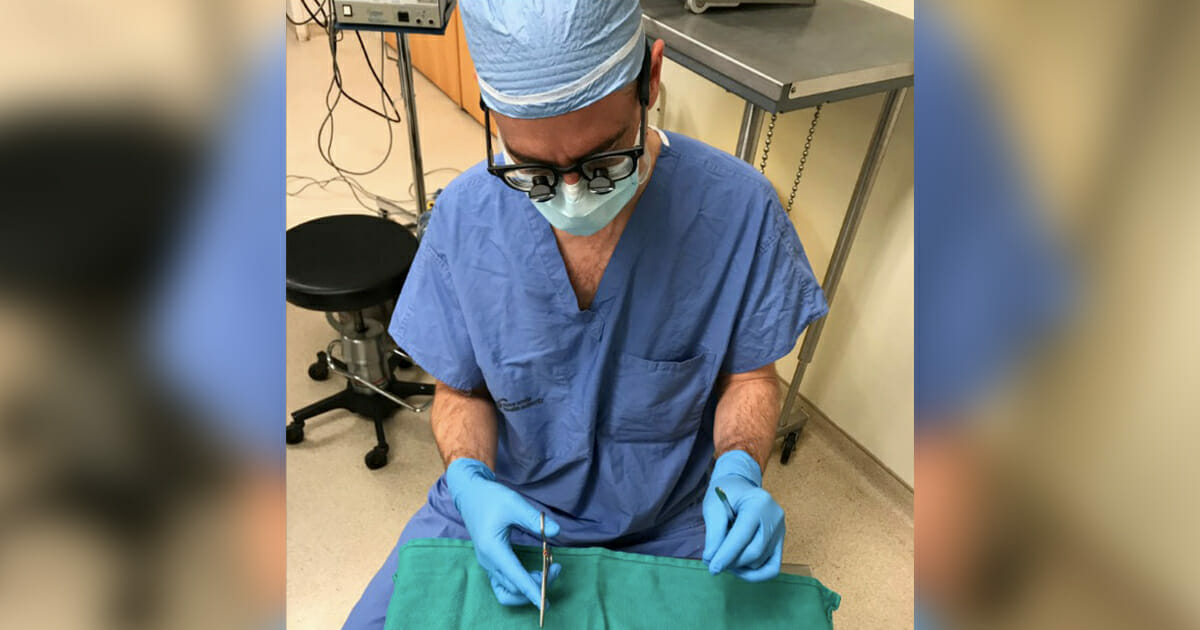 In a fair and just world, no child would ever see the inside of a hospital whilst growing up. They’d have the chance to play and learn in a safe environment, as all children should.

For eight-year-old Jackson McKie, however, the reality is far from that. He’s spent much of his short life so far in the hospital.

When he was young, a cyst was detected on Jackson’s brain. He was born with chronic hydrocephalus, wherein there is an accumulation of cerebrospinal fluid within the brain.

As a youngster, he’s been in and out of hospital more times than any child should be. His companions on his journeys have always stayed the same though; his mom, his dad, and his teddy bear “Little Baby”.

Fortunately, Jackson’s been blessed with an amazing team of doctors. One of then, Daniel McNeely, has been fighting his corner ever since he came into the world.

During Jackson’s latest operation, he had one special request for his surgeon while he was under.

Daniel simply couldn’t refuse the boy he’s helped for eight years. So, without even asking Jackson’s parents, he did something that you won’t find in any surgeon’s field manual.

Following his decision, Daniel’s been praised all over the world for his compassionate effort.

“I thought it might make a few people smile, that was the only intention I had,” McNeely said, as per CTV News.

“I’m glad that others are enjoying it.”

He first operated on Jackson, but when he had finished he decided there was still a little work to do.

Before being put to sleep, Jackson had asked if Daniel could operate on his teddy bear “Little Baby” as well. The thoughtful doctor didn’t hesitate for a second in accepting the task.

Jackson’s father, meanwhile, had nothing but good things to say about Daniel.

It proves he’s not just an incredible neurosurgeon, but also an amazing person to boot.

When Jackson awoke from surgery, he was delighted to see “Little Baby” had been patched up the same as him.

Doctor Daniel’s surgery on “Little Baby” was the first he’d done on a teddy bear, but something tells me it’s not likely to be his last.

After the operation, he chose to share his story on social media, and has since been hailed for his efforts.

Beside the picture, he wrote:

“Patient asks if I can also fix teddy bear just before being put off to sleep… how could I say no?”

Patient asks if I can also fix teddy bear just before being put off to sleep… how could I say no? pic.twitter.com/WOKFc5zr91

Daniel McNeely’s friendly gesture has spread like wildfire on the internet, with people worldwide celebrating his actions.

Share this article with your friends on Facebook so that more people can read a heartwarming story today. Daniel deserves tribute!