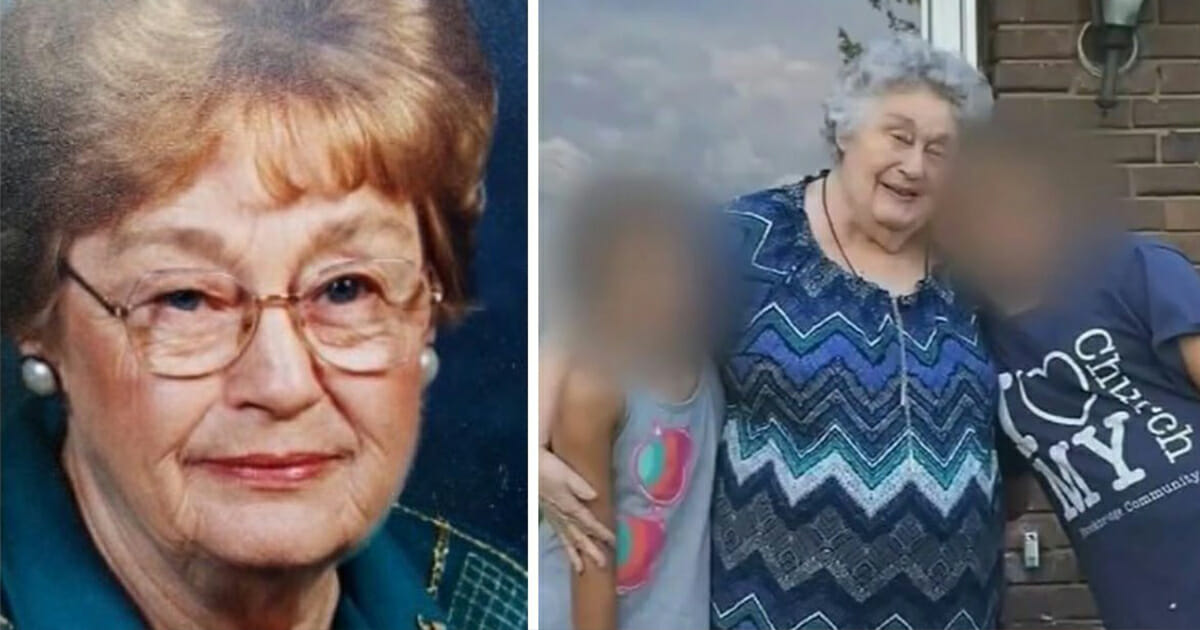 You may remember Dorothy Dow, the 83-year-old who lost her life after a horrific home invasion three and a half years ago.

As per reports, Dow’s home was entered by Mina Christine Ellery, Angel Latrice Harmon and Shanquavious Keontrell Cameron, all 17 at the time, Justin Grady, 38 at the time, and Cortavios Heard, 18 at the time. They demanded money, which Dow told them she didn’t have.

In response, they beat her, breaking both her arms, some of her fingers, and cutting her face in several places. They then proceeded to pour lighter fluid on her and set her on fire!

Dorothy was able to extinguish the fire by pouring water on her head, and then called 911 once she’d found her cellphone (the attackers had disconnected her landline). After spending weeks in critical condition at the hospital, however, this brave 83-year-old finally succumbed to her injuries.

Justice, it seems, was handed down, at least to some degree. As per reports, the family of the grandmother witnessed the sentencing of the last three suspects last year.

As per reports, on the morning of April 17, 2019, Superior Court Judge Emory Palmer sentenced Justin Pierce Grady and Cortavious Deshun Heard to life in prison without the possibility of parole for Dow’s murder.

Angel Latrice Harmon, meanwhile, was expected to stand trial with a jury, but plead guilty the day before. She was also handed a life sentence, but with the possibility of parole.

Grady and Heard were seasonal employees at the Dow’s blueberry farm the summer of Dow’s murder. Heard was fired from his role after just a few days.

Two days prior to the attack on Dorothy, Harmon and Heard had participated in a burglary of Dow’s home, along with Sanquavious Cameron and Mina Ellery, and taken Dow’s purse.

“I just wanted to let you know that I’m sorry,” Grady said to Dow’s family in a statement prepared for sentencing.

Sanquavious Cameron, meanwhile – who was not indicted for Dow’s murder – pleaded guilty in 2018 for the burglary of Dow’s residence and was sentenced to 15 years, of which he’ll serve seven behind bars.

These sentences won’t bring back Dorothy back, but perhaps they can give some small measure of consolation to her grieving family after all they’ve been through.

The fact that anyone could commit the sort of crimes dealt unto Dorothy is simply horrifying. God rest this woman’s soul.

Share this article on Facebook to honor Dorothy’s memory – and to praise the fact that justice has been done.