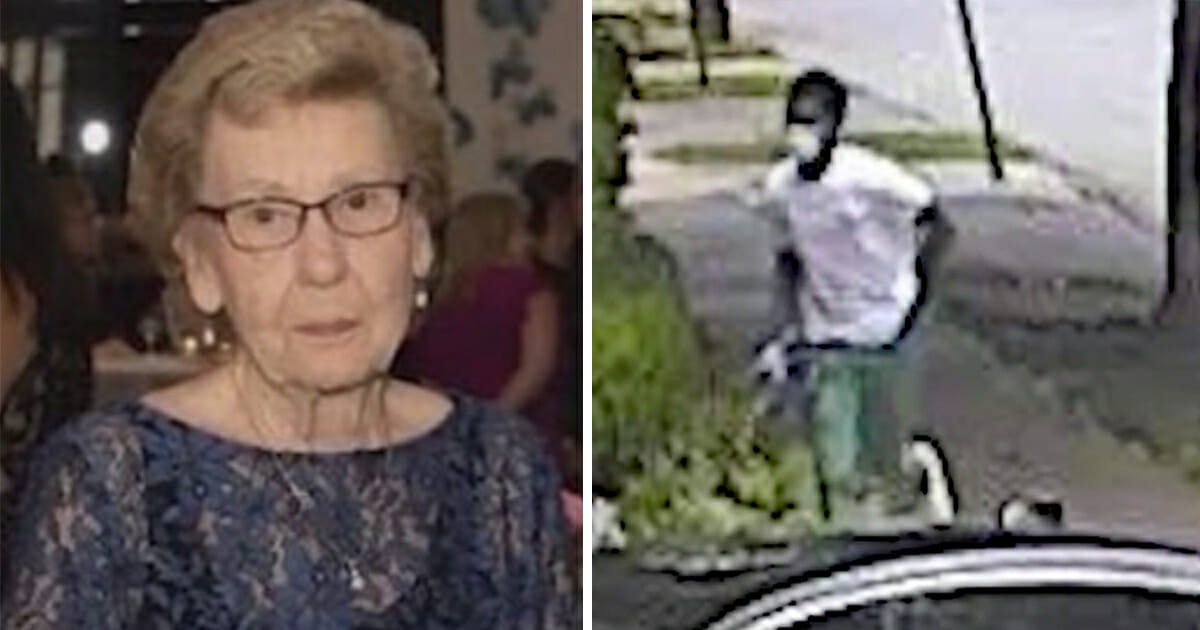 An 84-year-old woman was robbed in the middle of the day by men wearing surgical masks, according to reports.

Police say the men are still on the run, while their victim, Dorothy Lamson, lies in hospital with broken bones.

“I want them caught. You don’t do this, much less to an old lady. Take me, take on my husband, but not an old lady,” said Dorothy’s daughter, Jennifer Heffron.

Jennifer explained how her mom had picked up a prescription at a CVS on Monday afternoon and was walking home. The journey was only a couple of blocks.

Yet she was set upon on the sidewalk. As per reports, a man came up behind her, knocked her to the ground and grabbed her purse, before taking off.

“I can’t believe anyone would be so brazen to do that in the middle of the day in a neighborhood where people are always out walking, running, taking babies for a stroll,” Jennifer said.

Dorothy is currently in hospital receiving treatment for her wounds. She suffered a hairline fracture in her forearm during the attack, and sustained so many broke bones in her shoulder that she had to have a shoulder replacement.

Jennifer explained: “She broke her shoulder, the doctor said she had 4 pieces of bone moving around, so she now has a bionic shoulder.”

Security videos showed images of two men wearing surgical masks in a dark 2018 or 2019 Honda Accord with a drive out tag.

“I think it’s even worse that they’re wearing masks, that’s going to make it harder, but I want them caught,” said Jennifer.

Indeed, what a callous, cruel and unforgivable act. I hope the people responsible for this crime are caught quickly!

Share this article to get word out of this offense, and to send prayers and well wishes to Dorothy!