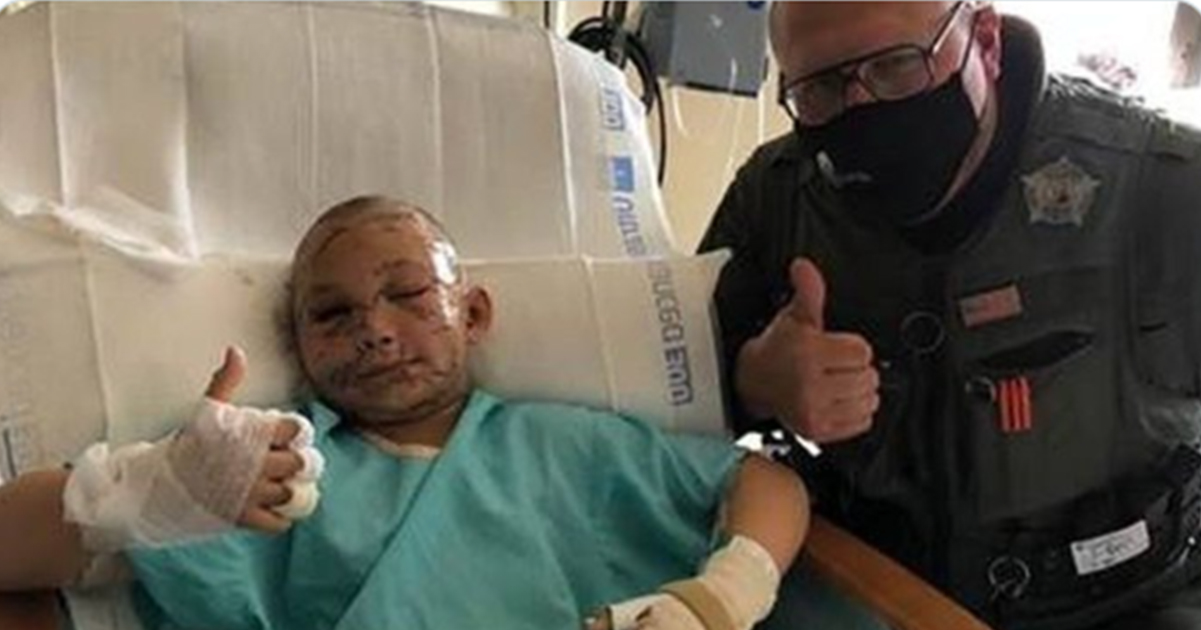 There are many things we start to fear the day that we become parents.

Having children at any age is, of course, a blessing, but it’s also one that opens your heart up to the deepest pits of pain imaginable.

Put simply, as mothers and fathers we dread anything bad happening to our children. Even small incidents, say, for example, your son tripping over on a gravel path, or your daughter running into the edge of a table, are enough to hurt us as parents.

If we could live in a world where our babies would stay wrapped in bubble-wrap forever, I’m sure many of us would. Sadly, that’s neither practical nor possible, and so we have to live with the fact that from time to time our children will find themselves in harm’s way.

That said, few of us, fortunately, ever have to experience what the parents of 9-year-old Lily Kryzhanivskyy did recently.

The young girl was reportedly out camping with her family one day in May in Stevens County, Washington, when she encountered a wild animal that could easily have killed her.

Young Lily had reportedly been playing hide-and-seek with some friends in the woods close to the campground. Yet when she jumped out to “surprise her friends”, she found herself face to face with a mountain lion.

As per KCPQ, the cat clawed Lily on her face and torso, before attempting to drag her off into the bushes.

The girl’s aunt, Okasna Mantsevich, told how her niece desperately prayed to God during the attack.

Luckily, some of Lily’s friends witnessed the mountain lion’s attack. Some of them threw rocks at the cat in an attempt to scare it off. Others ran to get help.

As per reports, nearby adults came to the rescue and killed the mountain lion at the scene. Lily was air-lifted to hospital and underwent hours of surgery. She was able to leave the hospital on June 3.

“We are extremely thankful for this little girl’s resiliency, and we’re impressed with her spunk in the face of this unfortunate encounter,” Captain Mike Sprecher, with the WDFW Police, said, as per Fox News.

“It happened fast, and we are thankful that the adults at the camp responded so quickly.”

Lily’s uncle, Alex Mantsevich, started a GoFundMe page which has already raised $100,000 to help in the girl’s recovery.

“Yesterday June 3rd Lily was discharged from the hospital, she came home to her family,” Alex wrote in an update.

“She was opening all her presents and sharing some stories about the accident, although her fingers are wrapped up She played piano.“

We’re so thankful that Lily was able to come out of this attack without life-changing injuries.