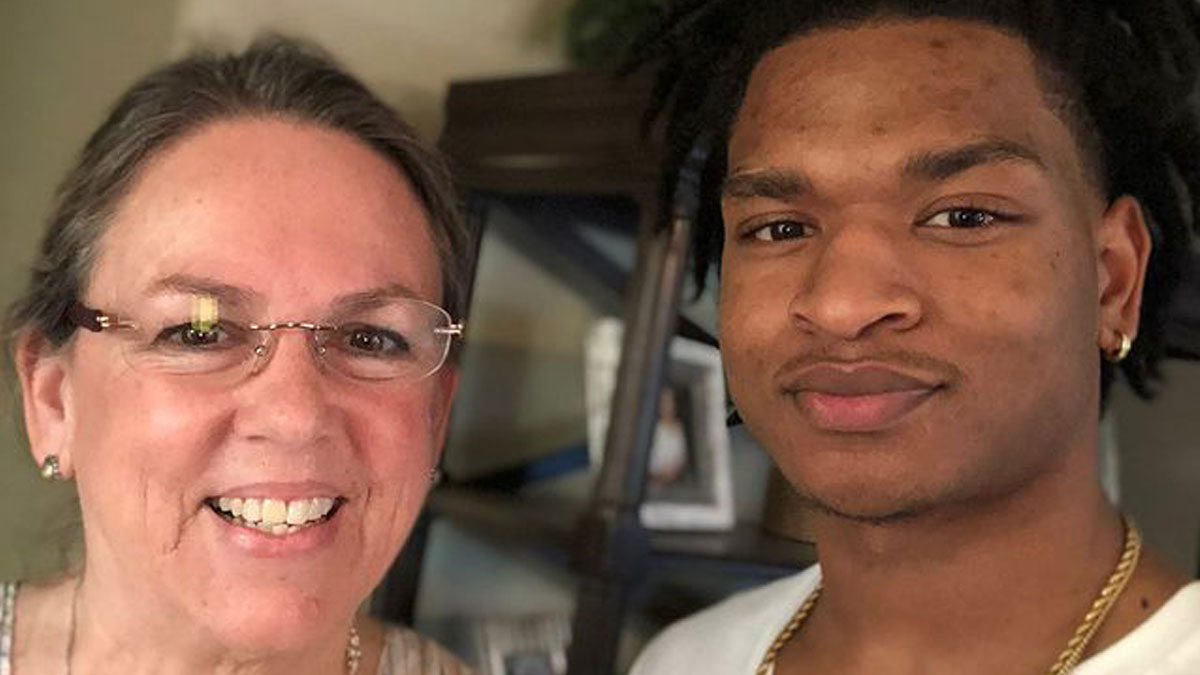 It’s a story we look forward to every year, and it’s one with a sweet message. The holiday season is best spent with those you love.

For the seventh year in a row, Wanda Dench and Jamal Hinton will spend Thanksgiving together.

Hinton took to Instagram and shared the heartwarming news alongside a new photo of the two.

Seven years ago Wanda Dench accidentally sent a text to her grandson informing him of their plans for Thanksgiving. Only she didn’t text her grandson, she mistakenly texted a then 17-year-old Jamal Hinton.

Hinton, who was in class when he received the text, responded “who is this?”

Not realizing she texted the wrong number, Dench replied back that it was his grandmother.

The teen asked for a selfie and to his surprise, it was not his grandma!

He sent back a photo himself, alerting her to the mistake she made, and then asked if he could “still get a plate tho?”

“Of course you can. That’s what grandma’s do…feed everyone,” she replied.

For the next six years hundreds of thousands of people looked forward to their annual Thanksgiving meal at Dench’s home in Mesa, Arizona.

Over the years their friendship blossomed and the two saw each other more frequently throughout the year.

Dench and her husband Lonnie were both diagnosed with COVID. Lonnie was hospitalized with pneumonia.

That year they figured out a safe way to celebrate Thanksgiving. Although their group physically missed Lonnie, they placed a photo of him and a candle at the head of the table.

“We reminisced about the past Thanksgivings… in spite of the fact of not having my husband with me for the first time after 42 years, it was a really, really good Thanksgiving,” Dench told Today.

Once complete strangers, they now are heavily involved in each other’s lives. The two frequently text each other, though Dench would rather talk on the phone, and Hinton even took Dench to get her first tattoo.

In December 2021, Hinton, now 23 and Dench, 65, announced that Netflix was working on a movie based on their heartwarming story.

The text she sent in 2016 may have been a mistake, but Dench doesn’t regret it one bit. She believes “fate stepped in.”

I love Wanda and Jamal’s story so much! The relationship they formed over an accidental text is so heartwarming. I look forward to their updates every year.