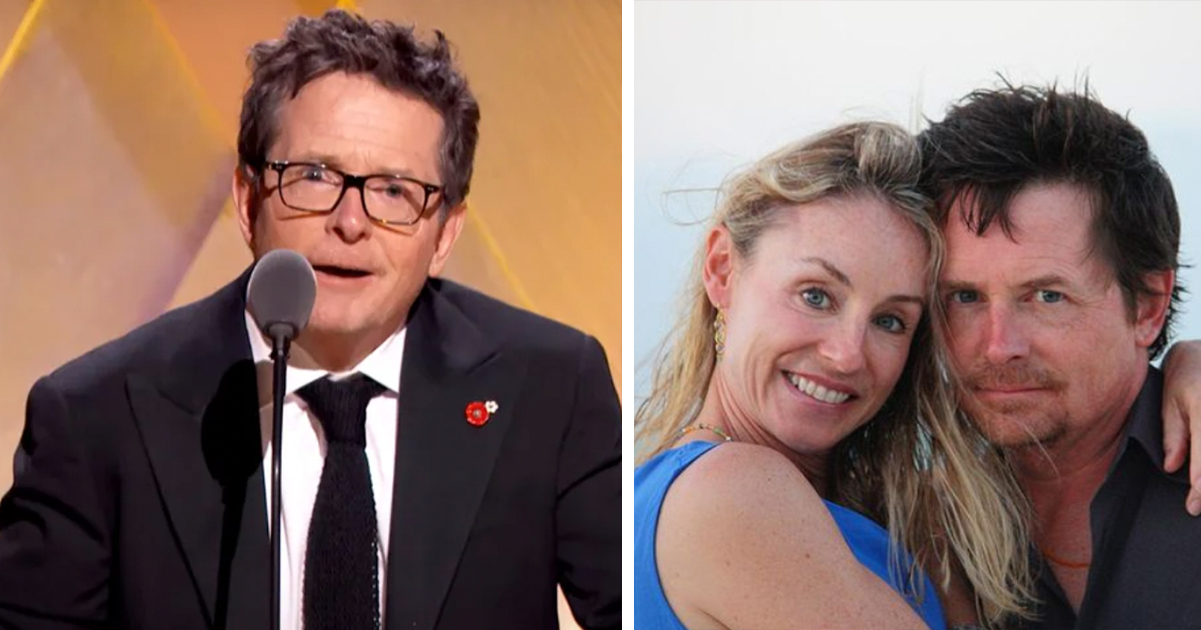 Michael J. Fox’s long battle with Parkinson’s disease has been well documented over the years. Ever since his devastating diagnosis, the actor has sought to bring the world’s attention to the condition, working tirelessly to improve the lives of those who suffer from it by way of funding research.

Put simply, the Back to the Future star’s work ethic and positive nature through his struggles is nothing short of inspiring. He could so easily have shrunk into his shell and disappeared from the spotlight in the wake of being told he was suffering from the degenerative disease.

Instead, Fox decided he was going to live his life on his own terms, inspiring millions of people around the world and continuing to drive home the importance of striving to maintain an upbeat attitude no matter what one is facing.

Of course, the 54-year-old hasn’t been entirely alone in the fight against Parkinson’s. No, he’s had his wife, actress Tracy Pollan, by his side the whole way.

As per reports, the couple first met on the set of “Family Ties” in 1982 and dated for years before getting engaged to one another in 1987. They would tie the knot a year later, and have remained committed ever since, despite all the trials and tribulations their relationship has faced.

The biggest one of all, of course, was Fox’s Parkinson’s diagnosis, and the subsequent difficulties he’s faced as a result of the disease ever since.

Several years ago, Fox spoke candidly about his wife’s reaction to the news that he had Parkinson’s. He also labeled her his greatest pillar of support.

According to Fox, Pollan didn’t shirk for one minute, despite knowing that life – and the couple’s relationship – was about to get progressively more difficult moving forward.

“She didn’t blink,” Fox said of his wife.

An incredibly selfless woman, Pollan has continued to love and care for her husband for over thirty years. Fox himself said that she had been “in the front lines” with him, and that her humor had helped him get through dark days.

“She never pretends to know as much as I know,” he said. “And the other thing Tracy does is, if there’s something funny, let’s get to the funny. We’ll deal with the tragic later.”

Indeed, the love Fox and Pollan bear for each other is evident for all to see. In

Fox was recently honored with the Jean Hersholt Humanitarian Award at the 13th Annual Governors Awards in Los Angeles on November 21. After going up on stage, he admitted that he would have difficulty lifting the trophy.

Fittingly, it was his wife who came up to help him. She also kissed and cuddled her husband before returning to her seat.

In his speech, Fox discussed the years immediately after his life-changing diagnosis, and how he struggled with uncertainty. Yet he recalled how Pollan had made it clear she would remain by his side throughout the ordeal, before thanking her for her continued support.

I don’t care what you say, Michael J. Fox has to be up there with the most inspiring figures in the world.

Please, share this article if you, too, think that Michael deserves praise after all he’s faced.