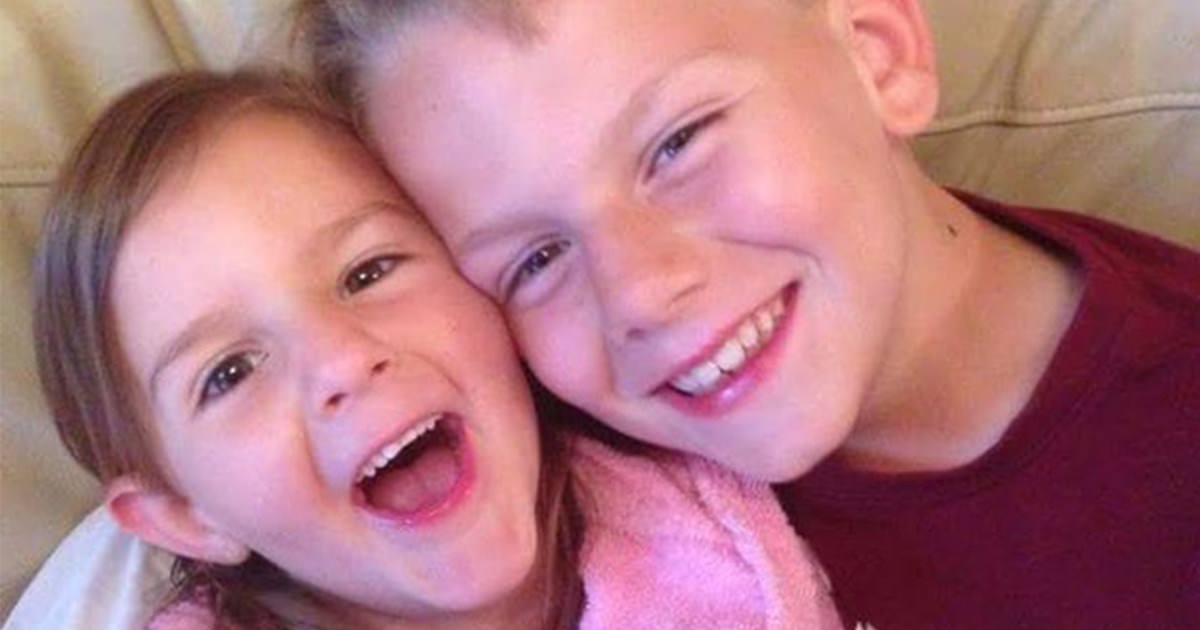 Eleven-year-old Aaron was playing with his little sister when he noticed something strange.

Amy, 7, had a lump on her neck—and it was later discovered to be cancer.

Aaron East may well have saved her sister’s life. When he and his sister, Amy, were playing “tickle monsters,” Aaron discovered that Amy had a strange lump on her neck.

“I didn’t know what to do at first but then I realised I needed to let a responsible adult know,” says Aaron, who lives with his family in Chelmsford, England.

Aaron quickly reported the news of the strange lump to his mother, Carly, who immediately realized that something was wrong and took her daughter to the hospital.

Tissue samples taken at the hospital showed that Amy, 7, had an aggressive form of cancer called rhabdomyosarcoma, a childhood disease that affects the muscles.

Amy’s doctors performed surgery to remove the tumor from her neck. But she is still has nine rounds of chemotherapy left, as well as proton beam therapy.

“I’m absolutely so proud of Aaron. Because he found it, he thinks that he has done something wrong when in fact he has saved his little sister’s life,” told the Mirror.

Had it not been for the siblings’ friendship, Amy’s tumor might never have been discovered in time.

The family has started a GoFundMe to pay to Amy’s proton beam therapy in the USA.