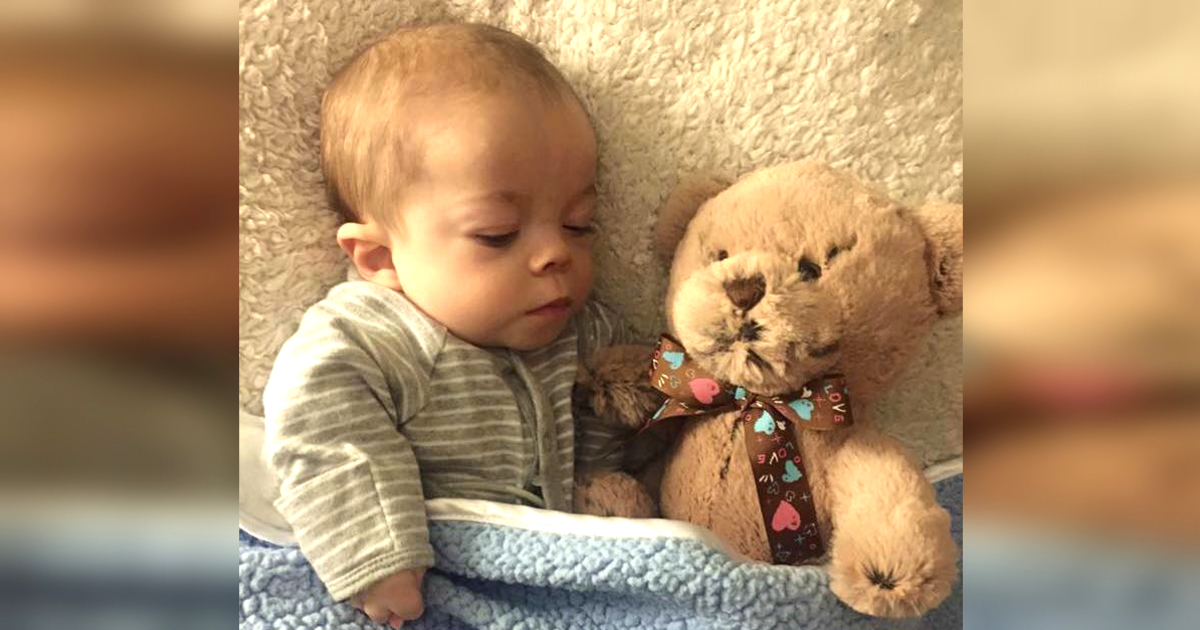 When Hannah Peters was in the 13th week of her pregnancy, she went to the hospital for an ultrasound. The pregnant mom was excited to see the tiny baby in her stomach, but right away, the hospital staff could see that something wasn’t right. With sadness in his voice, her doctor told her that her baby probably wouldn’t survive. The closer it came to Hannah’s delivery date, the more certain doctors were that the child in Hannah’s stomach wouldn’t make it through the last two months of her pregnancy. It turned out that her little boy had developmental disorders of the skeleton, a very rare diagnosis called spondyloepiphyseal dysplasia. Doctors told Hanna that the baby would weigh at most three pounds (1.3 kg) at birth. And if Jude survived, he wouldn’t cry at birth—he’d be too small and weak. But Hannah refused to give up hope, and deep down, she felt that little fellow inside her belly was a real fighter…

In August 2013, Hannah and Sully Peters had happy news to announce: They were expecting a child together. From the outset, they decided to name the baby Jude.

Everything went well until Hannah’s pregnancy entered the 13th week. Doctors discovered that something was wrong with the baby. Jude was diagnosed with an extremely rare bone development condition called spondyloepiphyseal dysplasia.

The average length of newborns with congenital spondyloepiphyseal dysplasia is 14 inches (35 cm) instead of the typical average of 20 inches (50 cm). In particular, the neck and torso, as well as the femurs and arms are short.

Several specialists told Hannah that Jude might not survive. And if against all odds, he survived his birth, he’d be small and weak.

But the family kept their spirits up and after 40 weeks, Hannah gave birth to her little angel.

Hannah and Sully knew that their son would need a lot of help to survive. They showered him with love, hope, and warmth. When doctors tell you your child won’t survive, it’s easy to lose hope, but the family have kept optimistic throughout the process. They’ve also received great support from their loved ones.

Everyone who’s met Jude says he’s as close to a real super hero as you can get. it takes a lot of willpower for him to make it through each day, and he recently celebrated his second birthday.

Together with family and friends, little Jude continues to keep fighting. That he’s already made it through several tough tests is truly gratifying and it’s not hard to understand why his story has inspired so many thousands of people all over the planet!

Doctors believe that Jude’s spondyloepiphyseal dysplasia will lead to a number of complications in the future. It usually leads to heart defects, neurological damage, and kidney problems.

Right now, however, Jude’s heart and kidney are in tip-top shape and every test that’s been carried out has gone well.

Jude’s growth is stunted because of the diagnosis, and the 2-year-old still wears clothes intended for three-month-old babies.

The syndrome is indeed extremely rare. There are only about 200 known cases of inherited skeletal dysplasia. Doctors in Delaware, where Jude and his family live, however, are on the way to finding a cure that could help him live a long life.

Whether or not medical advances will be able to help Jude in the future, the boy will surely have to face even more obstacles in coming years. His extremely short stature doesn’t make things easy.

But even if Jude is small, he’s stronger than anyone could have imagined. Doctors have seen him defeat the odds time and time again. His story, which spread through the parents’ “Praying for Jude Sullivan Peters” Facebook page helps provide knowledge about the disease to countless people who otherwise wouldn’t even have known about it.

And as long as he’s surrounded by the love and support of his family, Jude has the perfect conditions he needs to enjoy life.