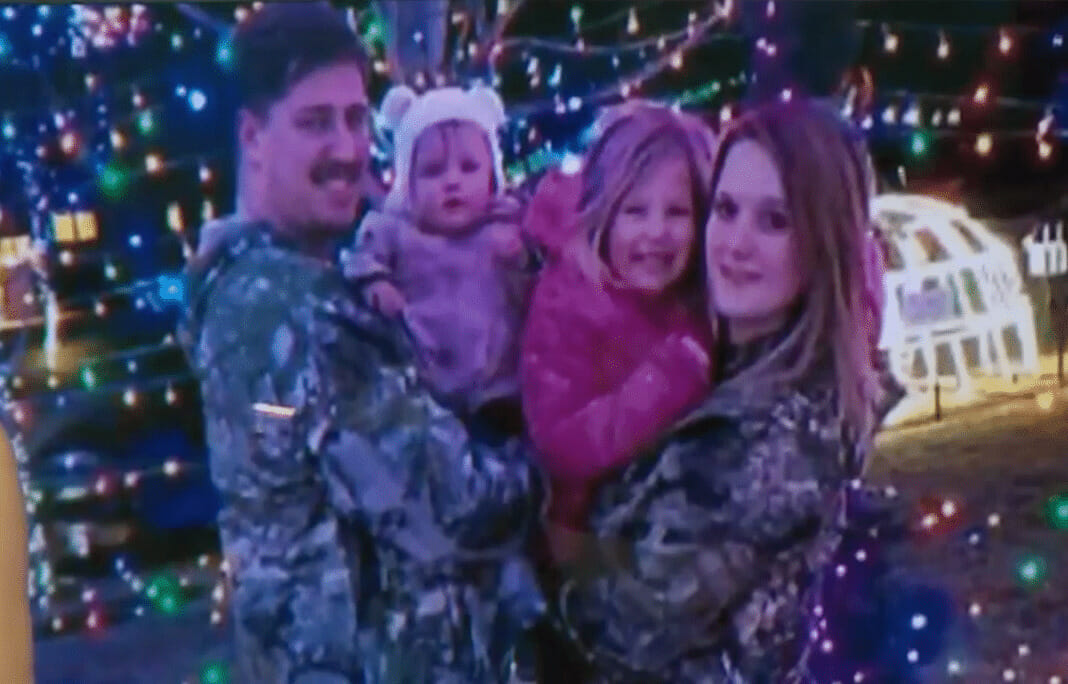 The family of four reported missing on Thanksgiving have been found dead, after their SUV 4Runner veered off Interstate 94 in Montana.

The Dean family were visiting relatives in Caldwell, Idaho, and left for their home near Grand Forks Air Force Base in North Dakota last Wednesday night.

After stopping in Montana overnight, the family, consisting of Staff Sgt. Anthony James Dean, wife Chelsi Kay Dean, and their two daughters, Kaytlin Merie Dean, 5, and Avri James Dean, 1, got up early and planned to make a pitstop to have dinner with their grandmother on Thursday.

Sadly, they never made it …

As per reports, the grandma received a call from Chelsi at around 6:30am on the Thursday. Chelsi said they planned to be at the grandma’s by 11:00am, though that was the last they were heard from.

By 15:00, Grandma began calling other members of the family to say they hadn’t arrived. They took to Facebook seeking answers, but it wasn’t until late Friday night that the tragic truth came to light.

Montana Highway Patrol reported on Friday night that the family’s SUV had gone off Interstate 94. Their bodies were identified the following day.

It’s said the vehicle crashed through a concrete support pillar at around 7:00am, just half an hour after Chelsi made her phone call. The car then plummeted 200 feet into a creek, killing all inside.

Leslie Dean-Webb, Anthony’s mom, said: “It’s the worst, it’s like a nightmare you don’t wake up from.”

Posted by Stars and Stripes on Sunday, 25 November 2018

Meanwhile, as per Fox News, Major Eric Inkenbrandt, 69th Maintenance Squadron commander, said: “AJ’s family brought a light to our maintenance community, and this loss strikes each of us deeply. May their friends and family be granted the strength and serenity to get through this sorrowful time.”

Our thoughts and prayers are with the relatives and loved ones of the Dean family.

Share this article to show your support in this dark hour.