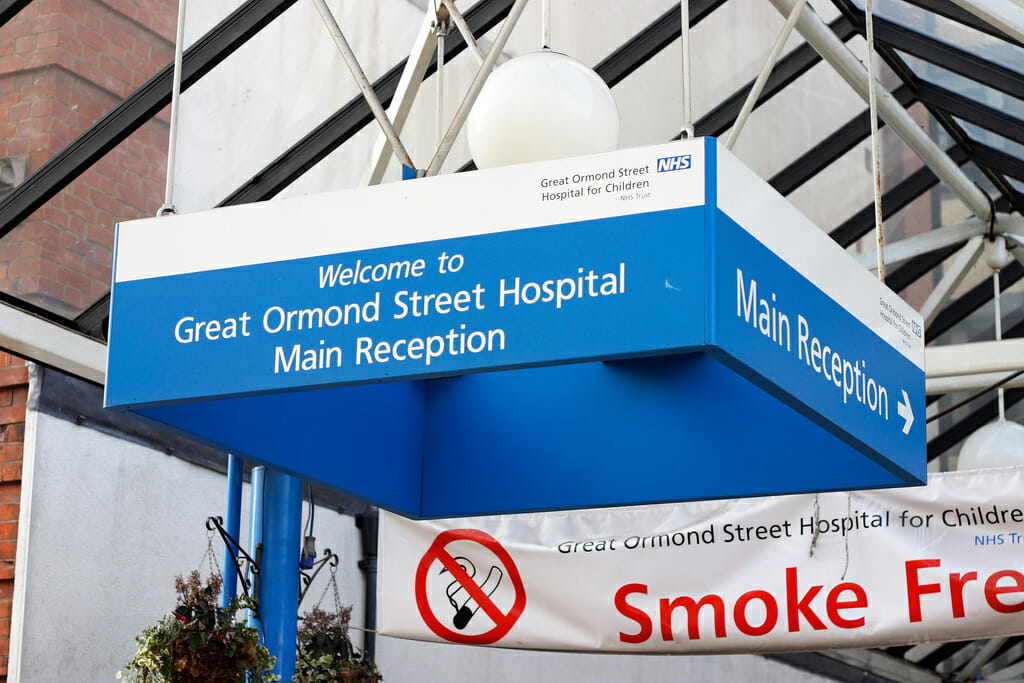 When Paige Franks gave birth to her daughter, Mila, she was immediately concerned with a strange round bump on her neck. What’s more, the bump seemed to grow with each passing day, until it was the size of a tennis ball.

21-year-old Paige knew something was seriously wrong, and convinced herself that her baby girl had cancer. So much so that she feared for her life.

“I thought she had cancer. You see a lump and you just assume.

“I was in bits and in tears.

“For the first few weeks I thought she was going to die. It was really scary.

Doctors, however, were on the case.

They reassured Paige that it wasn’t cancer – nor any terminal disease – but rather a “birthmark” as a result of congenital hemangioma, a collection of small blood vessels under the skin.

The relieved Paige nevertheless continued to measure Mila’s lump as it grew. She was wary of letting people touch her daughter for fear the lump would rupture.

A congenital hemangioma (hee-man-jee-OH-muh) is a type of birthmark that happens when a tangled group of blood vessels grow in or under a baby’s skin. Congenital means present at birth, so babies who have these hemangiomas are born with them.

“It was like another head. One of my friends joked that it could have been a twin but obviously it wasn’t,” Paige said, as per The Sun.

Imagine the scenario, your beloved baby has a problem that isn’t going away, and you’re eternally worried for them….

Paige monitored the lump, and did her best to wrap Mila in cotton wool whenever they were out the house.

The worried mother was very sensitive to others holding the baby with worries it could affect the mass.

“It was like another head. One of my friends joked that it could have been a twin but obviously it wasn’t,” Paige said in an interview.

Then, miraculously, three months later the lump began to shrink.

Just as quickly as it had grown, Mila’s birthmark began to disappear. Today, it’s virtually gone from the baby’s neck, and Paige couldn’t be happier.

Of course Paige was right to be concerned, but we’re so happy everything worked out. The human body is amazing!