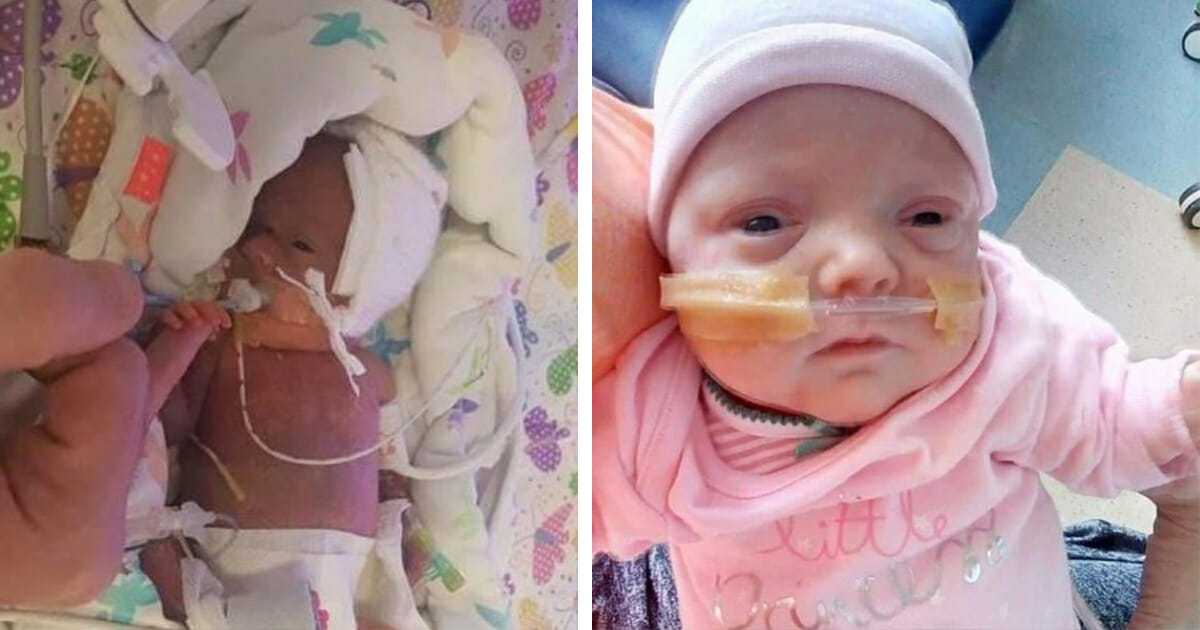 Delivering a premature baby isn’t all that uncommon. Countless mothers have given birth to babies born before their time, though usually medical intervention means that no longterm harm is done.

In the case of Sussie Bea, however, born weighing just 1lb 1oz, things were more than slightly out of the ordinary.

The baby girl was reportedly born just 22 weeks and 4 days into mother Jodie Marrin’s pregnancy. For those who don’t like to do maths, that means she was four months early …

As a result of the situation, Jodie and her partner Lee were told to expect the worst. As per the Daily Mirror, they were informed that the girl would have no quality of life if she were to survive.

But Susie’s parents weren’t prepared to throw in the towel.

They continued to fight for their baby, and the little girl herself proved no pushover.

Dad Lee said: “They said she wouldn’t be breathing for long and might not look like we expected. They said they would let us be together as a family.

“She came out and gave a little whimper so they started working on her.”

Doctors initially determined that it wasn’t worth working on Susie, but her parents were firm in their belief that she would pull through. They lived in the Ronald McDonald House at Arrowe Park Hospital in Wirral, Merseyside, for three months while their baby girl fought each day anew.

“I will never be able to explain just how truly amazing all the staff was, it is beyond words,” Patrick told The Sun.

Then, after five months in the neonatal unit at Arrowe Park, the family got some brilliant news. Susie was able to go home for Christmas!

Two huge thumbs up for brave Susie and her courageous parents, who refused to give up on her in the face of bleak odds!

All children deserve a shot in life. We’re so happy Susie proved exactly why, and wish the family a great Christmas.