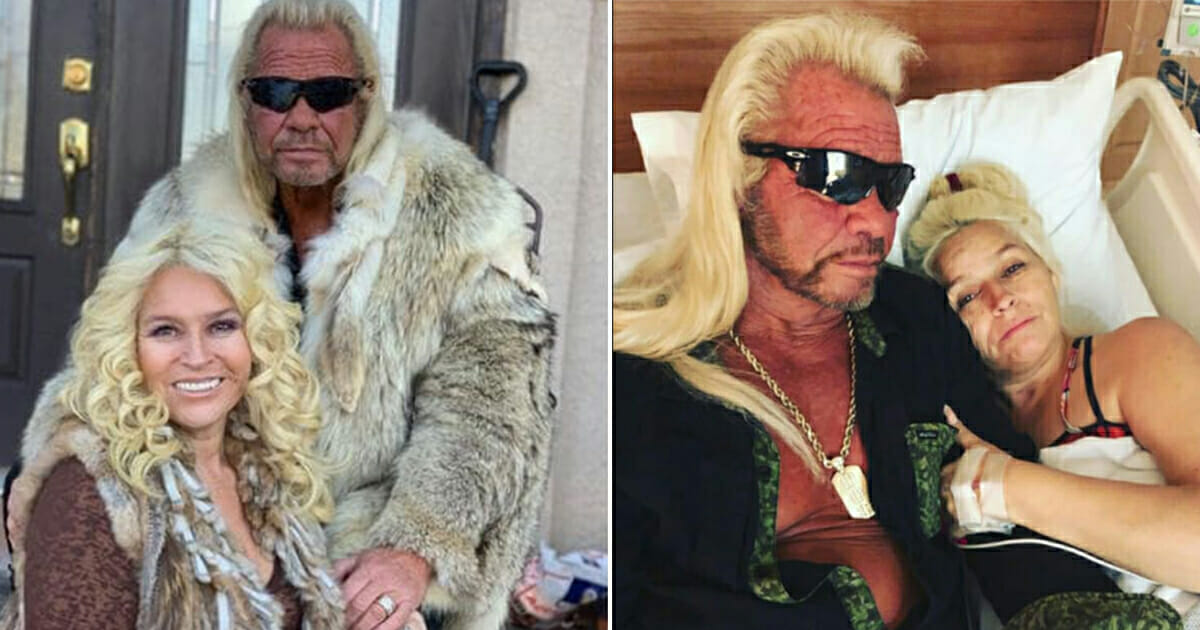 It was in later September, last year, that Beth Chapman was first told she had cancer. On that occasion, a stage 2 lump had been found inside her throat, and she underwent emergency surgery to remove it.

After spending a year in remission, however, the cancer is back. Beth was recently rushed to the California’s Cedars-Sinai hospital, Los Angeles, to have surgery to remove yet another cancerous tumor. This time, however, it was determined that the cancer had spread, and the outlook for Beth doesn’t look so rosy.

And yet the wife of ‘Dog the Bounty Hunter’ remains strong in her resolve. She shared a picture of her and her husband, claiming it wasn’t “the End of the Road” …

Dog, meanwhile, is struggling to cope with the blow, according to reports.

The world-famous bounty hunter admitted he is asking for everyone’s prayers, whilst also stating he cries a lot in a bid to fight the grief.

For her part, however, Beth is giving a fighting show of things.

The 51-year-old was clearly not ready to forego a proper Christmas in spite of her treatment, and posted an film most people can get behind.

On December 22, Chapman shared a Facebook video from the page Harlequin Flowers. It read: “Dear God, all I want for Christmas is healing for all cancer fighters. Amen.”

Typical of other posts from the same Facebook page, it had the text imposed over a glittery background, while the reindeers’ antlers were interspersed with ribbons.

Beth also posted a more traditional picture on Christmas day. She uploaded an image of her and husband Dog, equipped with the caption: “From our house to yours.”

Beth, we’re all pulling for you now!

If you want to help us send thoughts and prayers to Beth Chapman, share this article.