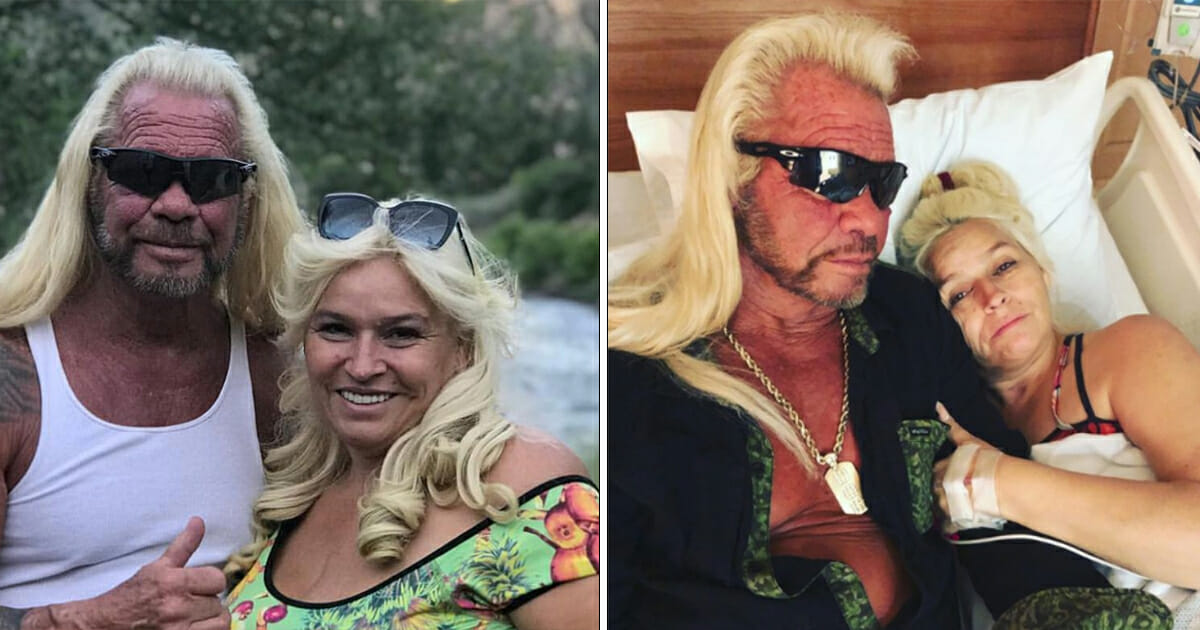 One of the most terrifying things about cancer is that it doesn’t discriminate. Sure, there are things you can do to lessen the chances of being afflicted by certain types of cancer, but this most horrible of sicknesses can strike anytime, anywhere.

Duane Chapman – who most will know as “Dog the Bounty Hunter” – has been forced to watch his wife Beth fight against throat cancer for more than a year.

The couple rose to fame through their hit TV show “Dog the Bounty Hunter” that ran from 2004 to 2012, and they’ve remained firm fan favourites ever since. But despite the ups and down they’ve endured over the years, the couple admitted that Beth’s cancer diagnosis has been the toughest challenge they’ve faced …

In November of this year, Chapman revealed to the world that his wife’s throat cancer had indeed returned.

He told Us Weekly: “She had a lump in her throat twice the size of last time, and they performed an emergency surgery yesterday. They cut a hole in her throat so she can breathe; she can still talk.”

Then, in late November, when Chapman was leaving a restaurant with his daughter Lyssa, he told TMZ reporters: “I appreciate the question and please say a prayer. She’s not doing good. ”

His daughter was forced to add words when she realized her father wasn’t comfortable saying more. She continued: “We are all so devastated. We love our Mommy so much and thank you guys for being here.

“We got such an amazing outpour from our fans and we just really appreciate it. Poor Daddy.”

One day later, Beth herself uploaded a photo to her own Instagram; one of her and Duane lying together in a hospital bed.

“Another bend in the road,” she wrote, “yet not the end of the road.”

All of our thoughts and prayers are with Beth moving forward. We hope she can beat this and come back stronger than ever!

If you want to wish Beth well in her fight, share this article to show your support in the battle against the big C.