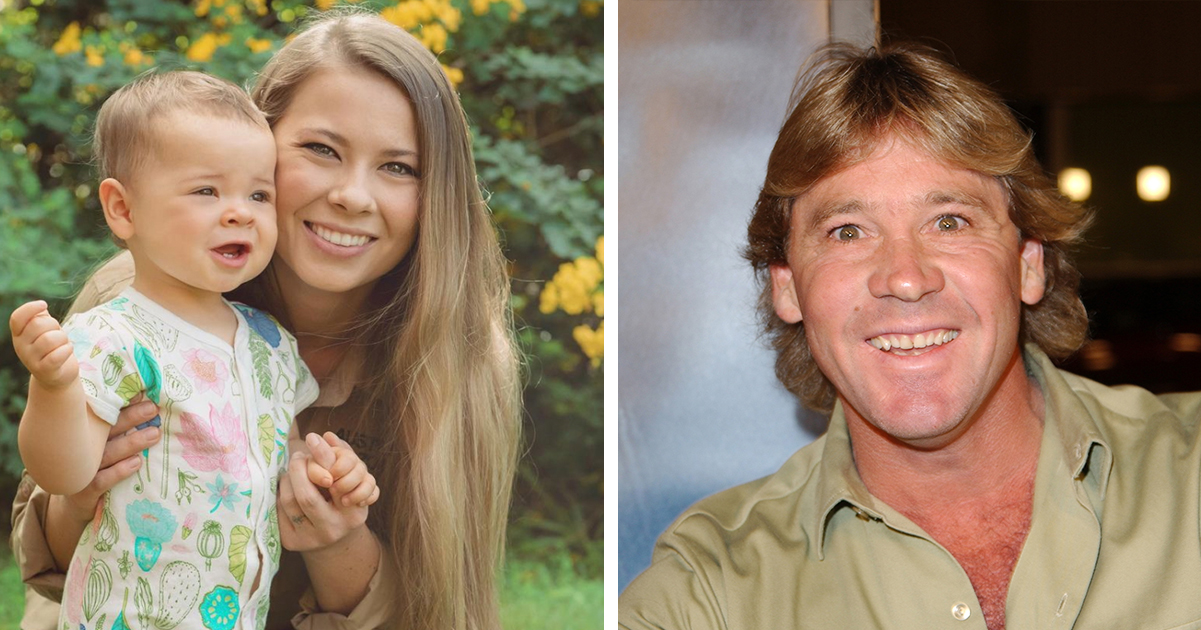 Steve Irwin became a certified legend during his time on this Earth. The eccentric Australian was best-known for his work in promoting animal and wildlife conservation, and his larger-than-life attitude secured a legacy that few will ever forget.

Irwin’s death during the filming of a production titled Ocean’s Deadliest in September of 2006 left the world in shock. The celebrated personality was just 44 at the time, and left behind a family that included his two then-young children, Bindi, 8, and Robert, 3.

Fortunately, it looks as though both of them are following in his footsteps. Along with his wife, Terri, 57, Bindi and Robert work at Australia Zoo, where they endeavor to continue their father’s great work.

Not only that, but it would appear that the Irwin family’s devotion to animals is steadily being secured for future generations to come. Last year, Bindi and boyfriend Chandler Powell, 25, welcomed Grace Warrior to the world, and the little one is reportedly “fascinated” by her grandfather.

“We have so many documentaries of Dad, and we’re always playing them for Grace,” Bindi told PEOPLE.

“It’s so fun to watch her study him. I didn’t realize how much Dad’s passion for life and his animated facial expressions — I mean, they captivate her.”

What’s more, Bindi said that she can already see elements of her famous father in her daughter.

“I definitely see parts of [Dad] in Grace,” Bindi said.

“His determination and his inability to sit still. I think that’s really special. I’m excited to see as she grows up how her personality will develop. If Dad was around, honestly, we would never see her. He would be in love.”

She added: “He’d just have her doing everything with him. We would only see her if she needed a feed and then be gone again.”

“She just stares at him in complete and utter fascination,” Bindi continued. “She hangs on every word he says. Whether he’s talking about a croc or a spider, she thinks it’s amazing.”

Earlier this year, Grace Warrior celebrated her first birthday, and her family marked the occasion by creating a cut-out picture of Steve for a special photograph.

Steve’s widow, Terri, wrote of Grace’s birthday: “Today is Grace Warrior’s first birthday. I am amazed every day when I see her determination, curiosity, and depth of love. There is a wise old soul behind her eyes, and I am very privileged to be her grandmother.”

We can only imagine how much pride Steve Irwin must feel upon looking down at the wonderful family he helped to create, and the overwhelming legacy forged by his actions on Earth.

Man, we sure miss Steve Irwin and his incredible work with animals. That said, it certainly looks like his wonderful legacy is being fulfilled by his children.