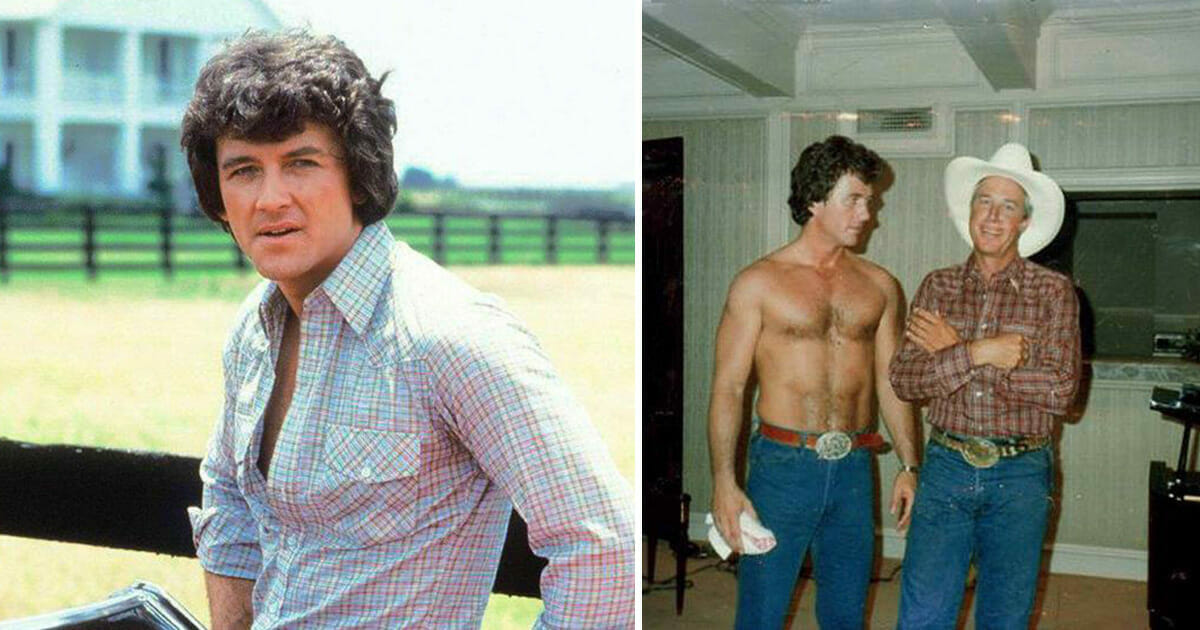 Patrick Duffy was one of the most beloved actors in the television series “Dallas“.

When his his character, Bobby, was written out of the show, there was such furore amongst audiences in the United States that producers were forced to take him back in the mid-1980s.

Yesterday, he turned 69-years-old, so here’s a big Happy Birthday from us, Patrick. What’s he up to nowadays? Well, the actor recently appeared on a German television show with David Hasselhoff, and boy does he look different …

Dallas was a landmark series for television, and one of the first seriously big dramas to hit America. From its humblest beginnings, the show became a popular feature in homes around the world.

In total, it was given 14 seasons on air, and became one of the top-rated series between the years of 1978 and 1991, despite only being projected for a five-part miniseries. The bulk of the action revolved around the Ewing family and the fortune they made in the oil industry, while simultaneously farming livestock at their Texas Ranch.

Despite only initially being scheduled for five episodes, all in all 357 episodes would be produced by American company CBS.

Then, 21 years later, in 2012, television creators surprised the world with a whole new season – one containing a few components from the original cast.

So what really made the show tick? Well, actors Patrick Duffy and Larry Hagman both became firm favourites with their portrayals. Duffy’s character, Bobby, was so well received, that there was nothing short of outrage when his character was killed off in 1985.

Remember Patrick Duffy from ‘Dallas’? He’s not the Bobby we remember anymore! —> http://bit.ly/2ghoe7e

In the series, Bobby died. However, producers were so worried about the backlash from viewers, that they decided to reinsert him in the following season. They used the explanation that Bobby’s wife had only had a nightmare that her husband had died – a move that was kept secret from the other cast members right up until the last minute. They weren’t told about the decision until the end of the 1986 season.

Bobby would go on to become perhaps the most popular character in the series – and the thus far defining role of Duffy’s acting career.

Posted by Dallas Fanzine on Tuesday, 2 May 2017

We are sad to report the recent passing of Carlyn Duffy, wife of Patrick Duffy. Thoughts and condolences to the family. #Dallas

He appeared recently, though, to host German television program “Welcome to Carmen Nebel” – the first time in a long time that fans got to see “Bobby” again. Only now his floppy black mane has been replaced by a silver ponytail!

Stepping out onto the stage, he donned a smart pin-striped suit. In truth, though, he looked so different from his Dallas days that it’s almost difficult to recognise him … almost.

As per The Sun, he recently opened up on his life as an actor, and what it meant to him:

“From high school on I wanted to act, that was all I wanted to do. I wasn’t employed for years but I have been very fortunate and successful.”

Will the biggest topic of conversation at the #Dallas40 reunion at Southfork be Patrick Duffy's new hair?!! #Dallas

Featuring alongside David Hasselhoff on the German TV show, he also performed with French singer Mireille Mathieu, whom he had a hit song with in 1983 called ‘Together We’re Strong’.

Share if you’ve got any friends who are fan of “Bobby” or Patrick Duffy. Let them know what he’s up to these days …