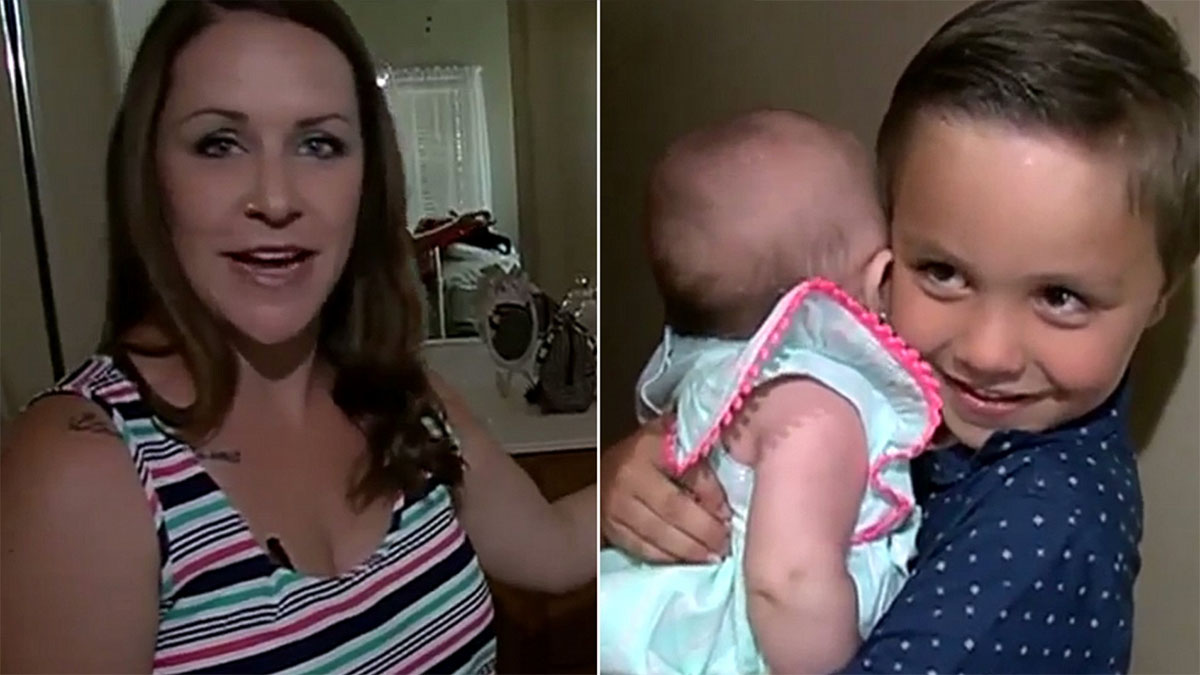 Katelyn Cicalese had just put her 5-year-old son and two-month-old baby girl to bed and was taking a shower when she suffered a seizure and blacked out.

The Arizona mom fell to the ground, hit her head on the side of the tub, and was left slumped under the faucet with the water still running.

Her son Salvatore heard the thud and went into the bathroom to find his mom with blood coming from a head wound, per San Tan Valley News.

The 5-year-old thought his mother was dying and decided to go get help, but not before getting his 2-month-old sister and taking her with him.

He opened the garage door of the house, which he reached by standing on a chair he’d dragged from the kitchen. He then wrapped his 2-month-old sister in a blanket and went to the home of Jessica Penyoer, who lived nearby.

The neighbor told ABC15 she was surprised to find the young boy on her doorstep at night, and she initially thought he was telling her that his dog died.

“He said, ‘No, my mom died in the shower. Can you take care of us?'” Jessica recalled.

Jessica called 911 and then went to the boy’s home where she found her neighbor lying unconscious in the shower, with the water still running.

Rescuers found Katelyn unconscious in the shower under the faucet.

“Honestly, he saved my life,” Katelyn said. “I was under the faucet. If he wouldn’t have gotten help, I would have drowned.”

Katelyn made a complete recovery, but she said her son stills asks her every day if she is OK, or if she is going to die.

A month after the incident the quick-thinking youngster, now nicknamed ‘Super Sal’ was honored for his bravery by the Rural Metro Fire Department.

Sal was given a patch, an honorary firefighter certificate, a shirt, and a helmet.

I can’t believe this youngster was only 5 when he saved his mom’s life, what a brave and clever boy he is!