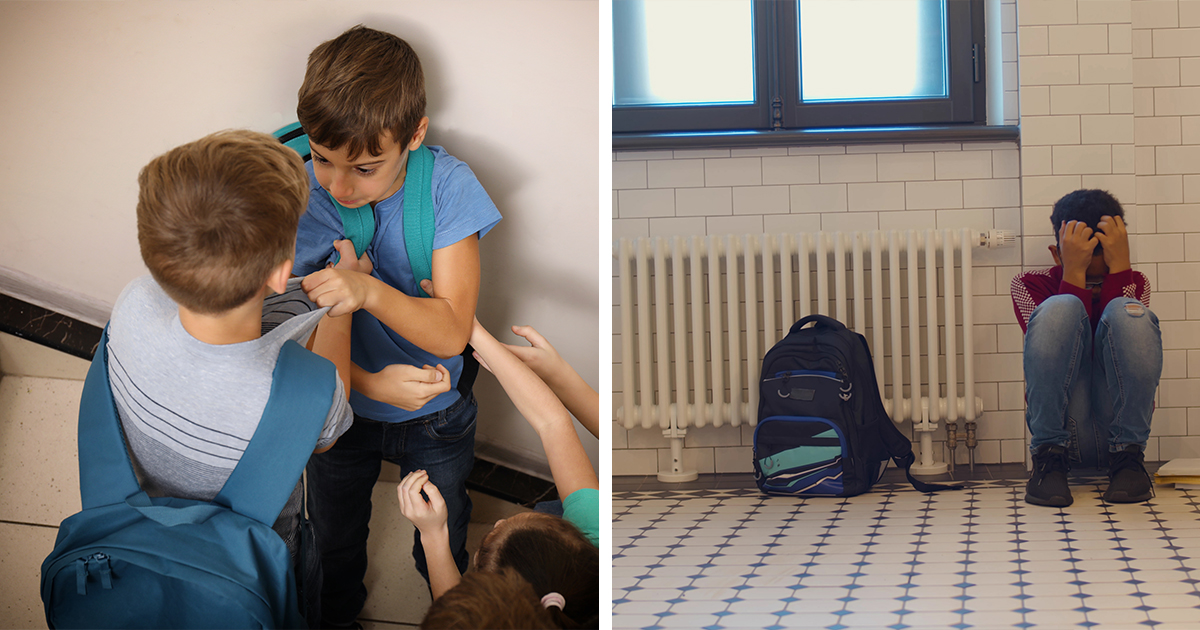 Bullying is a despicable facet of life that I’m sure the vast majority of us would sooner didn’t exist.

Sadly, it starts in schools, where young boys and girls all over the world find themselves victims in a place where they should feel safest of all.

I know this because I had friends who were bullied when I was in school. I saw first hand the consequences it can have, and how innocent children are left fearing to go to classes each day because they know their tormentors are there waiting for them.

Shocking reports detail how a schoolboy who was reported as missing from his classes by teachers was actually found to have spent three days hiding in the bathroom to escape bullies.

The teenager, who wished to remain anonymous, was missing from Cotham School in Bristol, UK, prompting concerns that he was skipping class.

His dad said that teachers reported him to his parents, only for the boy himself to come forward and say that he’d been hiding in the school bathrooms as a way of avoiding encounters with others looking to make his life a misery.

The boy’s dad said: “When I told them I hadn’t received a text [on Monday or Tuesday], they said they’d never had that issue before and their system had never failed.

“They don’t take the situation very seriously or the wellbeing of [my son], who has been in the toilet for three days.”

The school in question has reportedly launched an investigation into the matter and are now looking for answers.

A spokesperson for the school said: “We take allegations of bullying and the wellbeing of our students very seriously and are working with this family to investigate.

“We are, of course, saddened that one of our students felt unable to go to lessons after registering in school or to approach one of our excellent and well-trained pastoral staff for support.

“When we were made aware of the allegations of bullying only very recently last week, senior and pastoral staff met with the family and we immediately launched an investigation into their concerns.”

I don’t know about you, but I sincerely hope the matter is solved and this boy isn’t left to fear for his safety at school.

There’s nothing worse than a bully. Truly, the sooner we can eradicate this blight once and for all, the better the world we live in will be.

Share this article if you, too, dream of a world where bullying doesn’t exist in any form.