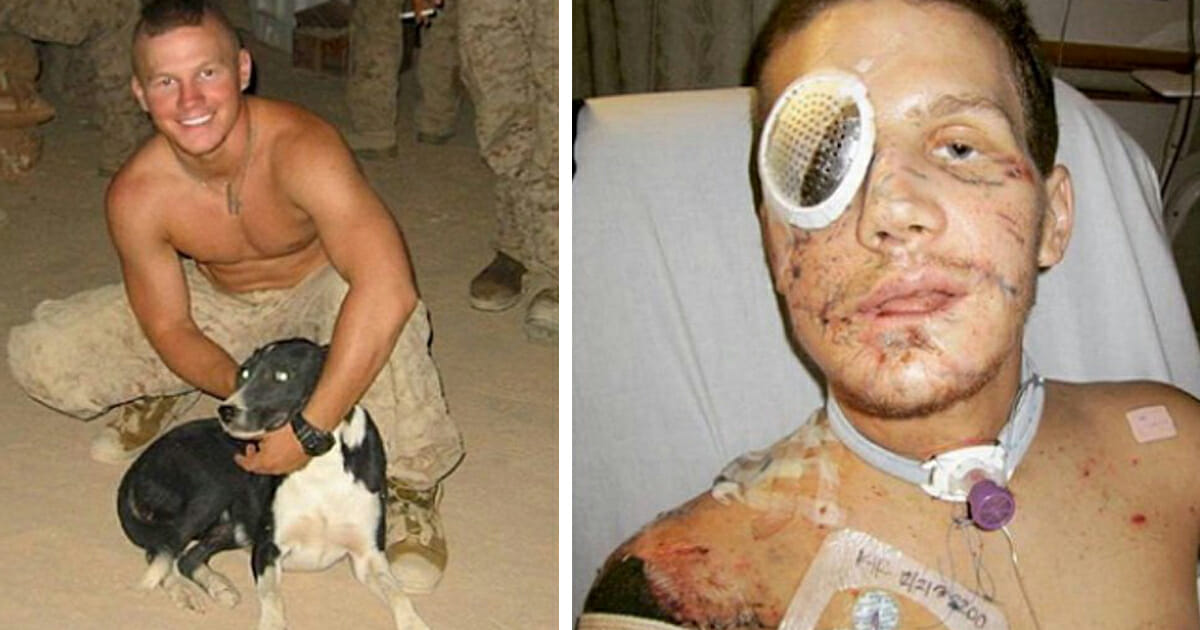 William Kyle Carpenter. You might know his name, you might not, but you can never dispute the fact he is a certified American hero.

At the age of 21, Kyle earned the rank of Lance Corporal in the United States Marines. In 2010, he was sent into war in Afghanistan.

During a firefight, a grenade landed near where Kyle and another Marine were fighting. Without thinking twice, Kyle leapt into action …

8 years ago today I woke up to my first sunrise on Parris Island. Honored to have earned the title. #SemperFidelis

It was a split-second decision that spoke volumes over Kyle’s indomitable strength, but would ultimately change his life forever. Kyle jumped on the grenade, using his body as a shield in order to save his friend.

He offered up his life in sacrifice so that his fellow Marine might be spared.

Happy Father's Day dad. Thank you for always being there. I love you

Naturally, he suffered devastating injuries as a result of the ensuing explosion. His body was riddled with shrapnel and the bones in his skull and face were shattered. On top of that, Kyle lost part of his jaw, one of his lungs collapsed, and he was declared P.E.A (patient expired on arrival) when he got back to Camp Bastion.

7 years ago today I was bleeding out on top of a dusty roof in Afghanistan. As I laid there, struggling for air, I thought about my family, said a prayer, and let the world and life fade away. 7 years later I am so thankful and appreciative for every second I have been given. From the moment I woke up in the hospital to today, I am equally as thankful for the people that have been there ever since. To my family, my friends, my doctors, my flight medics and my Marines thank you for always loving and supporting me. You have helped heal and make me into who I am today and for that I will be forever grateful -Love Kyle #AliveDay @mcgregorphoto

Over the next two years, Kyle was forced to undergo forty different surgeries. He was awarded the Purple Heart for his bravery, as well as becoming a recipient of the prestigious Medal of Honor, bestowed upon him by President Barack Obama.

Today, Kyle is retired from military service and is working towards getting a degree from the University of South Carolina.

A true American hero. Watch the video below for more on Kyle’s story:

Share to show your support for a man who willingly sacrificed himself to save another life.