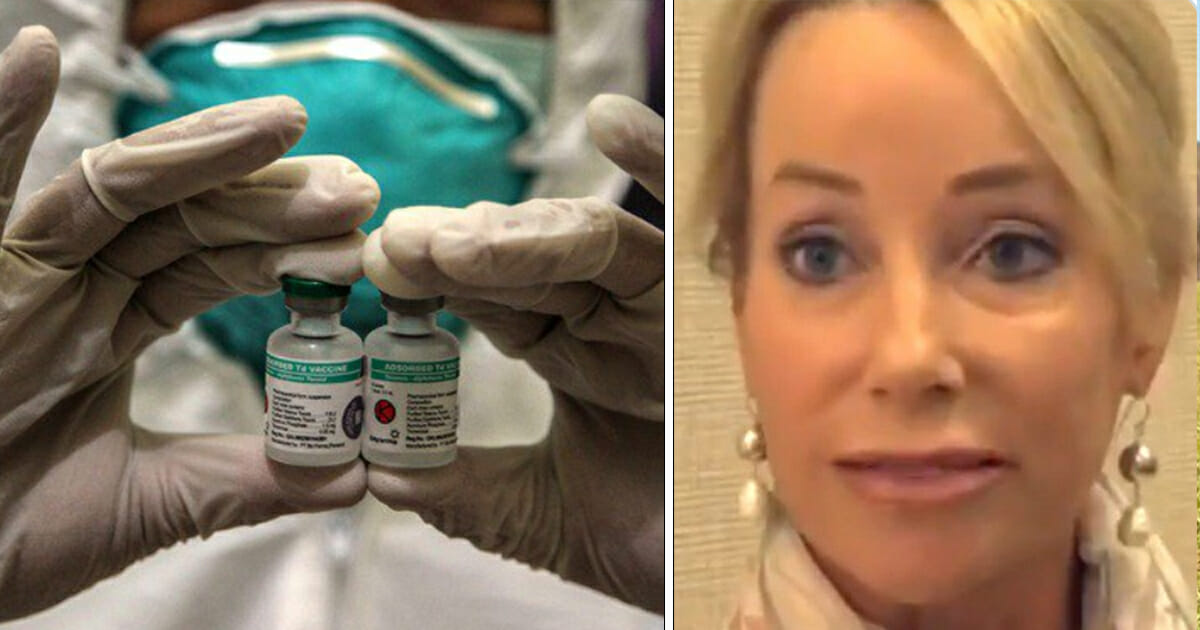 Cancer. It’s one word humans have learned to fear almost above all others.

But while this terrible disease may have given millions of people cause to be worried, it’s cancer itself that should truly be afraid.

Each year we come closer to solving the Gordian Knot, each year we get a little closer to the days when the world can proclaim that it has found a way to beat cancer.

According to researchers, one such day may come within the next eight years.

Scientists at the May Clinic in Jacksonville, Florida, say a new vaccine has been developed that could not only stop the recurrence of breast and ovarian cancers, but may be able to prevent them developing in the first place.

A new cancer vaccine has given researchers hope after it removed cancer cells in a patient with breast cancer. https://t.co/xUWEqKj2W4

As per reports, the vaccine, which is undergoing testing, has helped to remove cancer cells in a breast cancer patient already.

Now, given that the research remains in its early stages, it will be at least three years before a phase three trial of the vaccine would be available to a larger number of patients.

Mayo Clinic investigator Keith L. Knutson, PhD, told Forbes: “It is reasonable to say that we could have a vaccine within eight years that may be available to patients through their pharmacy or their doctor.

“We haven’t seen any adverse events that are causing problems other than irritation in the area similar to a flu vaccination. Now we have to convince the FDA, through solid, rigorous clinical trials that we’re seeing what we’re seeing.”

The vaccine has already helped kill cancer cells in a Florida woman, according to the clinic. This is ground-breaking ?

Naturally, carrying out the necessary trials is an expensive process. Knutson says a typical phase two clinical trial can cost between $12 million and $20 million, while phase three trials are even more expensive, sometimes doubly so.

According to sources, the vaccine works by stimulating the immune system in cancer patients to attach and kill cancer cells.

Lee Mercker was diagnosed with a type of breast cancer known as DCIS stage zero, and joined the clinical trial in March as her cancer had not yet spread to the rest of her body.

“They always took your blood, you had a physical, they’d make your shot right there on the spot for you,” Ms. Mercker said, as per the Washington Post. “It was three shots, all in a row, alternating arms, four shots, two weeks apart.”

Ms Mercker still had a mastectomy to make sure everything was removed as it should be, but her taking part in the trial allowed researchers to see how their vaccine would affect the body.

Dr. Saranya Chumsri hopes the vaccine will prevent cancer and went on record stating other trials have had positive results, including amongst patients with Stage Four cancer.

This is the sort of news I want to be reading every morning! A huge congratulations and thanks to the team behind this vaccine.

Share this article to spread some hopeful news today. Together, we can beat cancer.