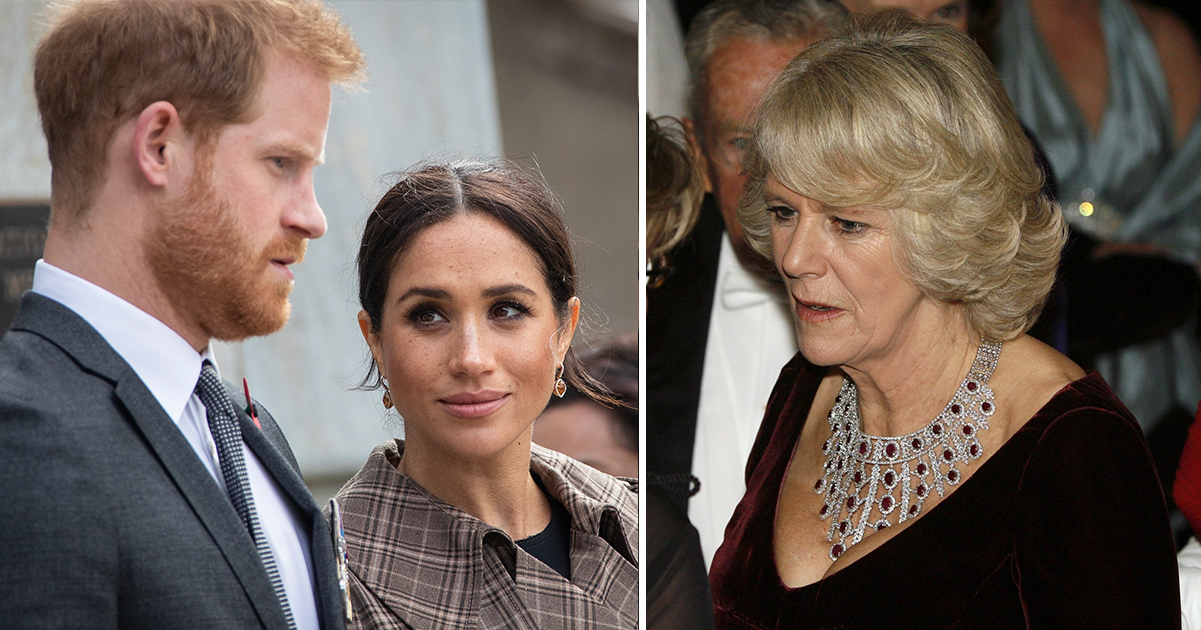 You may just love them, you may just loathe them. No matter your stance, though, it’s impossible to deny that the British Royal Family is cloaked in an intriguing sense of mystery.

Indeed, it’s highly likely that it’s by design – it’s easier to revere something, to remain fascinated by something, when you’re not quite sure what’s behind the curtain.

In any case, the British royals have proven themselves experts when it comes to weaving the illusion of being almost other-worldly. Just what does the reigning monarch’s day look like from start to finish? What does the average conversation look like between two princes? How does the average royal feel about the ongoings of the rest of the world?

Of course, we as the public are hardly likely to be afforded definitive answers to the burning questions we might have. The royals are – as already stated – discreet by their very nature. The smoke-and-mirrors approach is what in part protects them from the modern truths that threaten their existence as what many deem to be a now-defunct institution.

Which is why rumors and speculation are always feasted upon whenever they appear to be leaked from people in-the-know at Buckingham Palace. One such tit-bit of information – which has apparently found its way to the Daily Mirror – concerns the newly-made Queen Consort, Camila Parker-Bowles, and her reaction to a certain suggestion from Prince Harry …

It’s part-and-parcel of life as a British royal to have every facet of your life examined, the filaments of your daily doings seared by an unforgiving spotlight.

One can imagine, then, that the power of any such spotlight only intensifies when something big happens to propel the British Royal Family into the mainstream news.

Recent events, as it happens, have done just that.

Father Time comes for queen and pauper alike. September 8, 2022 marked the end to a glittering reign that began all the way back in February, 1952.

The word first broke regarding the Queen’s death on Thursday, the week before last. Worrying reports had emerged during the day suggesting that she was in ill health, then the serious nature of the rumors was confirmed when royals from all over the UK and beyond began to make their way to the monarch’s Balmoral home.

In a statement later that Thursday evening, Buckingham Palace said:

That includes the other members of the Royal Family, forced to stand under scrutiny for the entirety of the ceremony.

With the Queen now finally at rest, it’s those other royals who now bear the burden of responsibility for the Royal Family moving forward.

With that in mind, there’s plenty for them to work through, not least the ongoing semi-feud between Harry and Meghan and the rest of the family.

Readers will likely remember the fallout from Harry and Meghan’s infamous tell-all interview with Oprah Winfrey – this after they turned many a head by announcing their decision to step back from their official royal duties and move to the US.

In any case, King Charles and Prince William were said to have been amongst those most angered by what was a perceived betrayal on Harry’s part. Time has passed since then – it’s been well over a year since the interview with Oprah – but there yet remains a lingering sense of conflict where Harry and his immediate family members are concerned.

It must be said that Harry appears to be doing his best to restore a measure of civility and peace. Reports suggest that he’s extended olive branches to the likes of King Charles and Prince William while he’s been in the UK for his grandmother’s funeral.

Yet matters with the royals are seldom so simple as they seem to be.

No, a new report in the Daily Mirror implies that the project to bring about a renewed relationship between Harry and his father is still a work in progress.

What’s more, Harry is said to have requested the presence of a mediator to sit in on a potentially “awkward” family meeting weeks before the Queen’s death.

The Mirror say that Harry and Meghan had stopped off in Britain on their way to The Hague for the Invictus Games earlier this year in April, but that Charles insisted on a meeting with them before they had an audience with Queen Elizabeth. This is according to a new royal book: The New Royals: Queen Elizabeth’s Legacy and the Future of the Crown by Katie Nichols.

Harry and Meghan, it’s alleged, were late for their chat with Charles and had just 15 minutes before they had to leave for another Service at Windsor Castle.

Charles and Harry – according to Nichols’ book – greeted each other warmly enough, but it was Charles’ wife Camilla who was left shocked at Harry’s request for a mediator to smooth things between them.

As per Vanity Fair, citing a family friend: “Harry went in with hugs and the best of intentions and said he wanted to clear the air.

“He actually suggested that they use a mediator to try and sort things out, which had Charles somewhat bemused and Camilla spluttering into her tea.

It should go without saying that Harry’s upcoming memoir – due to be released later this year – is a source of apprehension for his family. Many of them are yet reeling from the revelations divulged when he and Meghan talked frankly with Oprah. Who knows what sort of damage further claims might do to the British monarchy?

Royal author Robert Jobson wrote in The Sun: “Harry will no doubt be torn between wanting acceptance from his family and also the love of his wife. But he has now left himself in a Catch-22 situation.

“He has signed a four-book deal worth millions with Penguin Random House. He needs the money to fund his flash Californian lifestyle.

“Once that book, which is now written, hits bookshelves there will be no going back for Harry.”

We hope and pray that Harry can rebuild the bridges burned with regards to his family members.

What are your opinion on the British Royal Family? Let us know thoughts and feelings in the comments box.

Meanwhile, share this article if you think Harry will find himself in the royal fold again in the future.