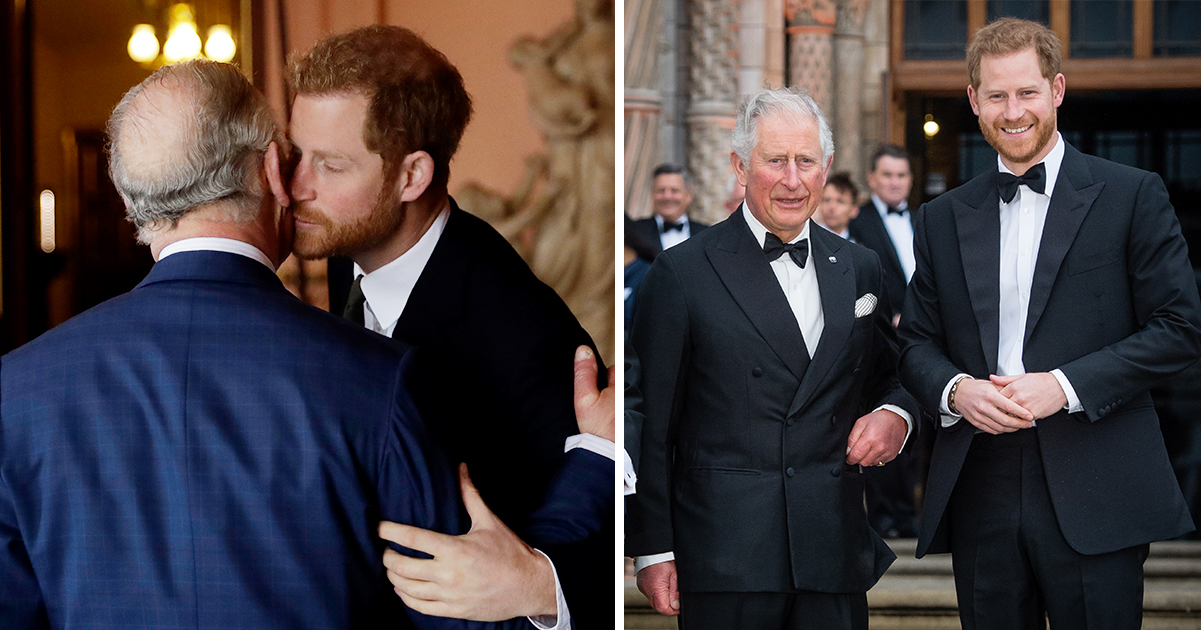 The Queen is dead, long live the King.

Unless you’ve been living under a fairly sizable rock this past week or so, you’ll have likely been inundated with news of every kind regarding Queen Elizabeth‘s passing.

Naturally, there’s been an almost unprecedented attention given to the royal family in the wake of the Queen’s death. Unsurprising, really, given that she reigned for an incredible 70 years.

Meghan claimed that family members had “concerns over how dark his skin might be when he was born”, in reference to their then-unborn son, Archie.

It was truly one of the most stunning revelations from the interview.

Needless to say, Harry’s relationship with his family – particular with his brother, Prince William, and his father, now-King Charles – was significantly damaged by the interview with Oprah.

Since then, things have been frosty between the parties involved.

Indeed, as per reports, Harry’s status as an outsider was only reinforced when he arrived at Balmoral on the day of the Queen’s passing. It’s believed he was not invited to dinner with King Charles and Prince William on the Thursday evening, instead dining with the rest of the family.

Yet, the same reports suggest there is now hope with regards to Harry potentially mending the relationships with his brother and father.

It’s long been speculated that Harry would potentially find a way back into the royal fold in the event of his grandmother’s death. Just what sort of role he could play moving forward remains to be seen, but Charles is sure to know that a wholly unified monarchy is stronger than one troubled by fractions, disputes and in-fighting.

In any case, reports state that Harry offered an olive branch to King Charles while in the process of paying tribute to his late grandmother. Harry and Charles haven’t shared many words at all over the past few years – some reports insinuate that they haven’t spoken at all – but it appears steps are being taken to bridge their divide.

In a statement on the Archewell Foundation website – established by Harry and Meghan – Harry pledged to honor his father.

The statement read: “And as it comes to first meetings, we now honor my father in his new role as King Charles III.”

With plans now in full-swing ahead of Queen Elizabeth’s funeral, Harry and Meghan have made it known that they will be staying in the UK until after the ceremony. This may mean that they opt to fly their two children, Archie and Lilibet, across the Atlantic with their grandmother on Meghan’s side, Doria Ragland.

One insider is said to have stated: “The family has already spent more than a week apart, and the state funeral isn’t for another eight days. Meghan and Harry will stick around until the end of the royal mourning period, which ends seven days after the service.”

Meanwhile, the once-unbreakable bond between William and Harry could be repaired while the latter is in the UK. Reports state that William and Kate extended an invitation to Harry and Meghan to greet well-wishers and take in floral tributes laid outside Buckingham Palace in the Queen’s memory.

William is believed to have wanted to negate any tension and show a united front alongside his younger brother.

Fans were delighted to see Princess Diana’s sons once more walking side-by-side, and the wish is that they can now bury any remaining hatchet.

I don’t know about you, but I for one hope that Prince Harry can reunite with his family and put the past in the past.

That said, what do you think will happen? Should Harry forgive his family, and vice-versa? Let us know your thoughts in the comments box below.

Meanwhile, share this article on Facebook to pay your respects to Queen Elizabeth, arguably the most well-loved and well-respected monarch of all time!