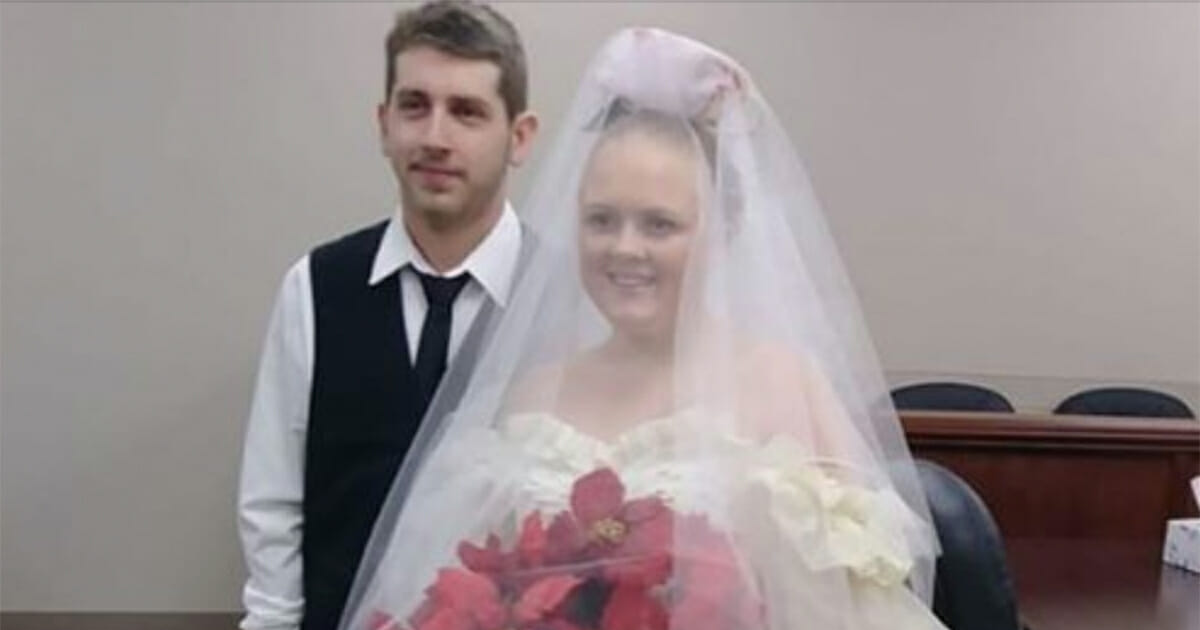 A young Texas couple have died in a car crash just five minutes after exchanging their wedding vows.

According to reports, Harley Morgan, 19, and his bride Rhiannon Boudreaux, 20, collided with a pickup truck as they pulled onto a highway shortly after leaving the office of the justice of the peace in Orange.

Witnesses say their vehicle flipped over a number of times becoming coming to rest in a ditch. Both Morgan and Boudreaux died at the scene.

"The two of them had so many dreams."

The family of newlyweds who were married for only a few minutes before they were killed in a vehicle crash is speaking about the couple — Harley Joe Morgan and his bride Rhiannon Marie Morgan. https://t.co/7ACTECHrgX pic.twitter.com/JMLwW4kssA

In a tragic turn, the couple were pronounced dead by the same justice of the peace who had conducted their wedding ceremony.

The groom’s mother and sister had been driving behind the newlyweds at the time of the collision. The driver of the truck, which was towing a trailer carrying a heavy tractor, was not injured.

? Childhood sweethearts killed in accident only minutes after getting marriedA couple has been killed in an accident…

Captain Keith Longlois, Orange police chief, said: “The family was right behind them. They were all going out to go to wherever they were going to have their reception.”

Harley’s mother, meanwhile, who had been in the vehicle behind the married couple, told KFDM: “Those two babies. The only thing that they wanted was to get married and start their life. The two of them had so many dreams.

“I watched my baby die, I’m still wearing my son’s blood because I was trying my best to rip him and her out of the car.

“That’s an image that will haunt me the rest of my life. I won’t forget it. It will never go away. I will see that truck hit my baby and kill my baby every night of my life, the rest of the time that I’m on earth.”

PRAYERS ? This young couple died just minutes after their wedding when their car collided with a truck. They were…

It’s been reported that Morgan and Boudreaux had been dating since the eighth grade, and that they had made plans for a bigger ceremony near Christmas.

“20 December is when we were going to have the big ceremony with the flowers, all the friends, rest of the family, everything,” Harley’s sister explained.

Detectives are investigating the collision but initial findings appear to indicate the truck driver was not at fault.

We’re sending all our thoughts and prayers to the family of Harley and Rhiannon at this most difficult of times.

The world can be an extremely cruel place sometimes, and things happen that are simply out of our control.

Please share this article to pay tribute to the married couple taken too soon. We hope you’re now resting together.