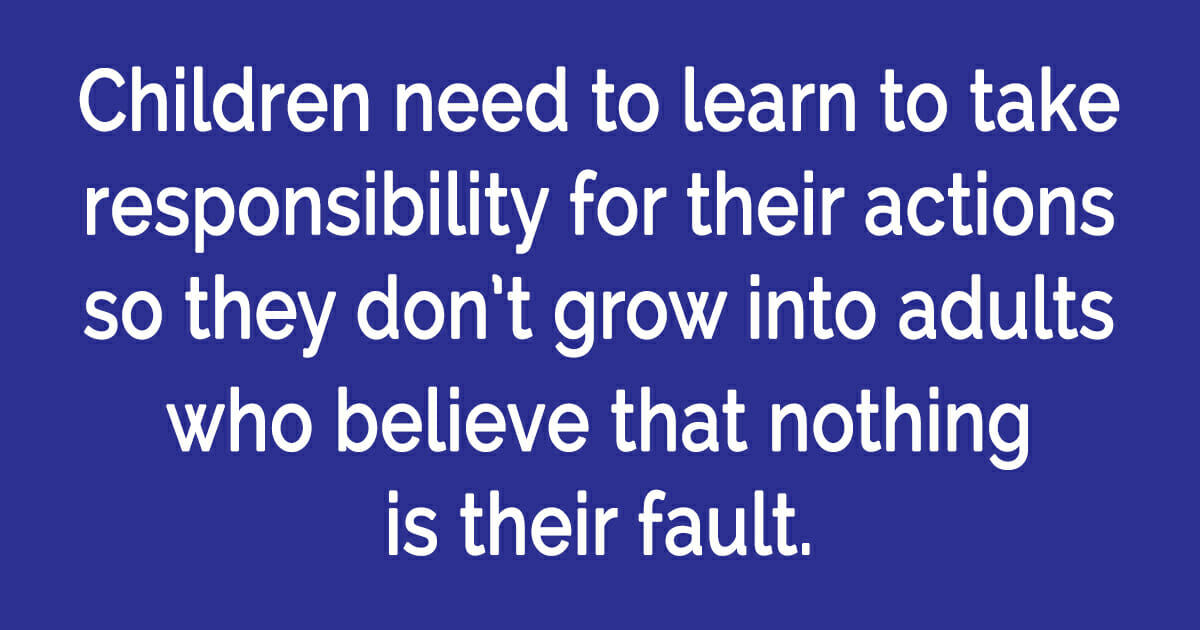 As we get older in life we become acutely aware of one of its most obvious and unchanging rules: actions have consequences.

Put simply, we come to learn that everything you do has a rippling effect in one way or another. Coming to terms with this truth is important; the earlier we do it, the better, both for ourselves and others.

Which brings me nicely around to the subject of raising our children. Now, it’s safe to say we’re all guilty of spoiling our kids from time to time. Buying them a gift and indulging them with nice things isn’t a crime. Rather, it often reinforces the love and security we, as parents, want to promote.

That said, there’s a difference between ceding to your child’s occasional wish and giving them a free pass when they make mistakes or do irresponsible things. It can be difficult to punish your child – after all, to do so is to admit they’ve done something wrong – but it’s vitally necessary for their development, and failing to do so can birth longterm problems.

For anyone who thinks otherwise, I hate to break it to you, but children need to be made aware when they’ve done something they shouldn’t have. Furthermore, penalties or soft punishments reinforce this fact and let them know that doing bad things has consequences.

Without teaching your child this unquestionably valuable lesson, you set them up for an attitude that will neither serve them as they grow older nor the world they interact with.

Sooner or later there is going to come a time in their lives when they’ll be held accountable or responsible for something, and without prior experience they’re set up only to fail.

It may sound simple, and at its core it really is. Nevertheless, no end of children grow up with a sense of entitlement that comes from never having had to answer for their actions.

So, how do we, as parents, ensure that our kids are growing up responsible? Well, having age-appropriate responsibilities is a good start. Chores and jobs around the home give children a sense of duty and their first rung of footing on the ladder of responsibility.

When a child ignores or doesn’t complete their given task, they can be set back on the right path with words or corresponding punishments. These don’t have to be harsh lessons or admonishments designed to make them unhappy. Instead, they should be reminders that they’re part of a team, something larger than themselves, and, above all else, their actions have consequences.

Tasks to assign your kids should always be set with their age in mind. Packing away their own toys, for example, is one that children can grasp from an early age. Making their bed or cleaning their room can also be done without causing any level of stress.

As they grow older, taking out the trash, washing dishes, feeding pets and cutting the lawn are common tasks parents often bestow upon their children. So long as they have help when they need it, and they know they’re not being forced to work in order for others to skip their own duties, it’s the perfect way to install a sense of responsibility.

After all, it’s our responsibility as parents to raise our children to be the next generation of adults. When we look at the world we see problems amongst others and sometimes forget that by properly educating our children we can avoid replicating those issues.

I for one will always advocate for parents to teach their children that actions have consequences. Responsibility and accountability are valuable traits that will help them all the way through life!

Share this article if you, too, think that all children should be taught to take responsibility for their actions.