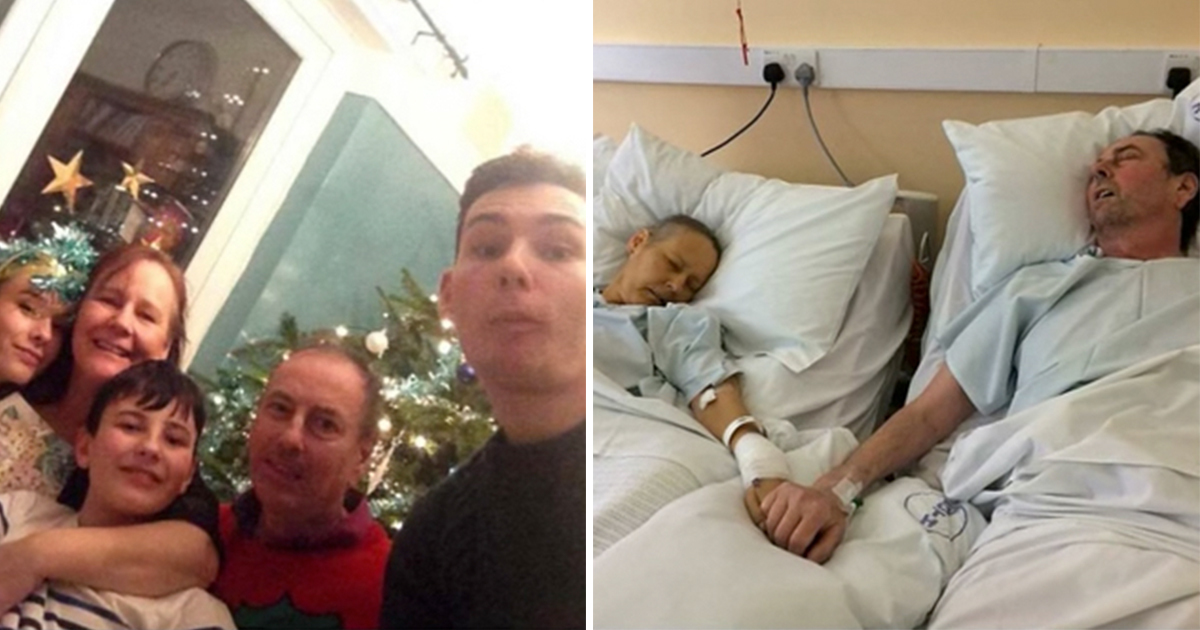 When Julie and Mike Bennet got married, they had no idea that they’d be as close in death as they were in life. The husband and wife were diagnosed with cancer just three years apart, and despite undergoing a variety of treatments, in the end, there was nothing the doctors could do.

In February 2017, Julie and Mike both passed away, and their last picture together shows a loving couple holding hands for a final farewell. Now, the couple’s children have shared the emotional image online, where it’s spreading like wildfire.

Four years ago, 57-year-old Mike Bennet was told he had a brain tumor. Then barely three years later, his wife, Julie, was diagnosed with liver and kidney cancer. Julie underwent chemotherapy and fought on for the sake of her kids. But when the cancer spread, there was nothing her doctors could do, writes the Daily Mail.

Last week, when the couple were close to their last breath, their children captured a heartbreaking photo of their last goodbye, something they chose to share with the outside world.

The picture was taken just hours before dad Mike passed away. Just six days later, his wife, Julie, followed him.

The couple’s children posted the photo online a week ago, and it soon spread around the world.

The three children are all students and have no close relatives in their hometown of Liverpool, England to take care of them. Thankfully, some friends have started a fund on their behalf, and as of this writing, the children have received more than $275,000.

“My brother, sister and I are overwhelmed by the enormous support and generosity we have received from so many friends and well-wishers,” the couple’s eldest son, Luke, told the Daily Mail.

It’s heartbreaking to know that these children have lost their parents, but I’m so glad that so many people have rallied around them. Please share their story and help raise awareness about their fund. These children deserve the brightest possible future!