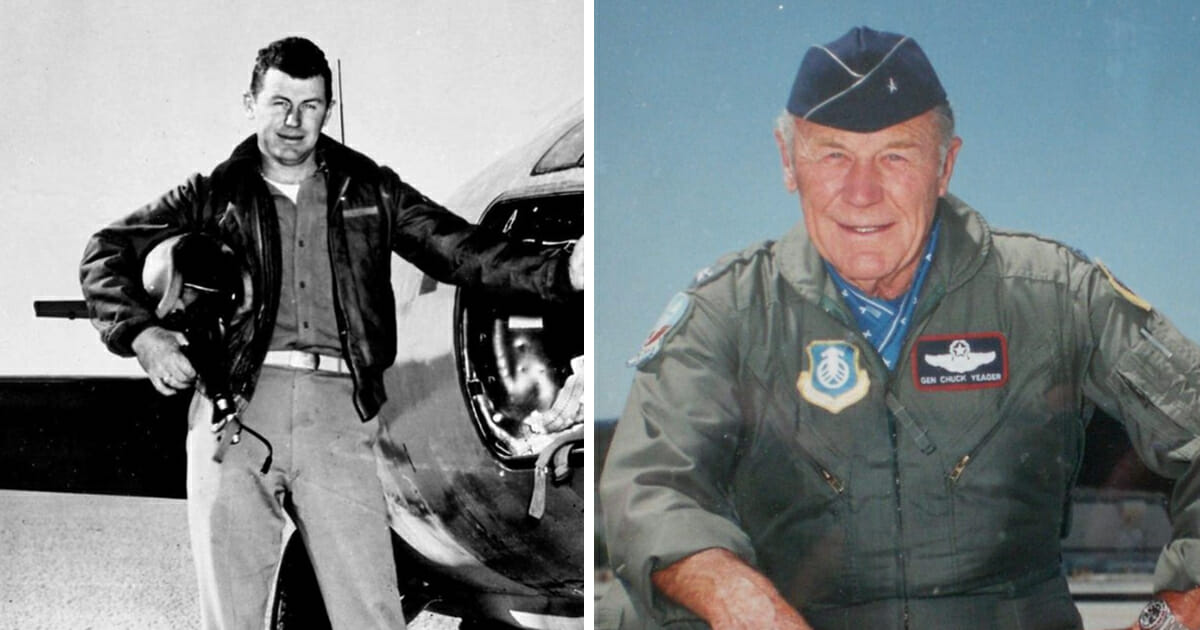 Chuck Yeager, a record-breaking former pilot, turned 97 on February 13. People may remember him for making history way back in the 1950’s, but his entire life is the subject of inspiration and respect.

Yeager became a decorated pilot during World War II, having joined the U.S. Army in 1941. He was assigned to Army Air Corps, but he had no idea his life would change that very December.

Like so many other young Americans, Chuck decided to take action. His age and lack of training had meant he couldn’t fight, so he had been serving instead as a private and mechanic at George Air Base.

After Pearl Harbor, however, things changed. His excellent eyesight, aided by lowered requirements of eligibility, meant there was another way he could aid the war effort.

He entered the flight program. In England, his aircraft, Glamorous Glen (named after his girlfriend, Glennis), tore across the skies.

Then, while flying over France, Chuck was shot down. Stranded in occupied territory, he could easily have been captured by the Germans. Instead, he was able to escape with the help of the underground resistance.

Having shown award-winning bravery, Chuck might have considered his service done. Instead, he convinced General Eisenhower to let him continue, going on to serve a total of 61 missions, during which he shot down a dozen German aircrafts.

By war’s end, Chuck had a reputation. He was given the opportunity to test an experimental aircraft, the X-1. When he did so, he became the first human to break the sound barrier. Then, after a Navy flight broke his record, he returned to set a world speed record of 1,650 mph.

And yet, as per a variety of sources, he remained humble through it all. This February, this living legend turned 97, and we can think of few better to have been given the gift of life for so long.

Congratulations on turning 97, Chuck! We wish you all the best in the future.

Share this article if you, too, want to wish Chuck a happy birthday.