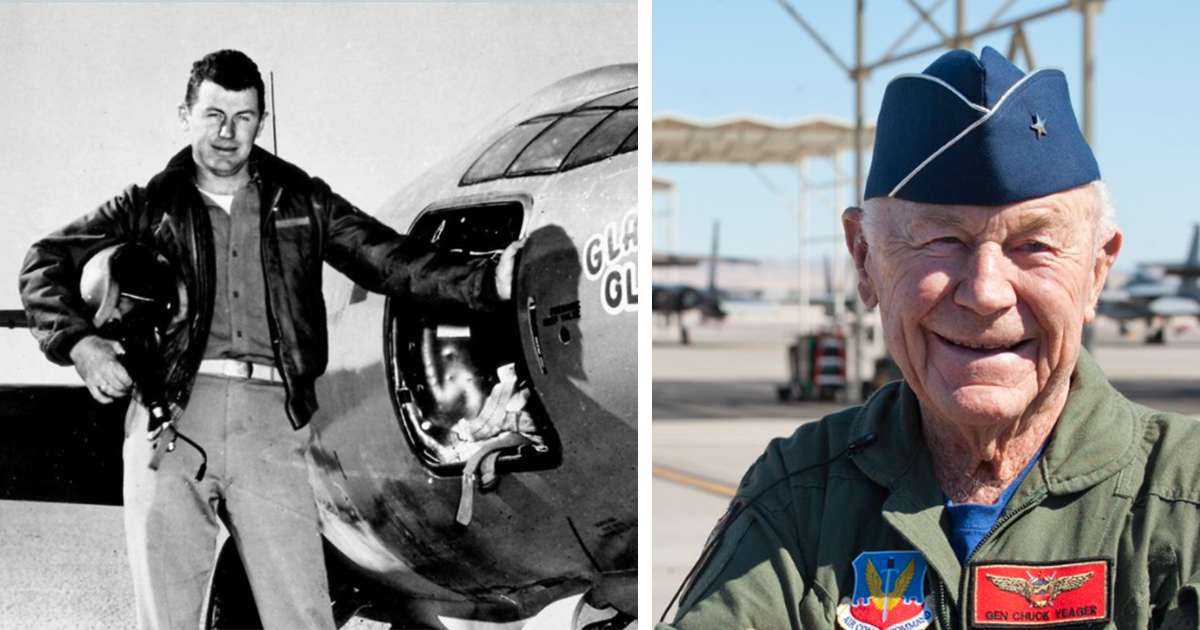 Chuck Yeager, known to history as the first pilot to ever break the sound barrier, has passed away aged 97.

The former fighter pilot, who was dubbed America’s Greatest Pilot, served in the Second World War before going on to become a test pilot.

It was in the latter capacity that he accomplished perhaps his most legendary feat when his plane reached the speed of more than Mach 1 (767mph) on October 14, 1947, breaking the sound barrier in the process.

The sheer-scale and bravery of that accomplishment must not be understated, particularly since at the time no one was sure if an aircraft could even survive the shockwaves of a sonic boom.

Yeager’s death was confirmed yesterday, December 7, by his wife, Victoria.

“It is [with] profound sorrow, I must tell you that my life love General Chuck Yeager passed just before 9pm ET,” she wrote on Twitter.

“An incredible life well lived, America’s greatest pilot, and a legacy of strength, adventure, and patriotism will be remembered forever.“

Having successfully broken the sound barrier, Chuck went on to smash several other speed and altitude records that in turn helped lead the US towards its space programme.

“Today’s passing of Gen. Chuck Yeager is a tremendous loss to our nation,” Bridenstine said. “His pioneering and innovative spirit advanced America’s abilities in the sky and set our nation’s dreams soaring into the jet age and the space age.

“Chuck’s bravery and accomplishments are a testament to the enduring strength that made him a true American original, and NASA’s Aeronautics work owes much to his brilliant contributions to aerospace science.

“As a young naval aviator, I was one of many around the world who looked up to Chuck Yeager and his amazing feats as a test pilot. His path blazed a trail for anyone who wanted to push the limits of human potential, and his achievements will guide us for generations to come.“

What an incredibly courageous man, and one who certainly played a vital role in making America what it is today.

Rest in peace, Chuck Yeager, and thank you for all the incredible memories.