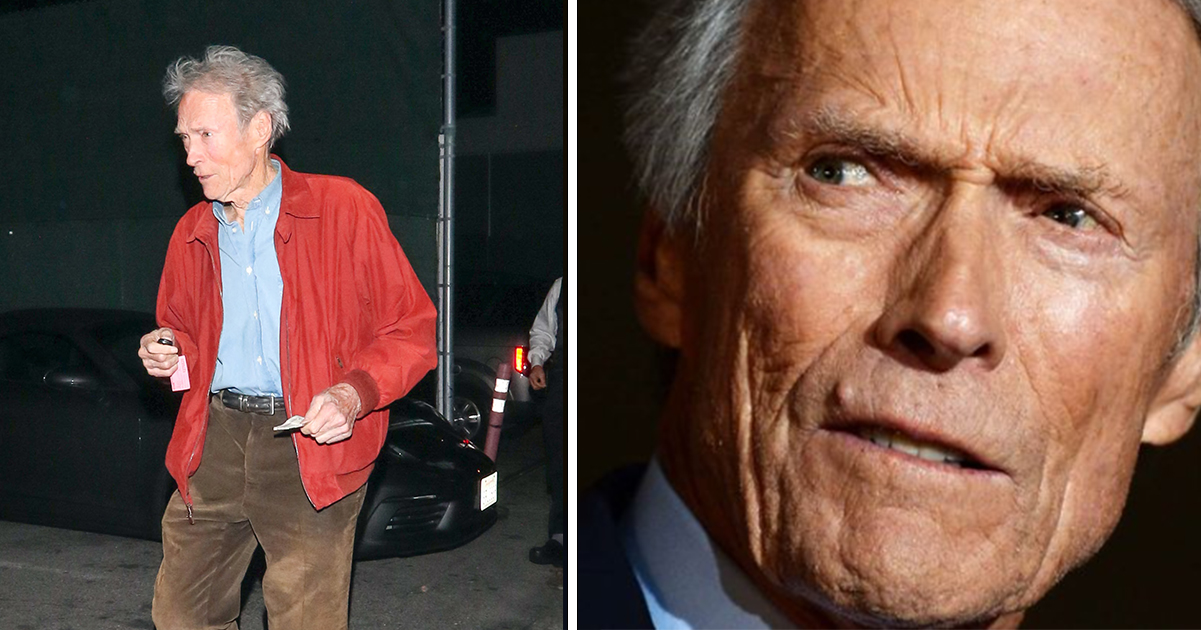 Clint Eastwood‘s been around for so long that there’s barely an inch of his life that hasn’t been published in one newspaper or another.

A titan of the big screen, it’s sometimes difficult to imagine that the legendary actor is now 92 years old.

Suffice to say that he’s seen and done it all, both in a professional capacity and a private one. Secrets, show-biz drama and salacious scandals, given that Clint has lived for almost 70 years in the searing spotlight, it’s unsurprising that he’s encountered his fair share of controversy.

Yet perhaps the biggest shock of his long life is one that not everyone is clued in on. Indeed, it’s one that the actor himself didn’t know about for a great many years.

When he found out, though, it would change his life in a big way …

Standing 6ft 4 in tall and possessive of rugged good looks and an oft-piercing gaze, it’s no great surprise that Clint Eastwood enjoyed the admiration of many a lady when he was in his prime.

All told, the actor is father to eight children, though for a long while he had no idea that was the case. No, Clint believed he had seven children for most of his life, until one day a woman claiming to be his daughter took him by surprise.

As per reports, while engaged to Maggie Johnson in the early 1950s – and before he became the illustrious name he is now – Eastwood had an affair with a woman in Seattle.

What he wasn’t to know was that she fell pregnant with his child, which she then put up for adoption after their relationship ended and they went their separate ways.

The child, a baby girl named Laurie Murray, was adopted by a couple in Seattle, but years later decided she wanted to find out who her biological parents were.

A family friend told the Daily Mail newspaper back in 2018: “This all happened around 30 years ago. Laurie Murray had been really interested in finding out who her real parents were and hired someone to help her. When they found the paperwork, her biological mother had written down Clint Eastwood’s name.

“From what it appeared, Clint Eastwood had no idea that she was even pregnant.”

They added: “I don’t think she had the best upbringing, certainly not privileged. When she found her biological parents, she reached out to her mother but she didn’t want to be contacted.”

Fortunately, Clint was more receptive to his biological daughter’s approach.

“It obviously came as a great shock to Laurie but I believe that Clint was extremely receptive to her and the situation,” said the family friend.

Laurie and Clint grew closer as the years passed, and she eventually became a regular fixture on family vacations.

Speaking to Inside Edition, McGilligan said: “I think when he discovered she was his daughter and realized she was that person from long before … he was okay with it.”

The aforesaid Daily Mail source revealed: “Laurie and her family are wealthy in their own right. So it wasn’t a situation, which I’m sure someone like Clint Eastwood is used to, of someone crawling out of the woodwork looking for money.

“Laurie is a very nice woman and very private, she definitely doesn’t go around telling people this.”

Clint has eight children all told; a son, Kyle, and a daughter named Alison from his marriage to Maggie Johnson; a daughter named Kimber, who he had with Roxanne Tunis – he had an affair with Tunis while married to Johnson; Scott and Kathryn, with former girlfriend Jacelyn Reeves; a daughter, Francesca, with Frances Fisher; and a son named Morgan, who he had with current wife Dina Ruiz.

Are you a fan of Clint Eastwood? How crazy is it that he went all thos e years not knowing he actually had more children than he thought!