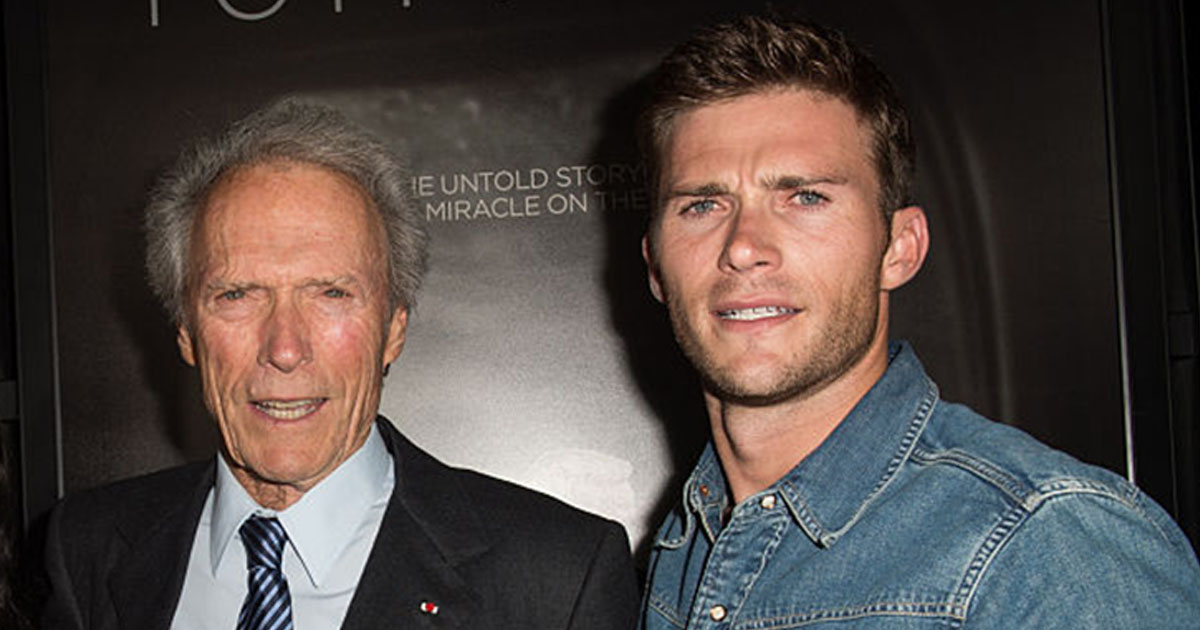 Clint Eastwood made his entire career out of portraying various tough guys on screen. Most people might not know that in real life, the actor is just as tough as the characters he has portrayed on screen over the years.

Now that Eastwood’s children are entering the limelight on their own accord, they have some interesting stories to tell…

Clint Eastwood has been known for his various roles as portraying cowboys and no-nonsense coaches. And apparently, in real life, he was just as tough! The actor is a father to eight children from various women, and while this meant his attention was divided, he still made sure to play an active role in the lives of all of his children.

Now as his children are all adults, they are coming into the limelight on their own. His son Scott Eastwood particularly has embarked on his own acting career which means he is being interviewed by major publications about his life.

And now we get to see another side of Eastwood through the lens of his children; what was Clint Eastwood like as a father?

His son Scott Eastwood remembers one particular incident that stuck with him throughout his life. In an interview with GQ Magazine, he revealed a lot of details about his relationship with his dad. One particular moment from when the actor was 16 years old came to mind.

He recounted the story, saying, “I had taken my younger sister, who was, like, 14, to this party,” Scott said. “I left, maybe to go get beer with the guys. And I left her and I didn’t think about it at the time. Later, Dad found out that I’d left her there.”

According to the interview, Clint Eastwood slammed his teenage son against a wall, grabbed him by his throat, and then proceeded to punch him right in the face.

The young actor recalls, he popped me and said, ‘You don’t ever leave your sister at a party. EVER.’ And it was very old-school, very old-school of him.”

The lesson remained with young Scott Eastwood. “He wasn’t afraid. None of this new-age bullsh*t where you can’t even smack the kid because everyone’s afraid of being judged or whatever,” he added. “That wasn’t the way that sh*t went down in that family… If you did something wrong, you were going to get punished. I learned quickly – you don’t do that.”

Physical punishment was not the only thing Eastwood doled out to his children, he also taught them other lessons which taught them a lot. Scott recalls how his father never gave any of his children a ‘handout’ and encouraged them to work hard!

Scott said, “My father’s definitely old-school. And he raised me with integrity—to be places on time, show up, and work hard.”

He remembered one particular incident which highlighted how strict his father was, “I called [Dad] and was like, ‘I’ve got this job, can I get eight grand to buy a truck?” he recalled. “I’m working this job, I can pay you back ‘X’ amount a month, you know,’ and I remember the phone going silent… And he’d just be like, ‘Yeah, no. You’re fine with what you’re doing.’ He wouldn’t give me a dime.”

But Scott clarified that his father was not the only one raising his children with values, the actor said, “And I don’t want to give him all the credit. Because Mom had a huge part in raising me too, and making me a better man, but he definitely was the hammer.”

But of course, his childhood memories with his father do not all revolve around discipline. He remembered a heartwarming memory, “Poking around the film set on Space Cowboys; taking long helicopter rides up the Californian coast, Clint in the pilot’s seat. Every now and then, he’d let his pre-adolescent son handle one of the dual controls. Sometimes, Scott would get dizzy and they’d set the chopper down in a patch of Redwoods and eat turkey sandwiches.”

As he grew older, his relationship with his dad evolved as well. He recalls how it has changed over the years,  “As a younger kid, there was kind of an aura of greatness.”

He talks about the relationship the duo shares now saying, “Like, he’s my hero. Now, I think every opportunity is an opportunity to hear another good story. The guy’s like a vault of stories.”

He says he is trying to get as many amazing stories out of his father as he can, saying, “I try to pry as many stories as I can out of him.”

“All of a sudden, you’ll get to a topic and you’ll be like, ‘Whoa, you and Frank Sinatra did what together?’ It’ll be stuff like that and you’re like, ‘Wait, stop, I need to hear this. You’re not going to be around forever.”

Even though a lot of people might assume that Scott Eastwood was born with a silver spoon, and while he was, he was never given handouts as one would assume. Clint Eastwood made sure his children were all used to working hard!

This is such an eye-opening story, who knew Clint Eastwood was such a strict and old-school father to his children!

Share this story with your friends and family to show them another side of Clint Eastwood they might have never seen!