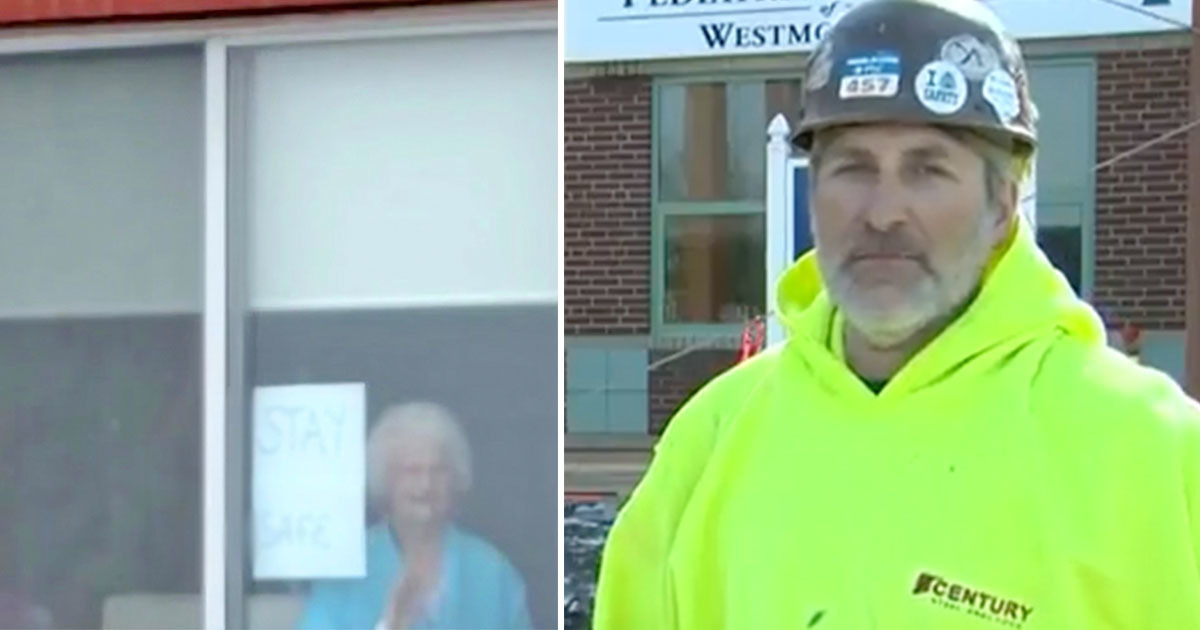 88-year-old Gloria Porter from Pennsylvania was admitted to Excela Frick Hospital with health problems. Anyone who has ever been in a hospital knows that it is not exactly a fun place to be, and time can move so slow while you’re there.

To pass the time, Gloria often sat and stared out her hospital room’s window. Outside, a new entrance was being built, and several construction workers were on site. Watching them work provided some mild entertainment for Gloria.

On one very cold and snowy day, Gloria feared for the men’s safety, who bravely climbed steel beams day in and day out.

One of the men, Jeff Reick, had for several days in a row seen Gloria in the window. He worried about her. He waved to Gloria, and she waved back. When she looked closer, she saw that he had written something in chalk on one of the steel beams. “Get well”, it said.

“I saw the lady in the window looking out, and I just thought it would be a kind gesture just to tell her to get well,” Jeff told Pittsburgh’s Action News.

And Gloria did not let that gesture go unnoticed.

Keen on reciprocating Jeff’s kind message, Gloria created her own message: “Stay safe” she wrote on a paper, then set up in her window.

When Jeff saw the note, he turned to his colleague in surprise. “Do you see that?” he asked.

Jeff was blown away by the note, it was just what he and his colleagues needed to hear on that cold and windy winter day. Safety is something they always take very seriously.

That same day, a stranger presented Jeff and his colleagues with an envelop. It included lunch money for everyone, another gesture that warmed the men on that cold day.

It’s amazing what a few kind words can do.

Please share this nice story with your family and friends, it can inspires more people to brighten up a stranger’s day.