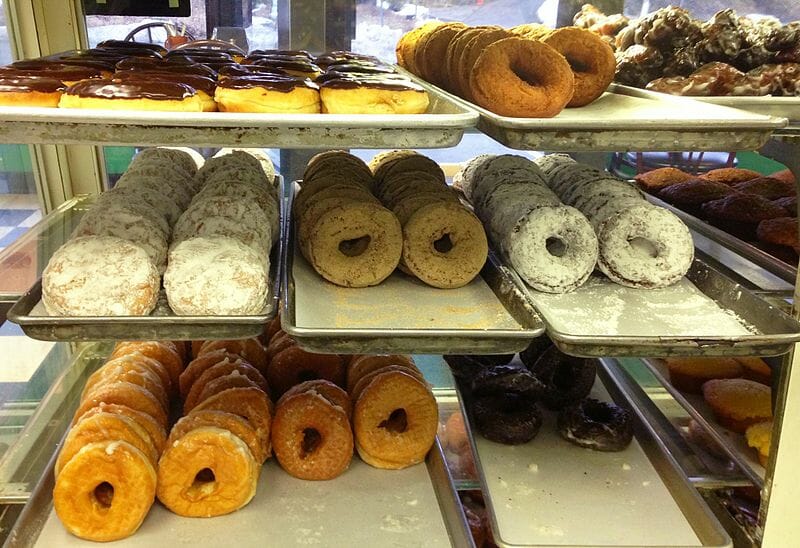 Sometimes, it’s the smallest little gestures of compassion that warm the heart most. This story is simply an excellent example.

An entire community is rallying behind a member of their community and someone they view as a friend — by buying donuts.

Owners of Donut City John and Stella Chan moved from Cambodia as refugees in the 70s. Some time later, they bought the Seal Beach, California shop and started their new life together in America.

The two were inseparable and always seen side by side running their business and selling their delicious donuts — for 30 years.

The beloved couple were well known by everyone to be lovable and hard-working members of their community, arriving at their shop together before sunrise and rarely taking a single day off.

But one day, people began to notice that 63-year-old Stella wasn’t at her husband’s side. They began to ask questions and heard the sad news: Stella had suffered an aneurysm and needed plenty of time to recover.

This was of course a difficult time for 62-year-old John, who was now forced to manage the shop on his own, without his wife’s much needed support.

But beyond that, and most importantly, John wanted to be at his wife’s side at all costs. It was a difficult time for the couple — but then something exceptional happened. When a regular customer of the shop, Dawn Caviola, heard the news, she felt she just had to do something.

“I went home and I just couldn’t get it out of my head,” said Dawn. “They are just such hardworking people.”

So Dawn used social media to ask the local community to help with something as simple as effective — buy as many donuts from the shop as early in the day as possible — so that John could attend to his sick wife.

“I have never done anything like that before but I just thought if everyone can just buy a dozen doughnuts, it might help him out. I didn’t think it would become this big,” Dawn said.

The reaction was indeed tremendous. Members of the community began to pour in to buy donuts from John and Stella’s shop, early during the day, just so that John could close hours earlier than usual and be with his sick wife.

This wonderful, moving gesture made me tear up! Talk about rallying behind members of the community in the most simple, yet thoughtful way.

Watch the news report below about this wonderful gesture.

So much love in this simple story! It makes me think this is what things should always be like — if they were, we can be certain the world would be a better place. Please share if you agree we have to stand behind each other, and it doesn’t always have to be through huge gestures.