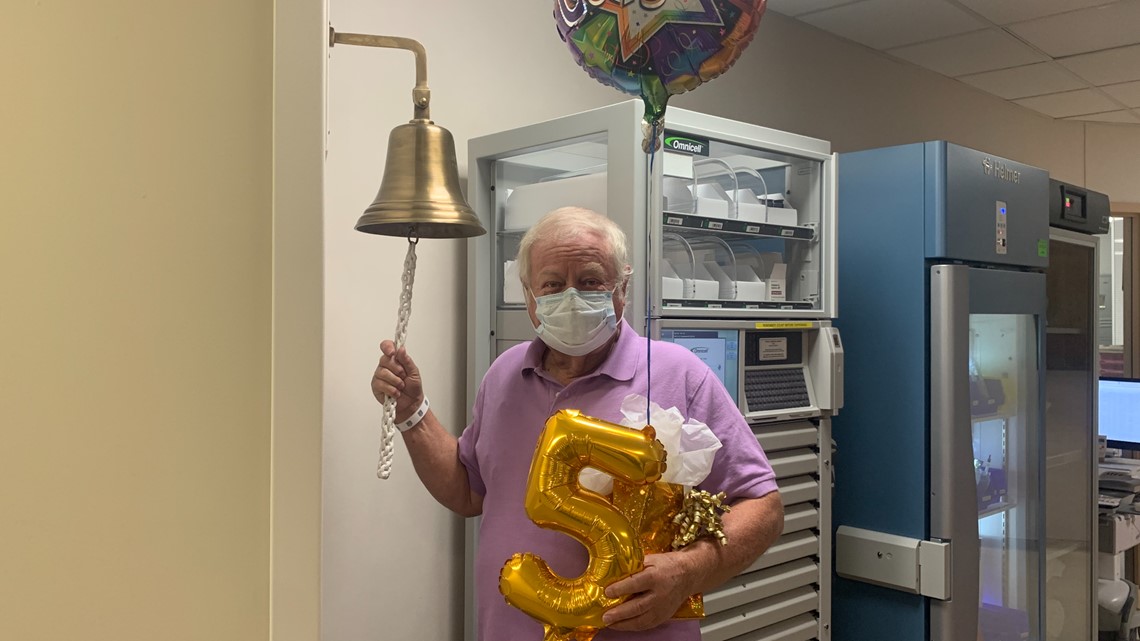 Cancer is an enemy all of us dread to face, which is why those who wage war against the terrible disease deserve credit and praise for their unquestionable bravery.

One of the worst things about cancer is how it affects and impacts all people differently. Some people can be diagnosed and treated and go on to live the rest of their lives without issue. Some have far worse prognoses, and are cruelly snatched away from their loved ones.

Earl Groce, of Greensboro, North Carolina, knows all about what it’s like to be hit with damning news. He went to the doctors back in October 2015, complaining with what he thought was a herniated belly button.

It transpired to actually be a special type of cancer called a Sister Mary Joseph nodule. He was diagnosed with stage 4: the cancer had metastasized to his lungs, liver and peritoneum.

Now, the fact that Earl Groce is still alive today should not simply be passed over. The five-year survival rate for his kind of cancer is only 3%.

In fact, Earl’s progress is so impressive that his doctor said he hasn’t seen it before.

Dr. George Yacoub, assistant professor of hematology and oncology at Wake Forest Baptist, said: “In my career, I don’t recall anyone who has been diagnosed with stage 4 pancreatic cancer living as long as Mr. Groce.”

Early underwent his 116th chemotherapy treatment on the day marking his fifth survival.

“I’m thankful my daughter encouraged me to go to the doctor. And she’s the one who found the experts at Wake Forest Baptist’s Comprehensive Cancer Center which led to the clinical trial I’ve taken part in,” Earl said.

“Very few people who get my diagnosis are where I am today and I owe that to my wonderful health care providers, my clinical trial and family, and friends who have supported and encouraged me.”

I can only imagine the physical and mental battle Earl must have been through over the past few years. Every person having to deal with cancer deserves the utmost respect, and we hope he can continue his fight and continue defying the odds for many years to come.

Do you know anyone who has suffered with cancer? Or have you yourself? Let us know about your experience in the comments box.

Meanwhile, share this article on Facebook to show your support for all the people who have lost their lives to this terrible disease, those who continue to fight it, and those who have dealt with it in the past.