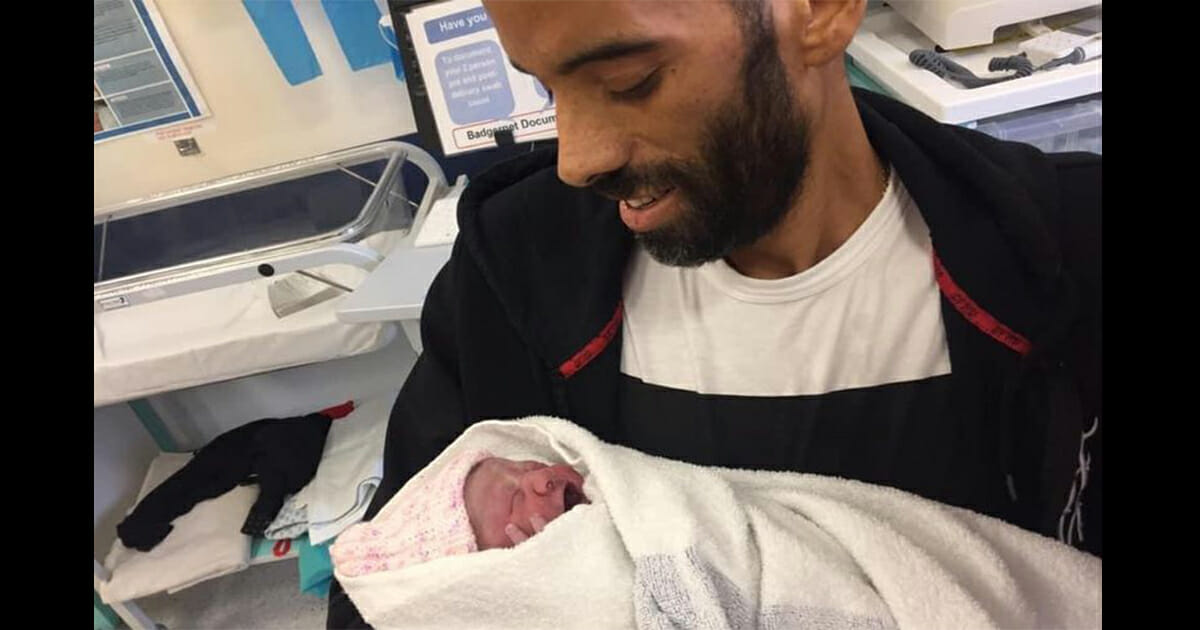 Cancer is a truly merciless disease, anyone who’s been through a battle or seen a loved one do so will attest to that.

For every person who wins their fight there are many more who aren’t so lucky. They’re no less deserving of life, but they’re taken – in many cases far too soon – by the sickness that has proven itself an almost unparalleled blight on our species.

Today, we spare a thought for Jamie Hunter, the terminally-ill father who died from cancer just 48 hours after the birth of his daughter.

As per the Daily Mirror, 38-year-old Jamie’s final wish was to cuddle his baby, Harper-May, and he was able to do that after she was delivered early last Monday.

The new father then succumbed to his disease on Wednesday. The news was confirmed by Sutton United FC, where Jamie was a manager and coach.

“It is with deepest sadness that we have to announce the passing of our beloved Jamie,” their post read.

“A wonderful partner to Beccy and daddy to Harper-May. Please respect the families wishes at this time. No further information will be given out. Please allow the family to grieve in peace.”

Jamie, a PE teacher at a school in Sutton Coldfield, UK, was over the moon when he and his partner Beccy Flint found out they were expecting.

However, the 38-year-old began to experience crippling pain late last year and was then diagnosed with kidney cancer in March.

Just one month later he was dealt a bitter blow, when doctors informed him the cancer had spread to his liver and was now incurable.

“As a PE teacher, he has touched so many lives and has been an outstanding role model, developing young people through all walks of life.

“The kids love him at school. He’s always helping kids. He’s always put himself out for everyone else before himself.”

Such tragedies happen almost every day, but that doesn’t make them any easier to digest. I’m truly heartbroken by Jamie’s story, and the fact Harper-May will now grow up without her father.

Share this article to send prayers and thoughts to Jamie’s family at this difficult time.