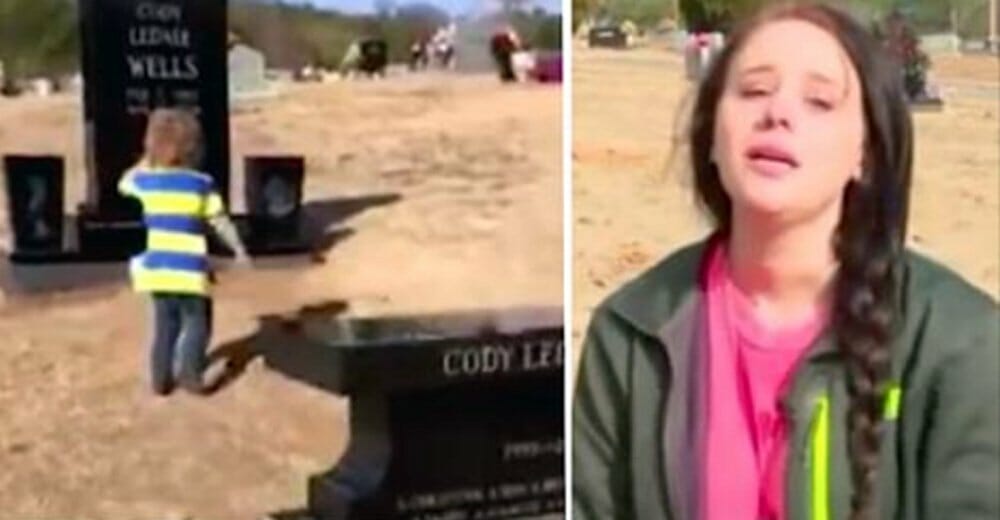 Cody Wells was just 23-years-old when his vehicle veered off the road one night in Alabama. Tragically, his car collided with a tree and he was killed in the accident.

Cody was survived by his girlfriend, Danielle, and their two-year-old son, Braxton. Naturally, they both found his passing extremely difficult to get over. Little Braxton didn’t understand why his father had suddenly disappeared, whilst Danielle was forced to raise the boy by herself, all the while coming to terms with the loss of her partner.

Together, Danielle and Braxton visited Cody’s grave every day at lunch time. Then, some eight months after Cody’s death, the mom and son found a mysterious present by his headstone. The story behind it hit me right in the feels …

Share
Tweet
That day was Christmas Eve, the first following Cody’s passing. When Braxton saw the present, he ran joyfully toward the grave.

“He thought his daddy had flown down from heaven to surprise him,” Danielle told WHNT News.

The package was full of toys for Braxton. The little boy was taken back by the presents and immediately began to play with them.

Danielle would had given anything for the gift to have really been from Cody, but of course she knew that was impossible. She later learned that a friend of the family had placed the present at the grave. It was the same individual who had designed Cody’s gravestone.

“It’s very special to know that there are actually still good people out in this world that want to do nice things for other people,” Danielle said.

Given his father’s untimely death, it had been a long time since Braxton had been happy. The period after Cody’s passing took its toll on the entire family, and the Christmas present at the grave was a ray of sunshine in an otherwise bleak period.

“Just to see the smile on his face meant the world to me,” Danielle said.

It breaks my heart to hear about this family’s loss. No child should lose a parent at such a young age, and no young woman should lose her husband before his time.

Still, it’s a small consolation that Danielle and Braxton appear to have a strong support network surrounding them.

Please share this story if you were also touched by the kind gesture at the grave.