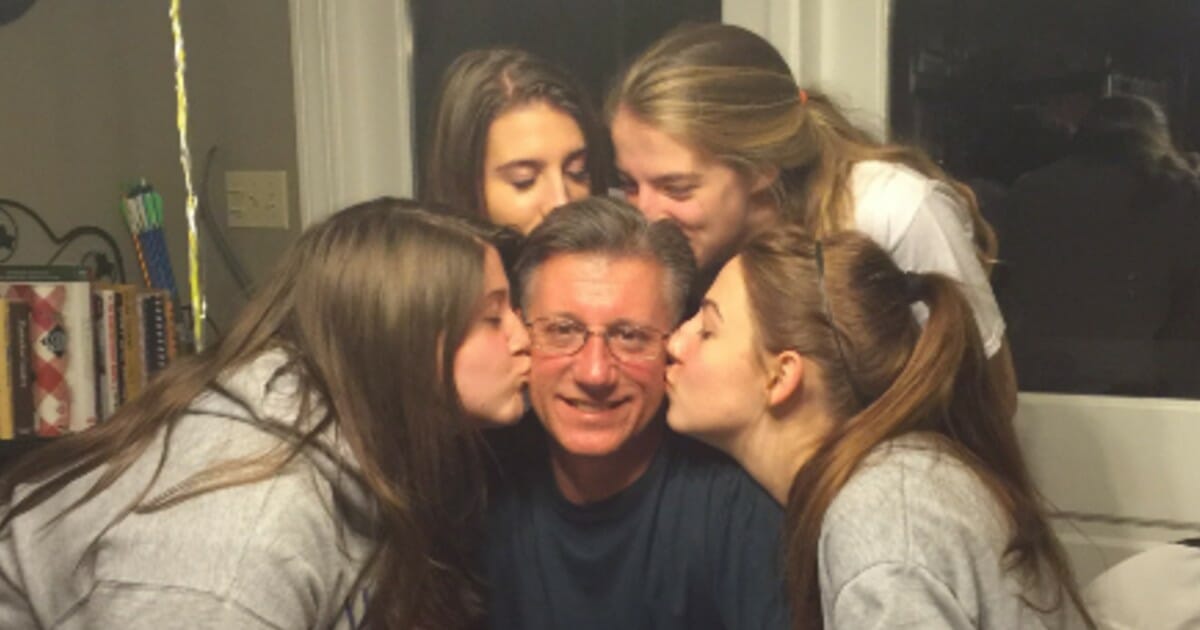 The Peppermans were enjoying a relaxing family vacation in the Florida Panhandle when things took a tragic turn. Fred Pepperman, 53, rushed to the aid of his daughters after they became trapped in rough waters.

The girls survived, but Fred did not.

“He did everything a dad is supposed to do,” his wife, Julie Pepperman told WTSP.

On July 14, the Peppermans and members of their extended family relaxed on a beach near Panama City. Even though Tropical Storm Barry was in the area and double red flags warning beach goers to stay out of the water were flying, Julie said the “water was fine.”

At one point the Pepperman’s 16-year-old daughter, Grace, began to struggle in the water. Her two older sisters, Olivia, 20, and Kathryn, 24, attempted to rescue her. They also became trapped.

Fred went in after them and used all of his strength to pull them out of the dangerous waters.

I need to thank the three strangers who jumped in the water to help us. Especially those that finished towing in Olivia…

As the girls made their way back to shore, the Tennessee father fell unconscious. Three good Samaritans pulled him to safety and performed CPR before he was transported to a local hospital where he was later pronounced dead.

“Without him, three of mine definitely would be gone,” Julie said. “It doesn’t seem real.”

Following the horrible incident, Colette said she hopes that more is done to warn tourists about the meanings of flags that fly at beaches. She explained that her family was from out of town and was unaware what the double red flags meant.

“No family should go on vacation and have this experience when it could have been helped or prevented.”

In addition to bringing awareness to beach warning systems, she set up a GoFundMe for the Pepperman family. According to the page, any funds raised will be used to help put the girls through school.

“You did good, Freddie. Our girls are safe. You saved your family,” Julie wrote in a Facebook post thanking those who have kept her family in their thoughts and prayers.