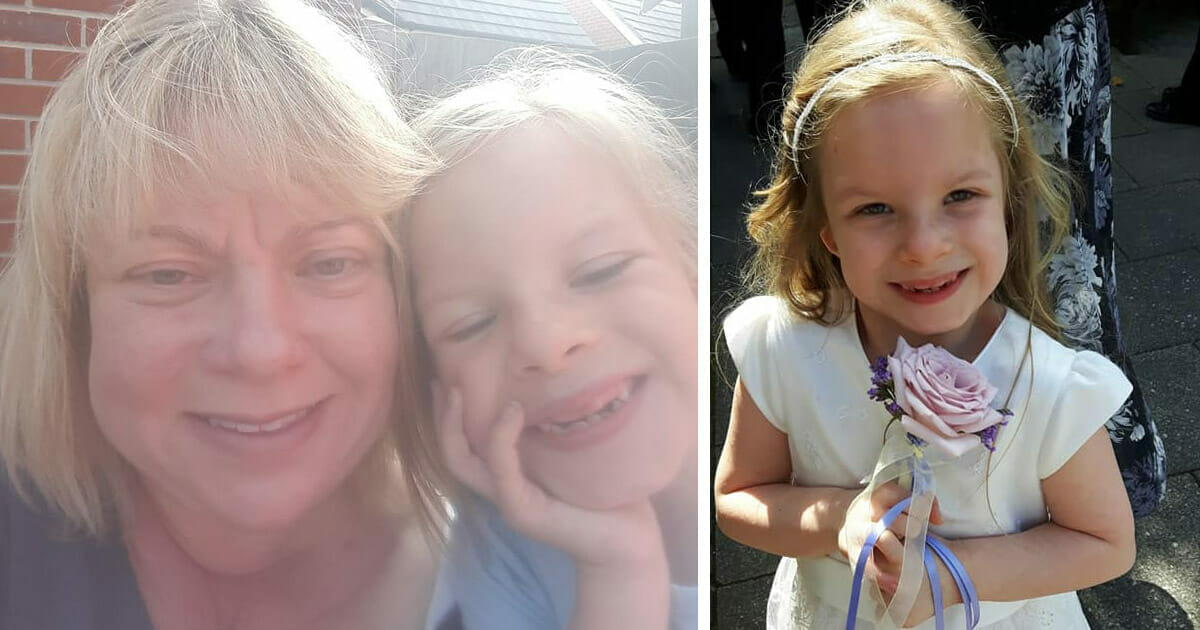 Losing a child causes the most unbearable pain for a parent and wounds that never heal.

For the parent whose child was murdered, killed by someone they love and trust, it’s understandable that the anger and hatred would run deep.

Mom Nikki Flux-Edmonds came home to find her daughter, husband and two dogs dead and still, three years later, doesn’t understand why her husband felt the need to take away the most precious thing in her life and then take his own life.

But the brave and inspirational mom found the strength to do something quite remarkable at her husband’s funeral, something that is a lesson to us all about forgiveness.

Nikki had asked her husband to look after their six-year-old daughter while she went to work as a store manager.

When she came home that afternoon she was met with an unthinkable horror: her daughter Keziah lay unconscious on the floor, next to the body of her husband Darren at their home in the Isle of Wight, England.

According to the Daily Mail, Nikki was seen stumbling out of the house in shock after calling an ambulance, but paramedics couldn’t save her precious daughter, she had been drowned.

According to the Daily Mail Nikki’s husband Darren was on antidepressants and having cognitive behavioral therapy, but “no action was taken when he told doctors he had dreamed of killing his family,” the publication reported.

“He also became convinced his wife was having an affair and would accuse her of texting another man if she spent too much time in the bathroom,” according to the Daily Mail.

Despite the pain of losing her daughter at the hands of her husband, she channels any anger she has toward the medical system she believed failed him.

“I don’t hate him because I don’t understand why he did it. And I don’t know how much of me not understanding what he was experiencing caused that for him,” Nikki, said, according to the Daily Mail.

When it was time for her husband’s funeral, Nikki chose to send flowers to her daughter’s killer.

She even sends presents to her husband’s family from Keziah every Christmas and puts her energy into campaigning on mental health issues.

“I will stand up for him and advocate for how he could have been treated better. He was my husband and my daughter could have lived if this had happened,” Nikki said.

Now Nikki has started a nonprofit in her daughter’s honor called “Kezi’s Kindness” where funds are raised to help needy children including Christmas gifts.

What an inspirational woman Nikki is; to channel her pain and trauma into something to help other needy children in commendable.

Please share to pay tribute to this wonderful and courageous lady.