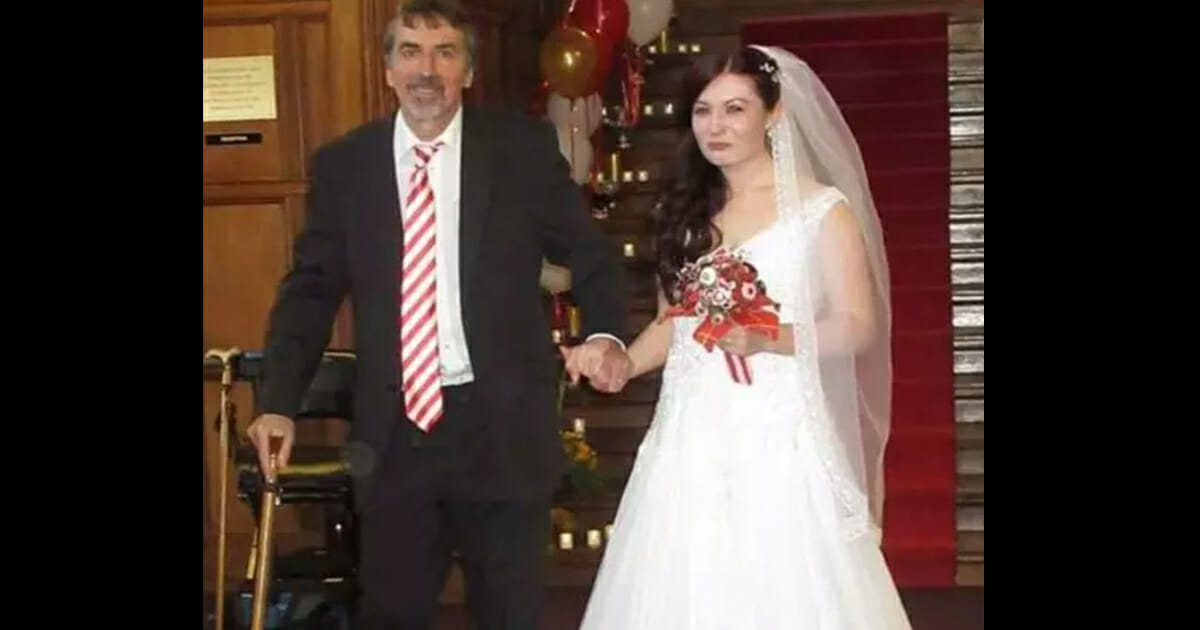 One of the proudest moments in any father’s life is the day he gets to walk his daughter down the aisle.

Having watched their little girl grow into a woman, meet her partner and elect to spend the rest of her life with him, it’s an honor for any man to undertake.

Of course, not all fathers can walk their daughters down the aisle. Some have sustained injuries or suffer from conditions that mean walking even a few feet is a momentously difficult task.

Such was the case for 59-year-old Steve Barnes, who was initially worried he’d have to miss out on performing his duty when his daughter tied the knot.

Thanks to a ground-breaking trial using brand new technology, though, he was able to ‘re-learn’ how to walk.

Steve Barnes has MS and spent hours learning to walk again with a robotic exoskeleton trial at Kent and Canterbury Hospital, just so he could walk his daughter Coral down the aisle on her wedding day. ???❤️️https://t.co/XzI2JnnHY1

According to reports, Barnes was one of 20 people invited to take part in a trial that aims to help people living with conditions such as multiple-sclerosis ‘re-learn’ how to walk.

It involved the use of a special robotic exoskeleton designed to strengthen the core abdominal muscles, by encouraging the wear to use them when carrying out activities such as lifting weights and throwing and catching a balloon.

The suit also helps the patient to ‘walk’ back and forward slowly, with the end result being an improvement in strength, balance and mobility.

Barnes was then able to practise further at home, all with the aim of getting himself ready for his daughter Coral’s wedding.

“At the start of the trial I could only stand for 30 seconds,” Barnes said.

“At the end they asked me to do it for two minutes, and those two minutes were effortless. I am sure I could have gone on and done more.

“I was also able to balance while looking over my shoulder and reaching forward while standing – it felt quite revelatory being able to do these things.”

Barnes also spoke about the wedding day itself, stating that the ceremony was “brilliant”.

He continued: “It was really emotional – the night before the wedding, my daughter gave me some socks with the words ‘slow and steady’ on and the date.

“I didn’t want to let her down and even that morning the registrar said we might have to think about using the scooter as my legs were hardly functioning, but I was able to do it and it was brilliant.

“The whole day was fantastic but the fact I was able to walk her down the aisle was the icing on the cake.”

Dr. Mohamed Sakel is one of the leaders of the trial Barnes undertook. He said he hopes the data gathered from patients like Steve can be put towards helping even more people in the future.

Indeed, what an amazing thing Steve Barnes was able to do thanks to technology!

Please share this story if you thought it was a wonderful example of human determination.